The price of the dollar in Lebanon today, Saturday, October 10,... 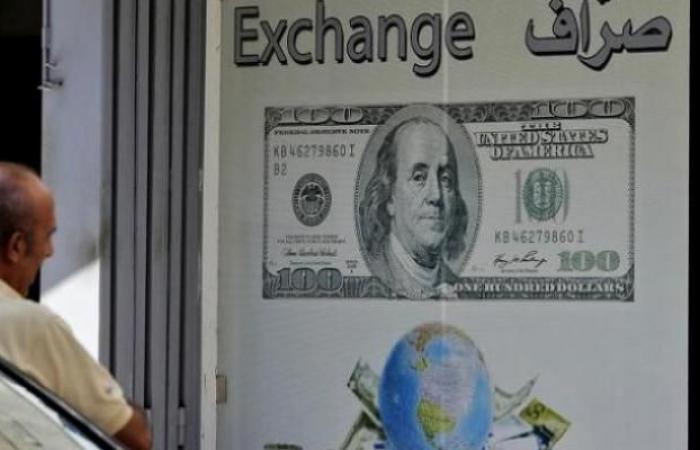 The price of the dollar against the Lebanese pound increased today, Saturday, in the parallel (black) market, slightly higher, amid a shortage of supply.

With the escalating threats, with a day of anger to reject the government’s plan to reduce subsidies, while the exchange rate of the dollar stabilized in banks and exchange offices.

The average price of the dollar on the black market in Lebanon was about 8750 pounds for purchase, and 8,850 pounds for sale, and the price usually varies according to regions and demand, while the price has stabilized in banks and money changers.

Hassan Diab, head of the Lebanese caretaker government, said that any move to lift all subsidies at the present time is unacceptable and will cause a social explosion, stressing that the Banque du Liban is responsible for the consequences of removing subsidies on basic materials.

In a speech on Friday, Diab added that the government has spent 4 billion dollars so far in 2020 on subsidizing food, medicine, flour and wheat imports.

The head of the Lebanese caretaker government indicated that the situation the country has reached calls for a stand of conscience, a rise in individual gains, and the primacy of the national interest over the individual.

The collapse of the lira

Banks in Lebanon have faced a crisis since last year after political turmoil, as remittances from expatriates declined and foreign exchange liquidity diminished, which led to the government suffering in financing a mountain of debt.

The Lebanese pound collapsed as banks imposed harsh restrictions on withdrawals from bank accounts denominated in dollars, blocked transfers, and reduced spending limits on cards abroad to a level that in some cases reached $ 15 a month.

With leaks about the government’s move in Lebanon to cancel the subsidies, the land transport sector unions and the General Labor Union in Lebanon refused to lift subsidies on basic commodities and fuel, in a decision being considered by the government and the Bank of Lebanon.

The unions warned that this step, which would increase prices sharply, would be the spark to ignite the country, and they announced popular action.

And unofficial information indicates that the Central Bank will not be able to support fuel, wheat and medicine for more than the next three months.

These were the details of the news The price of the dollar in Lebanon today, Saturday, October 10,... for this day. We hope that we have succeeded by giving you the full details and information. To follow all our news, you can subscribe to the alerts system or to one of our different systems to provide you with all that is new.