Stock market closedings diverged for the second session – the economic... 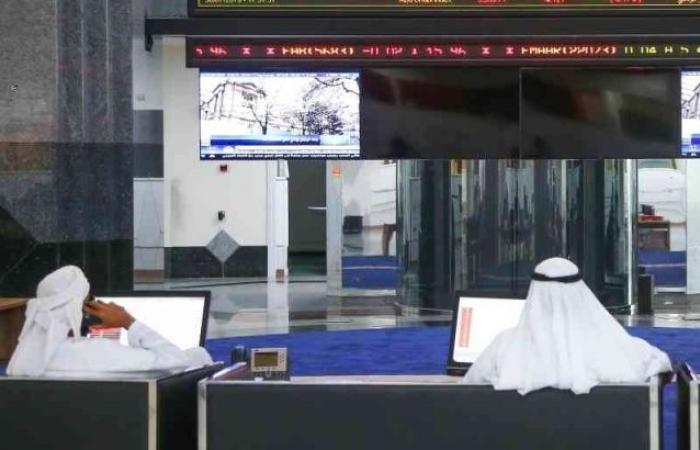 The closing of local stocks varied for the second consecutive session at the end of yesterday’s session, with the continued absence of incentives and the control of anticipation on sentiment awaiting the quarterly results of companies, while selective buying reinforced the rise of some shares led by “Emirates NBD”, “Aramex” and “Abu Dhabi Commercial” And «communications». The Dubai market fell 0.57% to 2,212.73 points, with the decline in real estate, insurance, investment, transportation and services shares, while the Abu Dhabi market rose 0.26% to 4494.52 points, with the rise in banking, communications, investment and commodity shares. The shares attracted liquidity by about 467.7 million dirhams, of which 140.6 million were in Dubai and 327.14 million in Abu Dhabi, and 333 million shares were traded, distributed by 237.9 million in Dubai and 95 million in Abu Dhabi, through 5261 deals.

The rise of the Abu Dhabi market boosted the rise of the banking sector by 0.09%, with Abu Dhabi Commercial rising 1.28%, while First Abu Dhabi stabilized, Abu Dhabi Islamic fell 0.72%, the telecom sector rose 0.96%, and the investment sector increased 0.07%. The energy sector fell 0.4%, and the real estate sector did not witness any significant change. «First Abu Dhabi» led the trades, attracting 87 million dirhams, followed by «International Holding» 57.47 million dirhams. “Abu Dhabi Commercial” achieved the largest increase by 1.28%, while “Waha Capital” was the lowest by 1.96%. Arab, Gulf and foreign investors tended to buy in the Abu Dhabi market with a net worth of 22.24 million dirhams, while local investors deliberately sold.

* Drake & Scull’s board of directors will discuss developments related to the restructuring process at its meeting to be held on October 12th. The company clarified, in a disclosure to the Dubai Market, yesterday that the Board will also discuss the review and approval of the semi-annual financial results for the fiscal year 2020. The company has officially started, since September, the process of inviting all concerned creditors to register their claims with the certified expert, explaining that these An essential step, and an important part of the broader plan to restructure the company, after the Financial Reorganization Committee finally agreed to support the company’s restructuring process. The company’s share has been suspended in the Dubai market since mid-November 2018, due to the successive crises, after the disclosure of heavy losses, suspicions of fraud and corruption.

* DXB Enterprises will hold its general assembly meeting on October 25th to elect a new board of directors for the company, as the term of the current board is about to expire, subject to the approval of the Securities and Commodities Authority, while the board approved the resignation of the members Malik Al Malik And Sudanese Mukesh.

These were the details of the news Stock market closedings diverged for the second session – the economic... for this day. We hope that we have succeeded by giving you the full details and information. To follow all our news, you can subscribe to the alerts system or to one of our different systems to provide you with all that is new.