E-commerce boom in Latin America due to quarantine 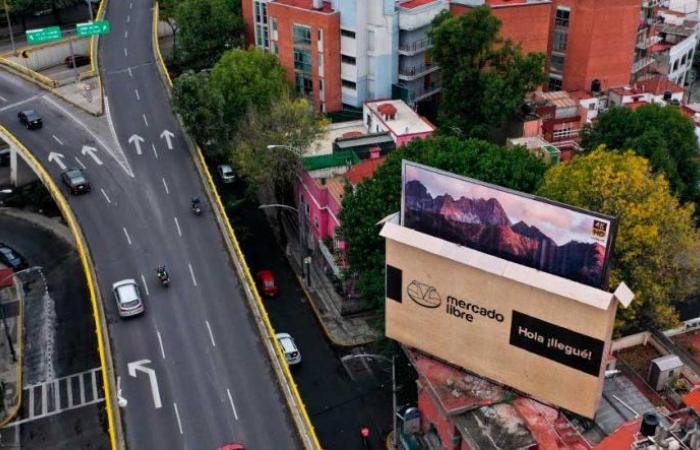 Mexico – AFP: Millions of Latin Americans quarantined in their homes due to the Covid-19 epidemic have gone online shopping, which has reflected huge revenues on e-commerce.
This sales boom pushed small businesses and neighborhood stores to adopt technology or use modern communication tools to protect their customers.
The epidemic contributed to “changing habits, and it played a decisive role in the boom in e-commerce.” More than 10 million people in Latin America, who have never resorted to the World Wide Web for shopping, are buying their needs regularly from the Internet, ”says Oscar Silva, an expert in global strategies at KPMG Consulting in Mexico.
The Argentine Mercado Libre platform, which can be accessed in 18 countries, with its business model similar to that of Amazon or eBay, is the largest regional e-commerce platform.
At a time when the Latin American economy was falling apart, sales of the Argentine platform doubled in the second quarter of the year. The number of buyers through it increased by 45.2% to reach 51.1 million buyers.
Its capitalization on the stock exchange reached 55 billion dollars, to rise to the ranks of the Brazilian company “Valais”, the largest electronic sales company in Latin America.
“People were afraid of being scammed or that the product they bought without seeing it would not live up to their expectations,” says Oscar Silva. “But it is very likely that a large number of buyers will become permanent customers after realizing how easy and effective it is to shop on the Internet.”
David Gissen, director of the Mexican branch of Mercado Liberia, points out that “loyal users now buy in 12 days what they used to buy in the 17 days before the outbreak of the epidemic… And those who were shopping on the Internet from time to time now buy in 29 days what they were buying. in a year”.
At the beginning of the general isolation, sales were based in large part on medical masks, antibacterial disinfectants, thermometers, and oxygen meters, but soon they expanded to include other goods and services.
Internet consumer fever, fueled by fear of contagion, has spread to very closed economies, such as Cuba, where sales of the online government platform, Twinview, have soared.
The expert at KPMG Consulting and Accounting points out that several companies went bankrupt because they were not offering their goods on the Internet or because they were not proficient in working in this field.
He explains that “the major platforms are the winners, but some neighborhood companies have succeeded in maintaining their customers or gaining more of them by resorting to simple applications such as WhatsApp.”
According to the “AbsFlyer” group, downloads of e-commerce applications increased by 93% in the second quarter of the year in Latin America, led by Brazil and Mexico.
E-commerce in the region’s largest economy rose 56.8% between January and August, with a network of 135,000 new stores playing a key role in stimulating economic recovery, according to the Brazilian E-Commerce Association.
Some governments are seeking to take advantage of this new market to limit the high public expenditures caused by the spread of the Coronavirus.
And the Ministry of Economy in Brazil intends to impose a tax on electronic exchanges of 0.2%. In Mexico, the ministry plans to impose taxes on electronic sales.
Modern audiovisual platforms such as Netflix will not escape these measures, after the crisis increased their popularity. For example, Ecuador imposed a 12% value-added tax in September. As for the net profits achieved by Netflix at the global level, they increased by 166% in the second quarter, compared to the same period in 2019, to reach $ 720 million.
At a time when unemployment hits millions in Latin America, Sergio Garcia, 60, is optimistic about his future as a delivery agent dealing with one of the e-commerce giants.
“Demand has increased dramatically in light of the spread of the epidemic,” he says. If the demand doubles (at the end of the season), our wages will increase by 50%. ”
He earns $ 0.3 for every package he delivers. This amount is not “much, but it is better than what a person earns from any other job,” says Garcia.

These were the details of the news E-commerce boom in Latin America due to quarantine for this day. We hope that we have succeeded by giving you the full details and information. To follow all our news, you can subscribe to the alerts system or to one of our different systems to provide you with all that is new.