Optimism in the natural gas market with rising demand and prices 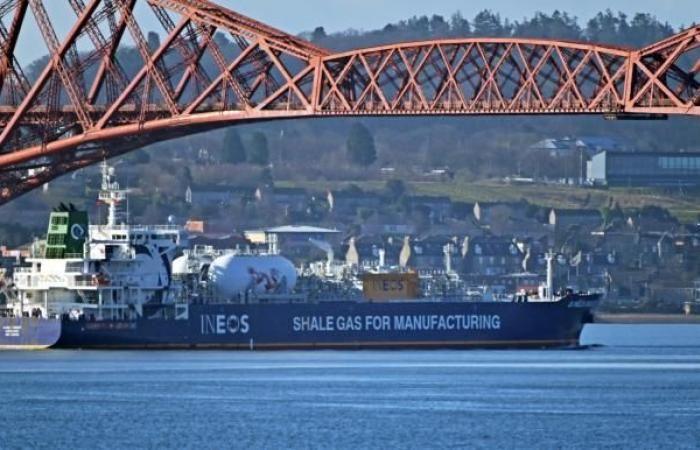 The coming winter season is expected to bring about fundamental changes in the foundations of supply and demand that govern the natural gas market in the world due to the increasing demand for heating in the northern hemisphere, and the Chinese market has begun to emerge from the Corona pandemic, and has achieved a rise in industrial production for the fourth consecutive month.

In this regard, the US Energy Information Administration expected natural gas prices to rise in the coming months due to the high demand in the winter period, and the decline in US production of natural gas after the closure of many producing wells amid the significant deterioration in oil prices.
The Energy Information Administration said in its Energy Perspective Report issued on September 24 that natural gas prices will rise in the US market and the main markets in Europe and Asia.
According to the Energy Information Administration in the report, the hurricane season and the winter period will lead to disrupt production and export of liquefied natural gas on the US coast. She stated that the disruption in the production and export of US gas coincided with the increase in demand for natural gas in industrial facilities in Asia and Europe, noting that these factors would lead to a rise in natural gas prices during the winter and first months of next year 2021. Natural gas is still the main source. Generating electricity in the United States, accounting for 38.4% compared to coal and other renewable energies.

Natural gas prices on the Chicago Mercantile Exchange witnessed a remarkable rise in futures contracts, as they rose by more than 20% in last week’s trading, jumping by 15% on Wednesday, then 5% on Thursday due to the shortage in natural gas stocks, to raise the price Million British thermal units to $ 2.22, while the price of the October contracts settled at $ 2.227.
However, it is noted that there has been a significant jump in the futures contracts after October, as the November contracts were dealt at $ 2.85, and the futures contracts for the months between December and March were dealt above $ 3.20. The contract for the month of January, which is considered one of the traditional months of high gas prices, rose to 3.44 dollars.
The Energy Information Administration stated that the demand for natural gas is rising above production levels, which are much lower than last year. The Energy Information Administration expects natural gas prices to rise on average to $ 3.7 next year.
For its part, the publication, “Natural Gas Intelligence – NGI” expected that the prices of liquefied gas will continue to rise during the coming period, indicating that the US market is concerned about the shortage of stocks with the advent of winter.
Contrary to expectations of future demand for oil, especially heavy crudes that have less demand due to the high pollution of the climate, the “Petroleum Intelligence” bulletin believes that natural gas will be the winner of the global trend towards reducing carbon dioxide emissions, but it will face competition from renewable energies in the future. .
It is expected that the high demand for natural gas in China will contribute to the improvement of gas prices that were hit by the Corona pandemic sharply at the beginning of this year.

China suffers from environmental pollution more than other Asian countries due to industrial concentration, as dense clouds cover its main cities in the winter. The demand for natural gas in China has increased to 300 billion cubic meters this year, and it is expected that the demand will continue to rise, reaching 520 billion cubic meters in 2030 and 600 billion cubic meters in 2050.
In Europe, demand for gas rose to 500 billion cubic meters this year. The continent faces during the current winter a shortage of gas production from the Netherlands, but the rate of increase in demand depends on the cold of the winter and the repercussions of the Corona pandemic. Europe relies more on natural gas for heating than using other energies.
But over the next five years, German demand will be the determinant of gas prices in Europe, especially if the United States manages to obstruct the completion of the “Northern Torrent 2” project, which transports 55 billion cubic meters of Russian gas annually to the German market.
The United States strongly opposes the project to transfer Russian gas to Europe, and considers that it will increase Moscow’s influence on the continent, and in return, European officials consider that energy policy is a purely European affair, Washington should not interfere with it, while experts believe that the administration of US President Donald Trump wants In solving its crisis with US energy companies by exporting more shale gas to European countries. But certainly, the Northern Torrent Project 2, which passes under the Baltic Sea, is one of the important numbers in the demand for natural gas in the future, especially the demand for liquefied gas.
Natural gas prices were severely affected by the Corona pandemic during the first half of this year, but the International Energy Agency stated in its view of the demand for natural gas for the next five years, that global demand for natural gas will decline during the current year by 4%, or about 150 billion cubic meters. .
She indicated that the demand for gas will rise again during 2021 and 2022, noting that demand will continue to rise in countries with rapid growth, such as India, as it expects Indian demand for gas to grow by 10% this year. But the expectations of energy demand depend to a large extent on the world’s ability to control the Corona pandemic due to the devastation it causes to its uses in industry.
With China’s gradual exit from the Corona pandemic, gas traders and futures speculators are looking at the Japanese market, which is the second largest consumer market for gas in Asia, and are anticipating the energy policy that will be followed by the new Japanese government headed by Yoshihide Suga, and whether it will continue the policy of stopping nuclear power generation. First. The nuclear reactor disaster in Fukushima Prefecture in 2011 raised the volume of natural gas consumption in generating electricity in Japan.

Among the other factors that are expected to increase the demand for natural gas, the new global law that came into effect at the beginning of this year regarding pollution of the seas. The law limits the percentage of sulfur, as well as limits the use of fuels polluting the seas, especially oil.
This law is expected to boost the use of LNG in commercial ship fuel in the coming years.
According to the Marine Link global bulletin, there are about 400 ships currently operating on bunker out of 8,000 ships registered worldwide, but this demand may increase over the years. And there are many ports that pressure ship companies to implement the new law, otherwise they will face fines.
The natural gas industry has received the largest demand shock this year. Even before this shock, the International Energy Agency indicated in its June report that natural gas markets were enjoying strong supplies, which led to historically low spot prices amid high volatility.
It is noteworthy that there are many new gas projects that entered into production during the past year, on top of which is the giant Shell project in Australia, which cost $ 180 billion, and was based on expectations of high demand and before the Corona pandemic.

These were the details of the news Optimism in the natural gas market with rising demand and prices for this day. We hope that we have succeeded by giving you the full details and information. To follow all our news, you can subscribe to the alerts system or to one of our different systems to provide you with all that is new.