Egypt will be self-sufficient in petroleum products by 2023 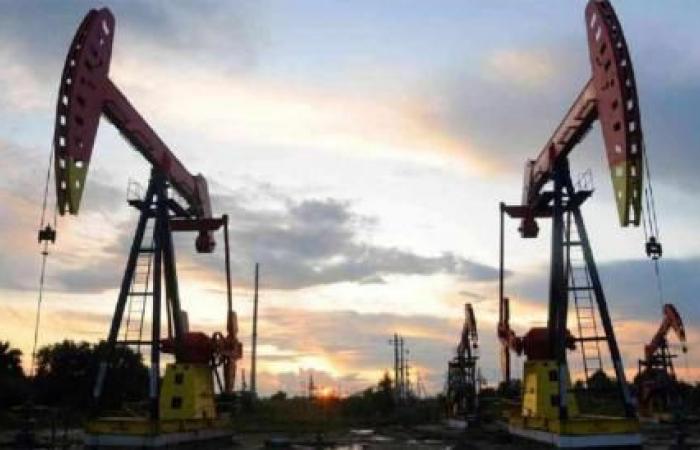 Egypt will be self-sufficient in petroleum products by 2023

On Sunday, Egypt inaugurated the Egyptian Refinery Project in the Mostorod area in Greater Cairo, which is one of the largest oil refineries in Egypt and Africa, with an investment cost of EGP 70 billion ($ 4.3 billion), and produces about 4.7 million tons annually of petroleum products that vary between Solar, gasoline, jet fuel and some other products.
The project will contribute to an increase in diesel production by 30 percent and an increase in gasoline production by 15 percent. It comes within the framework of the Egyptian Ministry of Petroleum and Mineral Resources plan to increase production and reach self-sufficiency in petroleum products in 2023. By expanding the establishment of new advanced projects for oil refining and processing. .
In this regard, the Egyptian Minister of Petroleum said that “achieving the goal of achieving self-sufficiency in Egypt of gasoline and diesel by 2023 has been underway since 2016, during which the volume of imports reached about 10 million tons annually at a cost of $ 4.5 billion.” Rates during 2020 to reach 3.5 million tons annually, at a cost of $ 1.5 billion.
The minister pointed out that there are many factors that contribute to gradually achieving self-sufficiency during the next three years, such as operating new refineries, raising the efficiency of current refineries, rationalizing consumption, expanding the national project to convert cars to work with natural gas in light of the presidential initiative, and improving the transport network and roads that contributed to Save consumption and correct pricing structure.
The geographic region of Mostorod now includes two refining complexes, which are Cairo and the Egyptian Refinery, and the Cairo Refinery provides the feedstock to the Egyptian complex, and the main distribution companies are available in the region, which means that the region provides 22 percent of the refining capacity in Egypt.
During the opening, Al-Mulla shed light on the strategy for developing the infrastructure of Egypt in the field of oil refining and processing and the vital role of the new project in this context, and reviewed the position of the refineries in the country during the year 2013/2014.
It provided 13.5 million tons of products, while consumption was about 21 million tons annually, and then the gap rate was 7.5 million tons annually. The minister added, “The need was to increase production locally, and a strategy was prepared to develop and modernize refineries, increase refining capacity and develop infrastructure through a group of projects, including the refining capacity expansion projects in Alexandria and the Egyptian Refining Project, which added 4.3 million tons to the main products at a cost of about 74 billion pounds. ».
Al-Mulla referred to the strategy of the petroleum sector to transform Egypt into a regional center for oil and gas trade and circulation, explaining that “there are new projects underway, which amount to 3 projects, with a total investment cost of $ 5.7 billion equivalent to LE 91 billion, which is the gasoline and diesel production complex in Assiut Governorate, and the expansions of the Midor refinery. And that, in total, adds about 4.9 million tons annually of petroleum products.
He explained that the most important refining sector projects during the period from 2016 to 2023 include five major projects with a total investment of $ 10.2 billion equivalent to 165 billion pounds and a production capacity of 9.2 million tons annually of petroleum products (diesel, gasoline and jet fuel), noting that new projects will be implemented to cover Increased consumption, foremost of which is the project of the Red Sea National Refining and Petrochemical Company, in addition to several expansions of existing refineries.
He added that, in parallel with the development of the refining industry, a similar development of the infrastructure for transporting, storing, shipping and trading of petroleum products, with investments worth 3 billion dollars equivalent to 48 billion pounds, is being carried out through projects to increase the capacity of the ports, product transportation lines, storage capacities, transport fleets and car supply stations.

These were the details of the news Egypt will be self-sufficient in petroleum products by 2023 for this day. We hope that we have succeeded by giving you the full details and information. To follow all our news, you can subscribe to the alerts system or to one of our different systems to provide you with all that is new.