Emirates News Agency – Al-Sisi opens an oil refinery, one of... 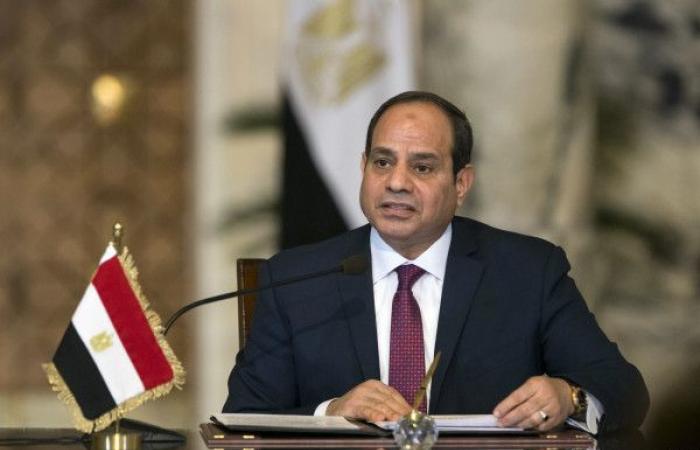 CAIRO, September 27, (WAM) – Egyptian President Abdel Fattah El-Sisi inaugurated today the Egyptian Refinery Project in the Mostorod area in Greater Cairo, which is described as one of the most important and largest oil refineries and the most advanced at the technological level in Egypt and Africa.

The Egyptian Minister of Petroleum and Mineral Resources, Eng. Tarek El Molla, reviewed the position of the refineries in Egypt during the year 2013/2014, which provided 13.5 million tons of products, while the consumption was about 21 million tons annually.

He said that there was a need to increase production locally and a strategy was prepared to develop and modernize refineries, increase refining capacity and develop infrastructure through a group of projects, including the refining capacity expansions in Alexandria and the Egyptian Refining Agency, which added 4.3 million tons to the main products at a cost of about 74 billion pounds.

Al-Mulla also reviewed 3 new projects under implementation, with a total investment cost of 7.5 billion dollars, equivalent to 91 billion pounds, namely: the gasoline and diesel production complex in Assiut Governorate, and the Midor refinery expansions, which add in their entirety around 4.9 million tons annually of petroleum products.

Al-Mulla explained that the most important projects of the refining sector during the period from 2016 to 2023 include five major projects with a total investment of 10.2 billion dollars equivalent to 165 billion pounds and a production capacity of 9.2 million tons annually of petroleum products (diesel, gasoline and jet fuel), noting that new projects will be implemented to cover Increased consumption, foremost of which is the project of the Red Sea National Refining and Petrochemical Company, in addition to several expansions in the existing refineries.

He added that the Egyptian Refinery is one of the most important refining projects in Egypt and Africa because of its advanced technologies and the application of the latest quality management systems, safety and health systems and environmental standards for emissions, and this development has been exploited in neighboring companies, explaining that the project is an example of cooperation and integration between the public and private sectors It provides high-quality and valuable petroleum products in accordance with international standards, and explained that the investment cost of the project amounted to 4.3 billion dollars, which is equivalent to 70 billion pounds, and produces about 4.7 million tons annually of petroleum products, ranging from diesel, gasoline, jet fuel and some other products.

The project witnessed the participation of a large number of Egyptian companies during its implementation, including Enppi and Petrojet, and it is managed through APROM. Al-Mulla said that the project is of great importance to the national economy as it contributes to increasing diesel production by 30% and increasing gasoline production by 15%.

These were the details of the news Emirates News Agency – Al-Sisi opens an oil refinery, one of... for this day. We hope that we have succeeded by giving you the full details and information. To follow all our news, you can subscribe to the alerts system or to one of our different systems to provide you with all that is new.