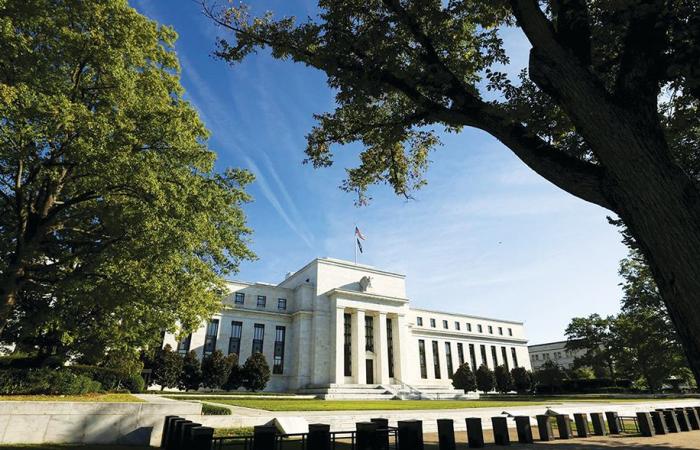 Thank you for reading the news about ‘Lower for longer’: Fed’s warning on interest rates and now with the details

Jeddah - Yasmine El Tohamy - SHANGHAI: Investors in China are betting on a bumpy ride until the end of the US presidential election and seeking to protect their assets from a long chill in Sino-US ties.

Global equity fund managers are shifting out of New York-listed shares in Chinese firms and into Hong Kong-listed vehicles to counter the risk of forced delistings, as both Democrat Joe Biden and Republican President Donald Trump promise a hard line on Beijing.

Currency investors have been fretting that a yuan hovering near sixteen-month highs is priced for a Biden win and a calmer tone in diplomacy, which could swiftly unwind if Trump is victorious.

Their bets are focused less on the outcome and more on what most expect to be a rollercoaster period until at least polling day on Nov. 3.

“It doesn’t matter if Biden or Trump will be elected. The bipartisan consensus is to be tough on China,” said Chen Jiabeng, fund manager of Xiamen Portfolio Management Co, which helps investors allocate assets through funds of funds.

“We will not bet on direction. We will bet on higher volatility,” he said.

Chen is allocating some 30-40 percent of his portfolio to funds with options and futures trading strategies that can profit from wild swings in underlying assets. A doubling in the volume of stock index option contracts traded on the Shanghai Stock Exchange in July, surpassing even March’s peak at the height of the coronavirus panic, and heavy volumes through August shows Chen is not alone.

Adam Coons, portfolio manager of Indianapolis-based Winthrop Capital Management, plans shifting his stake in Alibaba from its New York listing to Hong Kong as a “defensive move,” even though he thinks a US delisting is unlikely.

Even Hong Kong-listed shares of Tencent have been hit by a Trump ban on US downloads of its popular WeChat app.

A lack of momentum in Chinese equity markets, which have moved sideways in Shanghai and downwards in Hong Kong over recent weeks, belies shifts beneath the surface.

“It’s the calm before the storm,” said Allen Mo, chief investment officer of Ming Yue Asset, a Chinese hedge fund that, like Chen’s Xiamen, is using derivatives to bet on volatility.

The “smart money” in China is already pulling out of stocks, he said. China policy is a major campaign issue, regularly raised by both candidates on the stump and expected to feature in three scheduled televised debates, beginning on Sept. 29.

To be sure, some fund managers think the campaign rhetoric and the election outcome matter little to the long-term trends that form the basis of their investments in China.

“We are fully invested and are seeing green shoots arise in the Chinese economy,” said Sam Lecornu, chief executive of Stonehorn Global Partners in Hong Kong. “We see upside in markets as there’s ample liquidity in the system and central banks continue to drive real rates down.”

Yet some China bulls are holding back for now.

“Clients are very, very concerned about the next 50 days, which I think are very, very treacherous,” said Davis Hall, head of capital markets in Asia at Indosuez Wealth Management.

“It seems like dollar/CNY is reflecting the probability of a Biden victory,” he said.

“So what happens if we don’t get one? We could immediately give back a lot of this current move,” he said, advising investors long on yuan to trim their positions for safety.

These were the details of the news ‘Lower for longer’: Fed’s warning on interest rates for this day. We hope that we have succeeded by giving you the full details and information. To follow all our news, you can subscribe to the alerts system or to one of our different systems to provide you with all that is new.