Hind Al Soulia - Riyadh - RIYADH — The value of awarded contracts in the Kingdom decreased during the second quarter to SR11 billion ($2.9 billion) after a strong showing during the first quarter, according to a report by the US-Saudi Business Council (USSBC). The promising start to the year fizzled during Q2 as numerous project awards were suspended due to the effects of the coronavirus pandemic.

Furthermore, many of the projects that were in initial phases of execution were halted as stay at home orders, redirecting some of the government’s budget, and significant declines in the revenues of construction companies paused spending plans and initiated reorganization strategies to accommodate these drastic market changes.

The brunt of the impact was expected to occur during the second quarter as the initial challenges surfaced in March, which led the government to spend approximately SR270 billion to accommodate the private sector.

The USSBC Contract Awards Index (CAI) reached 150.81 points at the end of the second quarter. This reflects a decrease of 65.79 points compared to the first quarter as the value of awarded contracts precipitously declined during the second quarter.

The CAI ended at 197.51 in April, 174.63 in May, and 150.81 in June. The CAI’s performance compared to H1’19 reflected an 89.63 point decrease, highlighting the pace of awarded contracts that were witnessed in 2019.The strong showing during the first quarter lifted the CAI above the 100 point mark but will be tested in the coming quarters as contracts are still expected to be suspended or canceled.

Overview of Awarded Contracts By Region During Q2 2020

The projects included water desalination projects as well as work in the Marjan fields. Other contributing sectors included transportation, real estate, and industrial. Through H1’20 the Eastern Province has overwhelmingly led all other provinces with SR30 billion ($8 billion) or 54 percent in awarded contracts.

The Riyadh region came in third place with SR707 million ($188.5 million) as the healthcare and real estate sectors were the lone contributors. The projects include the construction of a six-story hospital and a large development by the Diriyah Gate Development Authority. The Riyadh region’s total value of awarded contracts through H1’20 accounted for SR17.3 billion ($4.6 billion) or 31 percent.

The oil & gas sector witnessed significant declines in contract awards during Q2’20 compared to last year. The SR1.8 billion ($475 million) in awarded contracts this quarter reflects the impact of COVID-19 as well as the decrease in oil prices has had on Saudi Aramco’s project plans for 2020. Prior to the downturn, the oil & gas sector generated SR11.2 billion (3 billion) in awarded contracts during Q1’20, which was on par with the prior year of SR11.8 billion ($3.1 billion).

Even more detrimental was the performance through H1’20, which yielded only SR13 billion ($3.5 billion) compared to SR60.2 billion ($16 billion) in the prior year. The numerous project holds by Saudi Aramco during Q2’20 will increase the pipeline of awarded contracts into the remainder of 2020 and into 2021, once they are resumed.

There was one notable contract in the healthcare sector involving the construction of a hospital in Riyadh. The Royal Commission for Riyadh City awarded the contract to the local International Hospitals Construction Company in the amount of SR675 million ($180 million).

The decline in awarded contracts during Q2’20 was anticipated as stay at home orders and significant budgetary adjustments by the government and private sector were dictated by the coronavirus pandemic. The recent release of the Kingdom’s Q2 budgetary report illustrates the impact COVID-19 and lower oil prices had on revenues, which resulted in a deficit of SR109 billion ($29.1 billion).

The impact of the pandemic also affected the Economic Resources expenditures category, which decreased by 43 percent in H1’20 compared to the prior year. This category contains infrastructure related projects such as environmental works, water, agriculture, energy and mineral wealth, and tourism projects.

“Construction activities are expected to recover in the coming months after a tough second quarter”, commented Albara’a Alwazir, Economist at the US-Saudi Business Council. The remainder of 2020 will still be challenging but construction activity has already picked up slightly as the number of coronavirus cases in the Kingdom decline and the recovery of oil prices continues. A number of positive developments are underway that include the continued development of the Kingdom’s residential real estate sector.”

In order to achieve one of Vision 2030’s most important objectives of a 70 percent homeownership rate, the Ministry of Housing continues to construct housing units at an historic pace. The “Sakani” program plans to construct 100,000 housing units in 2020 and this will drive the growth of the construction sector.

The Public Investment Fund’s recent establishment of “Roshn” is expected to attract more private sector involvement while lessening the burden on government resources to allocate housing to citizens.

Another positive sign is the resurgence of cement sales. Total cement sales of the 17 local producers jumped by 38 percent in August compared to the same period last year. Domestic sales increased by 41 percent. Furthermore, the National Cement Committee expects the cement sales to be buoyed by the residential real estate sector and witness steady demand for the remainder of 2020.

Looking ahead, there are a number of projects on the horizon that should drive construction activities for the remainder of 2020. These projects include the construction of the public facilities phase of the Qiddiya Project, the Red Sea Tourism airport packages, and Saudi Aramco oil & gas related projects. — SG

These were the details of the news Value of awarded contracts set to rebound in H2 2020 for this day. We hope that we have succeeded by giving you the full details and information. To follow all our news, you can subscribe to the alerts system or to one of our different systems to provide you with all that is new. 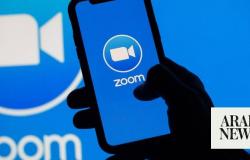