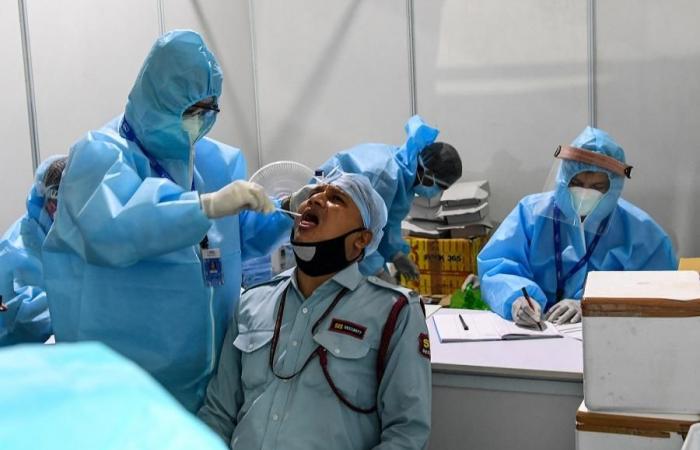 Thank you for reading the news about India to invest $1.46 trillion to lift virus-hit economy and now with the details

Jeddah - Yasmine El Tohamy - ISTANBUL: Hasan Ayhan followed his wife’s instructions last week and took their savings to buy gold at Istanbul’s Grand Bazaar as Turks scooped up bullion worth $7 billion in a just a fortnight.

With memories of a currency crisis which rocked Turkey’s economy only two years ago fresh in his mind, the retired police officer was among those playing it safe as he queued in the city’s sprawling market, where a screen showed the gold price rise by one Turkish lira ($0.1366) in just 10 minutes.

“I think it is the best investment right now so I converted my dollars to buy gold,” the 57-year-old said. “I might withdraw my lira and buy gold with it too, but I am scared to go to the bank right now because of coronavirus.”

The day after Ayhan bought his gold on Aug. 6, the lira hit a historic low and remains skittish, laying bare concerns that Turkey’s reserves have been badly depleted by market interventions, which are showing signs of fizzling out.

Turks traditionally use gold for savings and there may be 5,000 tons of it “under mattresses,” with more added after the recent buying spree, Mehmet Ali Yildirimturk, deputy head of an Istanbul gold shops association, said.

Although bullion has never been more expensive, vendors at the Grand Bazaar said almost no one was selling their gold jewelry. There are only buyers.

“I’ve been chatting with hundreds of people who are thinking about selling their cars or houses to invest in gold,” vendor Gunay Gunes said.

In the last three weeks, as selling gripped the lira, local holdings of hard assets such as dollars and gold jumped $15 billion to a record of nearly $220 billion.

There is no evidence suggesting people are about to pull savings from banks, and this week the lira has hovered around 7.3 versus the dollar, although it remains among the worst emerging-market performers this year.

Demand has eased since Turks withdrew some $2 billion in hard foreign cash from their banks during a March-May period in which a lockdown was imposed and the lira hit its last low. Analysts say that if Ankara cannot boost confidence in the currency, which has fallen almost 20 percent this year, import-heavy Turkey risks inflation and even a balance of payments crisis that will worsen fallout from the coronavirus crisis.

Given foreign investors now have only a small stake in Turkish assets, they say the key for President Recep Tayyip Erdogan’s government is convincing Turks to stop turning to the perceived stability of dollars and gold.

The central bank and treasury did not immediately comment on the dollarization trend or any policy response.

The central bank has effectively borrowed on local dollar liquidity to fuel foreign exchange market interventions, which are meant to stabilize the lira.

Through Turkish state banks, which together are “short” foreign exchange by $12 billion, the central bank has sold over $110 billion since last year. In turn, the bank’s gross FX buffer has fallen by nearly half this year to below $47 billion, its lowest in years.

The central bank has said its reserves naturally fluctuate in stressful periods, and the treasury says the bank intervenes at times to stabilize the currency.

“Locals don’t want to keep Turkish lira, they’ve been dollarizing and buying gold. Turks have hardly ever done that,” said Shamaila Khan, New York-based head of EM debt strategy at AllianceBernstein, which manages $600 billion. “That is why you need proactive policies because if you get to that stage where locals are unwilling to keep their money in the bank then you’re heading to a balance of payments crisis. That’s when the alarm bells will start ringing.”

Some banks imposed fees on withdrawals this week, while the central bank has curbed cheap credit channels it opened to ease the coronavirus fallout. Yet while lira deposits now earn more than the 8.25 percent policy rate, their real return is negative with inflation at 11.8 percent.

Traders say such backdoor tightening needs to reach 11.25 percent to stabilize the lira, which has nearly halved in value since early 2018.

Market expectations have risen for a formal rate hike that economists say would reinforce central bank independence, even while it could slow economic recovery.

Politics may stand in the way.Erdogan, whose popularity has dipped this year, holds the view that high rates cause inflation, and sacked the last central bank governor for disobedience.

He said on Monday he hoped market rates would fall further.

But firms such as System Denim, which imports materials and makes clothes for companies like Zara and Diesel, are feeling the pinch from rising costs. Owner Seref Fayat said he converted his 4 percent euro-denominated loans to lira at 10 percent. “No need to take on additional FX risk,” he said. “I pay a higher rate, but at least I can see ahead.”

These were the details of the news India to invest $1.46 trillion to lift virus-hit economy for this day. We hope that we have succeeded by giving you the full details and information. To follow all our news, you can subscribe to the alerts system or to one of our different systems to provide you with all that is new.