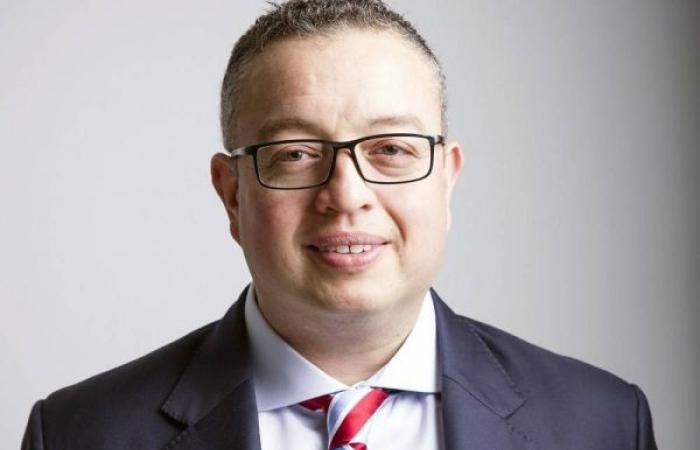 We show you our most important and recent visitors news details Smart Cities Study sheds light on expectations of citizens, businesses in urban centers in the following article

Hind Al Soulia - Riyadh - Dubai — Nutanix, a leader in enterprise cloud computing, announced Thursday a new report sponsored by Nutanix and compiled by The Economist Intelligence Unit entitled ‘Accelerating urban intelligence: People, business and the cities of tomorrow’, which explores expectations of citizens and businesses for smart-city development in some of the world’s major urban centres. While globally smart cities have the common goal of improving urban living, what this looks like in action varies from place to place.

The study analyzes survey data from over 7,700 residents and business executives in 19 large cities around the world, including Dubai, UAE to reveal how their priorities differ and align.

Responses differ from city to city, but overall the study finds that citizens want smart city initiatives to make public services more affordable while businesses want them to be more efficient and reliable. Nearly as important for both groups, however, is that smart initiatives produce greener, cleaner environments in which to live and work.

The key findings of the study are:

• Big dreams for big tech. Wariness of large technology firms may be on the rise due to negative media coverage about privacy scandals, disruptions to jobs and other factors, but most respondents want their cities to be involved in smartcity initiatives. Citizens expect they will create job opportunities, and executives hope they will spur innovation and create new market opportunities.

• Inevitable trade-offs to urban intelligence — particularly involving data — should not deter its development. Over two-thirds (70%) of business respondents say the ability to access open government data is vital to their business. Nearly as many executives (69%) say they are willing to share more data to secure the benefits of smart cities. Most citizens, too, are ready to share data with their governments if it means smarter public services. Some seem ready to compromise on privacy as well: two-thirds (66%) believe facial recognition technology will do more good than harm when used to fight crime.

• Some smart-city expectations will be tough to meet. Citizens’ hopes for job creation and those of executives for new business opportunities will be difficult for smart-city programmes to fulfil, according to experts interviewed for the study. Transport and other services may be more efficient and cleaner, but not always cheaper. City officials must try to manage expectations for what smart initiatives can deliver.

It is interesting to note the Dubai findings of the study below:

• Top ways cities can improve their development of smart initiatives — Citizens of Dubai emphasize keeping smart-city initiatives within budget while businesses want public authorities to plan for the long term and also ensure new smart city services are easy to use.

• Improving Affordability — Improving the ability of energy and water utilities to vary pricing according to usage is the top expectation of citizens when it comes to smart city programs.

• The Green Imperative — One of the UN’s Sustainable Development Goals (SDGs) calls for all people to have “access to affordable, reliable, sustainable and modern energy”. This need is felt especially keenly in emerging-world cities such as Dubai.

• Fighting crime — Asked how smart-city initiatives should create a healthier and safer environment, residents of Dubai are more accepting of facial recognition technology as a means of fighting crime than those in, say, San Francisco, Los Angeles or Copenhagen.

• Attitudes towards big tech — Whether it’s smart-city projects that create employment opportunities, improve the innovation environment or create business opportunities for local firms, citizens and business executives in Dubai are more likely than those in more developed cities (especially San Francisco) to view the involvement of large technology companies as a high priority.

While the technologies that underpin many existing or planned urban projects are hardly exotic territory for most people, they need to address the fundamental problems of everyday urban life.

When asked to choose from a menu of technologies most integral to their town’s smart-city initiatives, the vast majority select 5G mobile, artificial intelligence (AI) and IoT. The same is true of business respondents, many of whom also point to data analytics and cloud computing.

“We are proud to be at the technological forefront of making smart cities smarter through Nutanix Xi IoT — a software-based solution that delivers AI-driven processing at the edge, simplifies operations and powers real time business insights. Nutanix is committed to helping cities modernize their datacentres and edge infrastructure, so IT can shift its focus from maintenance and operations to driving innovation.”

These were the details of the news Smart Cities Study sheds light on expectations of citizens, businesses in urban centers for this day. We hope that we have succeeded by giving you the full details and information. To follow all our news, you can subscribe to the alerts system or to one of our different systems to provide you with all that is new.