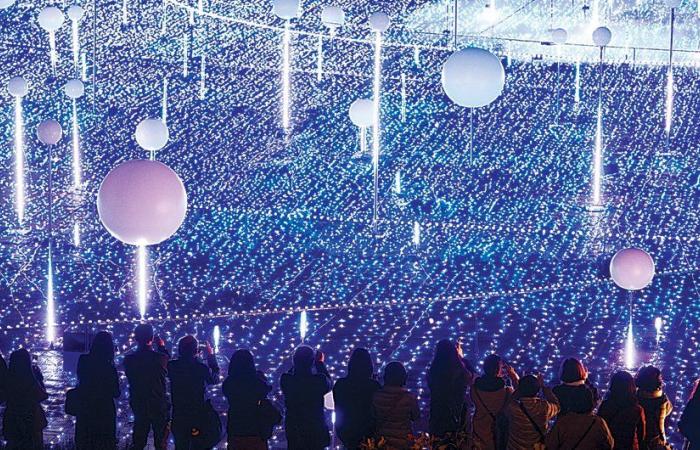 Jeddah - Yasmine El Tohamy - TOKYO: Japanese households cut their spending for the first time in almost a year in October as a sales tax hike prompted consumers to rein in expenses and natural disasters disrupted business.

It is the first fall in household spending in 11 months and the biggest fall since March 2016 when spending fell by 5.3 percent. It was also weaker than the median forecast for a 3 percent decline.

That marked a sharp reversal from the 9.5 percent jump in September, the fastest growth on record as consumers rushed to buy goods before the Oct. 1 sales tax hike from 8 percent to 10 percent.

“Not only is the sales tax hike hurting consumer spending but impacts from the typhoon also accelerated the decline in the spending,” said Taro Saito, executive research fellow at NLI Research Institute.

“We expect the economy overall and consumer spending will contract in the current quarter and then moderately pick up January-March, but such recovery won't be strong enough.”

Household spending fell by 4.6 percent in April 2014 when Japan last raised the sales tax to 8 percent from 5 percent. It took more than a year for the sector to return to growth.

Compared with the previous month, household spending fell 11.5 percent in October, the fastest drop since April 2014, a faster decline than the median 9.8 percent forecast.

Analysts said a powerful typhoon in October, which lashed swathes of Japan with heavy rain, also played a factor in the downbeat data. Some shops and restaurants closed during the storm and consumers stayed home.

Separate data also showed the weak state of the economy.

The index of coincident economic indicators, which consists of a range of data including factory output, employment and retail sales data, fell a preliminary 5.6 points to 94.8 in October from the previous month, the lowest reading since February 2013, the Cabinet Office said on Friday.

It was also the fastest pace of decline since March 2011, according to the data.

Real wages adjusted for inflation, meanwhile, edged up for a second straight month in October, but the higher levy and weak global economy raise worries about the prospect for consumer spending and the overall economy.

While the government has sought to offset the hit to consumers through vouchers and tax breaks, there are fears the higher tax could hurt an economy already feeling the pinch from global pressures.

Japan unveiled a $122 billion fiscal package on Thursday to support stalling growth and as policymakers look to sustain activity beyond the 2020 Tokyo Olympics.

A recent spate of weak data, such as exports and factory output, have raised worries about the risk of a sharper-than-expected slowdown. The economy grew by an annualized 0.2 percent in the third quarter, the weakest pace in a year.

Analysts expect the economy to shrink in the current quarter due to the sales tax hike.

These were the details of the news Japan’s households tighten purse strings as sales tax and typhoon hit for this day. We hope that we have succeeded by giving you the full details and information. To follow all our news, you can subscribe to the alerts system or to one of our different systems to provide you with all that is new.