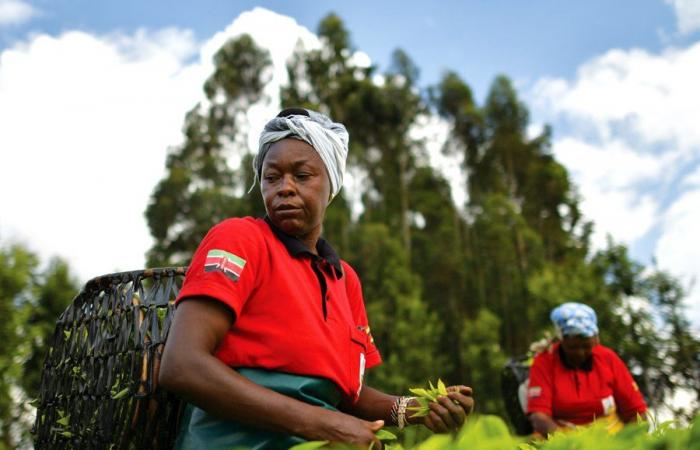 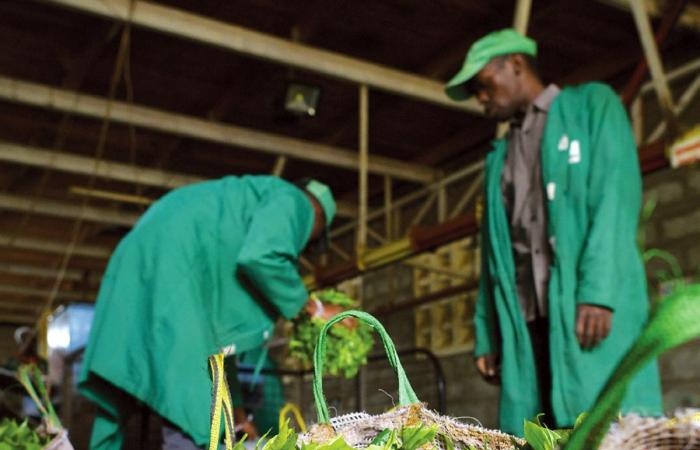 Jeddah - Yasmine El Tohamy - NAIROBI: In a humming factory in Kenya’s highlands, tea is hand-plucked from the fields, cured and shredded into the fine leaves that have sated drinkers from London to Lahore for generations.

But Kenya’s prized black tea isn’t fetching the prices it once did, forcing the top supplier of the world’s most popular drink to try something new.

In the bucolic hills around Nyeri, factory workers are experimenting with a range of boutique teas, deviating from decades of tradition in their quest for new customers and a buffer against unstable prices.

Like the bulk of Kenya’s producers, they’ve been manufacturing one way for decades — the crush, tear and curl (CTC) method, churning out ultra-fine leaves well suited for teabags the world over.

Now however, between conveyor belts whizzing tons of Kenya’s mainstay CTC into heaving sacks, huge rollers also gently and slowly massage green leaves under the watchful eye of workers, all freshly trained in the art of what is known as orthodox tea production.

The end result — a whole leaf, slow-processed variety, savoured for its complex tones and appearance — is still being perfected at Gitugi, a factory in the foothills of the Aberdare Range that has been trialling these teas since June.

It has been costly shifting into orthodox, and a cultural change for workers and farmers, said Antony Naftali, operations manager at Gitugi, Nyeri, some 85 kilometers (52 miles) north of Nairobi.

But the risk was necessary: prices for stalwart CTC at auction nosedived 21 percent in 2018-2019 underscoring the urgency to diversify and extract more from every tea bush.

“We have relied for so many years on traditional CTC. But the price has dropped. We want to reduce the pressure... but also, to explore this new market,” Naftali told AFP.

Even since prices have recovered somewhat, any fluctuations are still keenly felt in Kenya, the world’s biggest exporter of CTC.

Tea is a staple drink in Kenya, though, unlike other major producing countries, it consumes far less than it exports.

The humble cuppa is a pillar of the economy. One in 10 Kenyans depends on the tea industry, according to the Kenya Tea Development Agency (KTDA), which represents 650,000 smallholder farmers by selling and marketing their tea.

Part of the problem is oversupply.Higher prices in recent years spurred, resulting in Kenya’s best-ever haul in 2018 — at 493 million kilos (1,086 pounds).

But Kenya also has long relied on too few buyers, shipping 70 percent of its tea to just four markets.

Its top three customers — Pakistan, Egypt and the UK — have all seen a weakening of their currencies in recent times, making tea imports pricey.

Other big buyers — Iran, Sudan and Yemen, chief among them — have struggled to make payments as they experience domestic strife.

“When you cannot control the price, then there’s not very much you can do. But what we are doing is we are trying to diversify the product.”

“Consumer taste preferences are changing. Drinkers are becoming more aware of the type of tea they prefer,” said Mogambi, clad in a white laboratory coat, before swirling a mouthful of tea and ejecting it into a spittoon.

“If I’m spending more money on a cup of tea, I prefer given characteristics to be present.”

But orthodox and specialty lines represent only a tiny fraction of Kenya’s exports, and critics say the KTDA — which accounts for 60 percent of the country’s tea production — has been slow to adapt.

The board decided in 2000 to launch an orthodox range but, by the end of 2019, just 11 of its 69 factories were expected to be producing teas other than the standard CTC.

Some like Kangaita, a factory at the southern flank of Mount Kenya, have been cultivating purple teas — a rare speciality unique to the region.

These appeal also to younger tea drinkers, a growing market demanding something other than run-of-the-mill black tea.

Major brands outside the KTDA have been targeting the youth segment.

Kericho Gold produces a line of “attitude teas” packaged in bright boxes, including one for “love” and another marketed as a hangover cure.

These were the details of the news Kenya tea farms turn over new leaf as prices stumble for this day. We hope that we have succeeded by giving you the full details and information. To follow all our news, you can subscribe to the alerts system or to one of our different systems to provide you with all that is new.

PREV Morocco’s trade deficit fell by 26% in the first 10 months
NEXT US oil production increased by 286 thousand barrels per day during...