Venezuela arrests TV execs after US firm pulls out 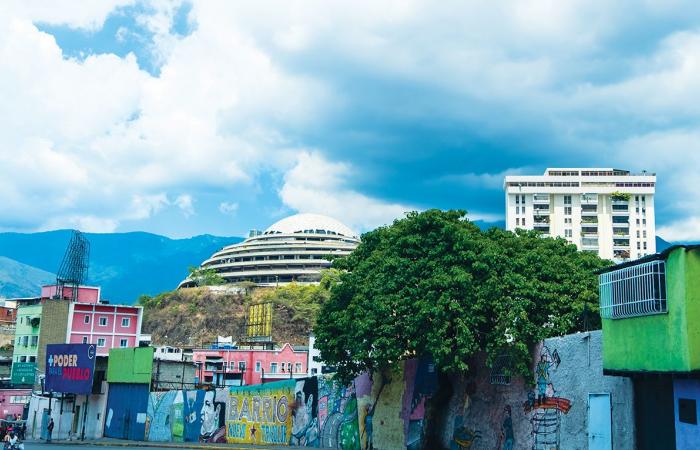 Helmut Schuehsler has had what you might call a pretty challenging time of late — and it is by no means over.

He runs the health-care investment firm TVM Capital Healthcare from Dubai, at a time when the reputation of the medical business is being called into question due to the scandal over NMC Healthcare. The UAE’s biggest provider has gone bust with more than $4 billion in unaccounted debt.

Schuehsler operates in the private equity investment sphere, which itself is facing bigger issues than ever before, especially in health care and more so in Dubai, after the 2018 collapse of Abraaj Group, once the private equity flagship in emerging markets.

And there is the small issue of the most significant health challenge humanity has faced in over a century — the coronavirus pandemic, which has changed the economic fundamentals of the medical industry beyond recognition in the space of a few months.

“Things are coming apart,” Schuehsler told Arab News on a Zoom call from his house on the Palm, Jumeirah, where he has been self-isolating for the past three months, apart from a couple of visits to the doctor.

He was referring to the global medical infrastructure and specifically to the problems with the World Health Organization (WHO), rather than the TVM business, for which he still sees big opportunities in South East Asia and the Middle East, especially Saudi Arabia.

As a professional investor with more than 30 years’ experience in health care, he holds firm views on the way the international community has responded to the pandemic crisis.

“Humanity is not handling this very well. We should have had a strengthening of the WHO. It is irrational to destroy international cooperation in the face of an international challenge. We’re doing things in a very myopic way,” he said.

He uses the term “titration” to describe the policy response of lockdown followed by reopening and, sometimes, reimposition of curfews and travel bans. Titration is a chemical process in which two compounds are mixed together in varying quantities until they neutralize each other.

“It is a case of titrating openness against social distancing. In the beginning, it was all about not overwhelming the capacity of intensive care units to ensure people had access to beds. Now, we are managing better. The public and private sector have made room for that. The first phase of the response — providing critical health care and devices — is coming together,” Schuehsler said.

“Now you’ll see a gradual reopening and closing, again and again. The danger of an exponential growth in infection rates does not go away. If people stop social distancing and we have demonstrations and concerts with thousands of people, it will go exponential tomorrow,” he explained.

He sees some cause for optimism in the work of the pharmaceutical industry — in which TVM has been a big investor over decades — to first develop effective therapeutics and, finally, a vaccine.

“I think that by the end of this year there will be between two and five drugs that will gain emergency approvals for marketing in Western Europe. That does not mean they will be available worldwide, but availability will be just around the corner, depending on manufacturing times and how long it takes to set up distribution systems. These will prevent people from becoming so sick that they have to go to hospital,” he said.

On the possibility of a vaccine, Schuehsler believes there could be something available by the end of next year. He does not like talk of a “silver bullet” to take out the virus, however, partly due to the long development and processes of testing and approval necessary for vaccines, and partly because of a growing sentiment worldwide against vaccines.

“It’s only a silver bullet if people are actually using it, and we all know there is a growing resistance movement against vaccines, which is unfounded and which endangers people, especially children. If we want to see our children dying again from polio or measles or chicken pox, we should stop vaccinating them,” he said.

The overall response by regional authorities in UAE and Saudi Arabia has been “OK,” he said, especially considering the distraction caused by the volatility in global oil markets.

“The confluence of those two elements — oil and the virus — has caused a difficult situation for governments. They have to spend a tremendous amount in terms of getting their pandemic response up and running,” he said.

Schuehsler was a pioneer of the biotech investment business in Germany, with a network of investors in Europe and the US, before looking at the growing health-care market in the Middle East in 2009.

Now, TVM is also expanding in South East Asia, a region Schuehsler sees as having great potential in the post-pandemic world.

The pandemic will change the way he does business. In the UAE, with its sizeable expatriate populations, some medical services will change as people leave; others have already gone through a period of contraction during the most intense phase of the COVID-19 crisis.

Fertility treatment, for example, via the Bourn Hall clinic in Dubai, saw a sharp decline in business in April, Schuehsler said, though that has recovered “a bit” last month.

About four years ago, he began to look at Saudi Arabia, the biggest health market in the Middle East. The growth there has been patient and deliberate.

“Saudi Arabia is a much larger market, with different economics and setups, but we consider it to be a very attractive area. The country is the focus point of the Middle East.

“You need to believe certain things when it comes to Saudi Arabia. For example, that the Vision 2030, the opening up and diversification of the economy, will still happen even despite the COVID-19 and oil crises. You have to believe that they will stay the course and that things have been simply delayed and not indefinitely postponed. But we are making that assumption,” he added.

TVM does not invest in hospital chains, but rather in more specialist medical businesses: Long-term acute care, home care and disease management, ventilated care, fertility and reproductive treatment, and the manufacture of medical devices via an Egyptian subsidiary.

Schuehsler has expanded from the UAE to the Kingdom via the Manzil Healthcare Services brand in Riyadh and the Cambridge Medical business in Dhahran. The medical devices business recently signed a partnership deal with the well-known Olayan Group to expand distribution in the Kingdom.

He believes there are still opportunities to invest despite the crisis but warns that the investment outlook has changed.

“Deal making is less clear to me. For an investor, this is not a particularly great time because none of us can predict the future. If you look at a company that has lost half its business and you think you can do great deal, then maybe,” he said.

Timing of investment decisions takes on critical importance, he added.

There is also potential in introducing investors from the US and Germany to Saudi partners.

“There are a lot of German companies that have good connections in Saudi Arabia, and Saudis appreciate German technology and products. There have been many contacts made with the Saudi government and health-care industry. We can help investors from Germany because we have excellent relationships in the Kingdom,” he said.

During his career, Schuehsler has raised more than $1 billion in committed capital from global investors, overseen 120 investments in the health industry, and been involved in more than 80 major transactions over the years, including the lucrative sale of his ProVita International business to NMC in 2015.

He understands the concerns of investors, employees and patients in the health business and how to avoid the pitfalls that have bedeviled health care and private equity recently in the Middle East.

“TVM has all the transparency and governance you could want. We run our business in the Middle East in the exactly same way we would have run it if we’d been in Boston or Munich,” he said.

“I think people look at private equity and health care with suspicion because so many bad things have happened. We get caught in this, but we are the most internationally minded player in the way we build partnerships, the way we compensate people, the way we run our board meetings in portfolio companies.

“That’s what I’m trying to put in place: Openness, transparency and compliance in the markets we invest in. That’s our contribution to broader society,” he added.

These were the details of the news Venezuela arrests TV execs after US firm pulls out for this day. We hope that we have succeeded by giving you the full details and information. To follow all our news, you can subscribe to the alerts system or to one of our different systems to provide you with all that is new. 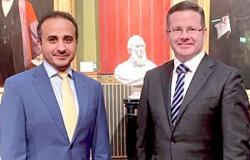