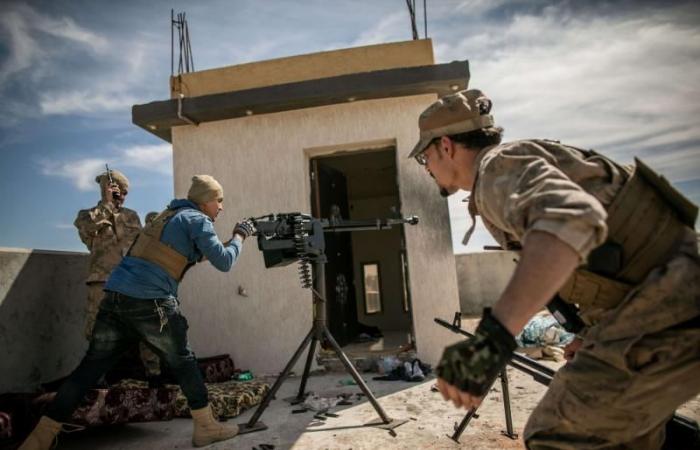 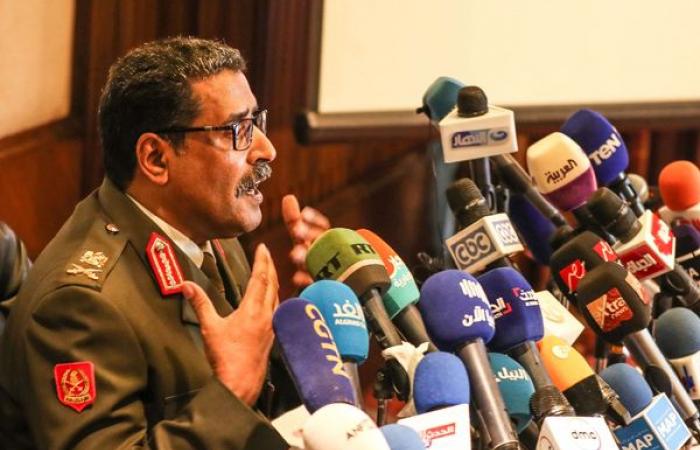 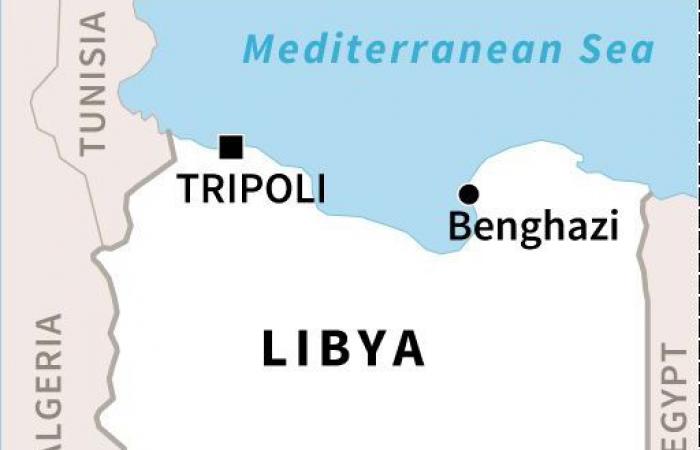 We show you our most important and recent visitors news details LNA establishes ‘tension-free zone’ in Tripoli, as region worries about Turkish influence in the following article

Hind Al Soulia - Riyadh - Egyptian president said his country will not “be complacent with terrorist groups and the parties that back them.”

A file picture of fighters loyal to the Libya’s Government of National Accord (GNA) at Ain Zara near Tripoli, last March. (AFP)

TUNIS/TRIPOLI--The Libyan National Army (LNA) announced its decision to retire 2-3km from all front lines in Tripoli starting midday on Wednesday in order to create a “tension-free zone” around the capital.

“We decided to move our forces in all battlefronts in Tripoli a distance of 2-3 kilometres” to allow citizens to move more freely during the end of Ramadan and in the run-up to the Eid al-Fitr holiday, said LNA spokesman Ahmed Mismari.

Mismari called on Turkish-backed forces loyal to the Government of National Accord (GNA) of Prime Minister Fayez al-Sarraj to do the same.

GNA forces seized control of al-Watiya airbase in Libya’s northwest under heavy Turkish air-drone cover Monday. Mismari said Tuesday that the LNA’s withdrawal was pre-planned and would be reversed “as soon as possible.”

The LNA’s unilateral ceasefire was announced in the wake of regional and international calls for an end to hostilities in the war-ravaged country.

Based on recent developments, she said, “the only conclusion that we can draw is that this war will intensify, broaden and deepen.”

“We must not let Libya slip away,” she said. “This council can ensure the collective security it is mandated to maintain by applying consistent and credible pressure on those regional and international actors that are fuelling the conflict.”

The Security Council has repeatedly called on all countries to abide by the arms embargo and not to intervene or take measures that would exacerbate fighting.

There have been reports of smuggling of weapons and dispatching of mercenaries to Libya by foreign powers. The most documented and only officially-acknowledged case is that of Ankara’s shipment of military equipment, especially large numbers of air drones, and the dispatching of thousands of mercenaries from Syria, including minors.

Egyptian President Abdel Fattah al-Sisi said during a video-conference Tuesday with African leaders on the situation in Libya that his country will not “be complacent with terrorist groups and the parties that back them.” He added that “the stability of Libya is among the defining considerations for Egypt’s national security.”

He reiterated Cairo’s position about the Libyan crisis, which, he said, includes the need for a political solution that safeguards “Libya’s sovereignty and national integrity” and rejects foreign interference in its internal affairs.

UAE Minister of State for Foreign Affairs Anwar Gargash said on Tuesday that the only acceptable path forward in the Libyan crisis would be “an immediate, comprehensive ceasefire and a return to the political process.”

“The UAE’s position on the Libyan crisis has been firm and clear & shared by the majority of the international community,” Gargash wrote on Twitter.

The three countries are wary of the risk of seeing Ankara try to exploit Islamist constituencies in North Africa to further its interests.

Secular political forces, which look with suspicion at what they see as Turkey’s continued attempts to drag other country into the Libyan war, pushed back vehemently Tuesday and Wednesday against “congratulations” offered by Tunisian Islamist leader and Parliament Speaker Rached Ghannouchi to the GNA’s Prime Minister Fayez Sarraj for the capture of al-Watiya airbase.

These were the details of the news LNA establishes ‘tension-free zone’ in Tripoli, as region worries about Turkish influence for this day. We hope that we have succeeded by giving you the full details and information. To follow all our news, you can subscribe to the alerts system or to one of our different systems to provide you with all that is new.