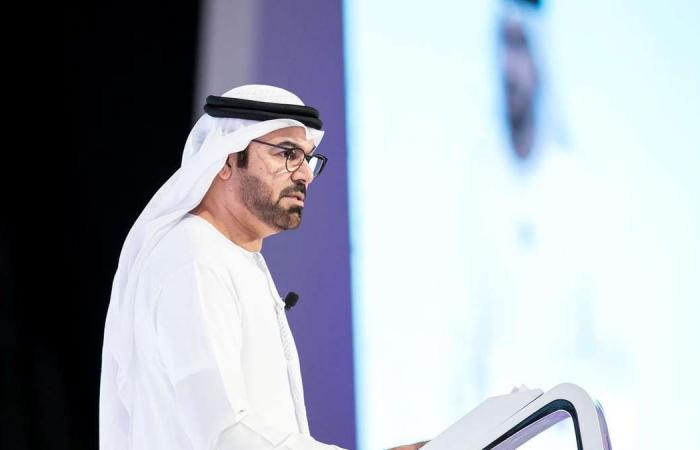 Hind Al Soulia - Riyadh - The Arab world will be left behind unless it makes its own advances in technology, an event in Dubai heard.

"Do countries know that their sovereignty, their future and their information will be mortgaged to technologically superior nations if they do not take the initiative and move quickly towards the future?," he told the Arab Strategy Forum on Monday.

Dr Al Gergawi told an audience of government officials, academics and decision makers the region had "huge human potential". The region will see 100 million young Arabs enter the workforce in the next decade, has the largest oil reserves and welcomes hundreds of millions of visitors each year.

We have an administrative weakness. We do not improve the management of our resources to build the future

Mohammad Al Gergawi, Minister of Cabinet Affairs and the Future

"But as Sheikh Mohammed bin Rashid has said on more than one occasion, we have an administrative weakness," said Dr Al Gergawi, who is president of the forum.

"We do not improve the management of our resources to build the future.

“Today we see turmoil, intense fire and societal explosions that spread from one Arab country to another because of a poor provision of basic services to citizens and because of mismanagement," he said.

An economic report ahead of the forum said a 2008-style global economic recession was unlikely, but top risk management consultant Nick Allen said leaders should prepare now for a tumultuous few years ahead.

“There is a clear link between economics and geopolitical uncertainty,” said Mr Allen, chief executive of Control Risks.

“More countries will face political pressures as they are unable to achieve their required economic growth.

“In an age where politics are played out in the cyber-sphere where rules are yet to be established, uncertainty is creating vulnerabilities.

“Nations like Russia, Iran and North Korea are testing those boundaries.

"Infrastructure is where they will be focused and we see that spilling over in 2020 and into the next decade.”

“We are not predicting a recession like 2008-09, but we are forecasting an economic slowdown that will impact the US, European Union and China,” he said.

“We think 2020 will be the year when cyber warfare get significantly worse.

“Living in an age of connected business, with the Internet of Things, 5G and smart cities we will see more attacks surface.”

“US-Chinese relations are not just about trade, this is a technology war,” he said.

“It is a huge rivalry. The result is there will likely be two global economies based around US and Chinese manufacturing.

“The UAE will have to choose which economic ecosystem it needs to be apart of.

“It will be a hard choice.”

These were the details of the news Arab world will be 'mortgaged' to advanced technological nations if it fails to keep up for this day. We hope that we have succeeded by giving you the full details and information. To follow all our news, you can subscribe to the alerts system or to one of our different systems to provide you with all that is new.