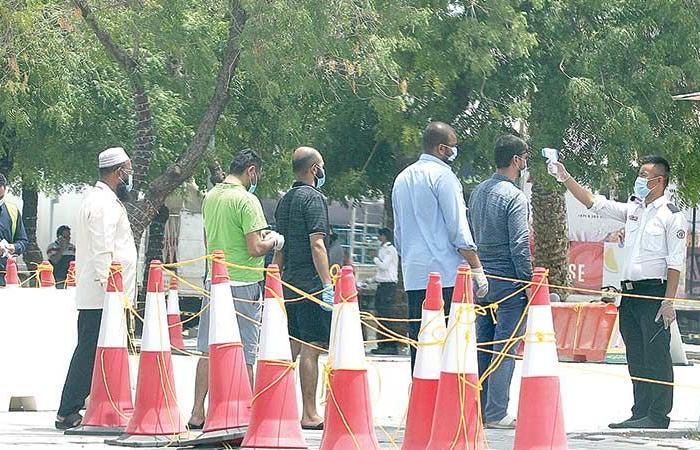 Noel Tolentino, secretary general of Migrante International based in one of the Gulf countries and Rhoderick Ople, founder/president of the OFW Watch in Italy also said the Duterte administration must conduct a probe on the alleged corruption within the tax-exempt government-owner-and-controlled corporation formed in 1995, and attached to Manila’s Department of Health to implement the universal health coverage in the Southeast Asian nation, home to approximately 110 million.

Tolentino’s and Ople’s viewpoints were known on Saturday evening when the UAE-headquartered Rights Corridor, a regional news platform and research on migration and rights issues, held its second Facebook Live webinar to discuss primarily the monthly salary deducted-three per cent contribution of each OFW to PhilHealth in order that all age and social class categories in the Philippines would be provided with easy access to “preventive, promotive, curative, rehabilitative and palliative care” for all healthcare needs.

In response to Gulf Today’s phoned-in question on the corruption allegations, Tolentino and Ople stressed that these, which began during the term of President Gloria Macapagal-Arroyo up to the 2016 presidential elections in which the Aquino administration was shifted to the current Duterte leadership, would only be resolved if those suspected are brought to court and held accountable.

For the new PhilHealth premium schemes outrightly lambasted by thousands of OFWs, Tolentino and Ople associated their answers with their respective localities with the former relating it to the Middle East and Ople in Europe.

Both said the new Universal Healthcare Law and new scheme for OFWs are generally of no use due to mandatory health insurances.

This,  even as Malit mentioned that according to recent PhilHealth records, out of the Php1.02 billion (Dhs75,229,179.04) contributions of OFWs who either are first-time member-payors or have reactivated their memberships, Php1.7 billion (Dhs125,381,965.07) had been remitted to them for their or their registered family member-beneficiaries’ hospitalization/healthcare requirements either in their overseas domiciles or in the Philippines.

Tolentino and Ople said one fund source other than the OFWs’ pockets is the budget allocated to the 24 senators and 303 congressmen of the Philippines’s bicameral legislature which are spent as these lawmakers see fit without going through the normal budgetary process.

Another source is the intelligence funds generally utilized for peace and order as well as the protection and welfare of all the barangays (villages) throughout the archipelago.

Tolentino and Ople said the decision to get funding from the OFWs no longer surprised them. They claimed this has become intrinsic since the 1970s when Manila began to commodify its labor export and which they have been vehemently denouncing.

Both urged their fellow OFWs to be vigilant and continually join hands so their voices could be heard back home.

The Duterte administration had suspended the implementation of the new PhilHealth payment scheme, a reaction to the noise created by the OFWs.

They added OFWs in the Gulf and in Italy were not consulted with regards the new healthcare law and PhilHealth premium schedules.

Recently, The Philippine Overseas Employment Administration (POEA) distanced itself from the Philippine Health Insurance Corporation (PhilHealth) which became controversial after recent weekend news announced that all overseas Filipino workers, estimated at over 12 million around the world, must contribute three percent of their monthly salary to this agency in order to re-energize the ailing universal healthcare system of the Southeast Asian country.

These were the details of the news Overseas Filipino workers slam new PhilHealth scheme for this day. We hope that we have succeeded by giving you the full details and information. To follow all our news, you can subscribe to the alerts system or to one of our different systems to provide you with all that is new.