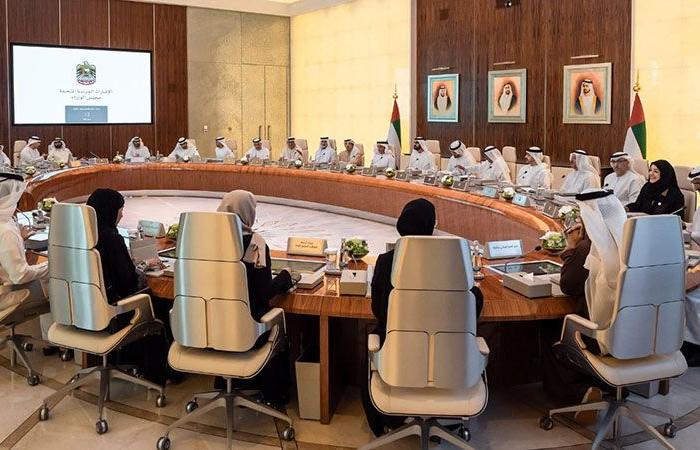 The UAE Cabinet, chaired by His Highness Sheikh Mohammed Bin Rashid Al Maktoum, Vice President, Prime Minister of the UAE and Ruler of Dubai, has affirmed that the Year of Tolerance, with all its initiatives and activities, would be pursued since it is an intrinsic part of Emirati heritage established by the Founding Fathers of the UAE.

"The Year of Tolerance is a vehicle for achieving progress and development and attaining leadership for the nations in various fields," Sheikh Mohammed added.

Sheikh Mohammed stressed that the UAE is benefitting from its efforts and from the cultural diversity of its society to consolidate and institutionalise tolerance to become a sustainable value in the UAE society and the world as a whole.

"Tolerance is part of our heritage and we will continue to consolidate it in our society to set an example for the world", said Sheikh Mohammed.

Sheikh Mohammed said, "At the end of the Year of Tolerance, which was a year of achievements and giving...we have issued our directives to launch a national initiative to further promote tolerance and dedicate it as a value in all our government programmes and activities."

Sheikh Mohammed affirmed, "The Government is the first incubator of tolerance. Its practices, laws and processes will continue with us...and everyone will be an ambassador for tolerance and responsible for promoting its values."

"We want the culture of tolerance to be a lifestyle in the fabric of our policies, work environments and society as a whole, such that the UAE be a leader in the field of tolerance and a unique model for spreading it globally," the Vice President continued.

The initiative aims to raise awareness among all employees working in federal and local entities by instilling the culture of tolerance in their everyday processes.

In this manner, these entities, thanks to their values of tolerance, respect for coexistence and support of the innovation that stems from diversity, will echo well beyond their institutional confines and will make use of cultural diversity to spread the spirit of tolerance in society.

Five strategic priorities have been set to be the foundations for organising the initiatives; these include stimulation of tolerance, awareness and empowerment in tolerance, aligning tolerance with business policies and work processes, convergence and participation, and measuring tolerance.

The role of the government as an incubator for tolerance also includes 12 initiatives and 34 sub-activities, which constitute together realistic action plans based on the best local and international practices that contribute to achieving the general orientation and main goals of the national initiative.

Sheikh Mohammed also attended a ceremony marking the graduation of the first batch of graduates from the International Expert of Tolerance Programme, which is the first of its kind in the region organised by the International Institute for Tolerance in Dubai, one of the initiatives launched by the Mohammed Bin Rashid Al Maktoum Foundation to develop innovative methods to define tolerance and promote it as a culture and as an approach in all areas of life.

The International Expert of Tolerance Programme covers four main themes, provided by a network of experts and professors from the Mohammed Bin Rashid School of Government as well as other specialists in tolerance.

It was designed in accordance with best international practices, and the material and references were selected according to the UAE National Tolerance Programme based on a set of initiatives that were launched within the UAE.

The Programme aims to enable students to acquire specialised knowledge and skills related to tolerance.

As part of the meeting’s agenda, the Cabinet approved a Resolution assigning the duties of the Chairman of the Board of Directors of the General Authority of Sport to Abdul Rahman Bin Mohamed Al Owais, Minister of Health and Prevention, and Minister of State for Federal National Council.

In legislative affairs, the Cabinet approved a Resolution on regulations of umbilical cord blood, stem cell centres, which aims at regulating and improving the services provided in these centres, in addition to achieving the desired benefitswithin a legislative framework that helps enhance public health.

Concerning organisational matters, the Cabinet approved the establishment of the Emirates Council for Food Security.

This Council will be tasked to supervise the implementation of the National Food Security Strategy and follow on all its strategic directions, organisation of the food dossier in the country, developing the national food security system and the relevant legislation in a comprehensive manner covering the seven Emirates, and aligning and complementing national efforts and defining priorities in this regard.

The Cabinet also approved the Procedural Guideline for Concluding International Treaties, Agreements and Memoranda of Understanding, which organises procedures to be concluded by the specialised staff and agencies and to be signed according to best practices in line with the public interests of the State.

The Procedural Guideline includes the definitions and classification of treaties, conditions of their validity, and the stages of concluding the international treaties and agreements, so that they constitute a reference and general framework for all federal and relevant authorities.

It also approved the restructuring of the Board of Directors of the Federal Transport Authority Land and Maritime, FTA, chaired by Minister of Infrastructure Development and membership of the Under-Secretary of the Department of Transport in Abu Dhabi, the Director-General and Chairman of the Board of Directors of the Roads and Transport Authority - Dubai, Chairman of the Critical Infrastructure and Coastal Protection Authority, CICPA, Director General of Dubai Customs, the Chairman of Roads and Transport Authority - Sharjah, the Director General of Public Services Department - RAK, the CEO of Abu Dhabi Ports Company, the Executive Director of Dubai Maritime City Authority, a representative from Sharjah Ports and Customs Department and a representative from Ministry of Infrastructure Development.

It also approved the application of mandatory standards in the electricity and food sector, to strengthen safety, security and health in society while ensuring that all segments of society are taken into account. These measures are equally geared towards raising the efficiency of products in the country in accordance with best practices and developing the relevant technical regulations and regulatory systems.

Also, the UAE Cabinet was briefed on the report about the UAE national accreditation system obtaining international recognition and on a report on the country's becoming member of the Board of Directors of the International Organisation for Standardisation, ISO, for the period 2020-2022.

It was also briefed on the recommendations of the Federal National Council regarding the Ministry of Justice’s policy on the legal profession.

These were the details of the news Cabinet approves initiative to strengthen government's role as an incubator of tolerance for this day. We hope that we have succeeded by giving you the full details and information. To follow all our news, you can subscribe to the alerts system or to one of our different systems to provide you with all that is new.