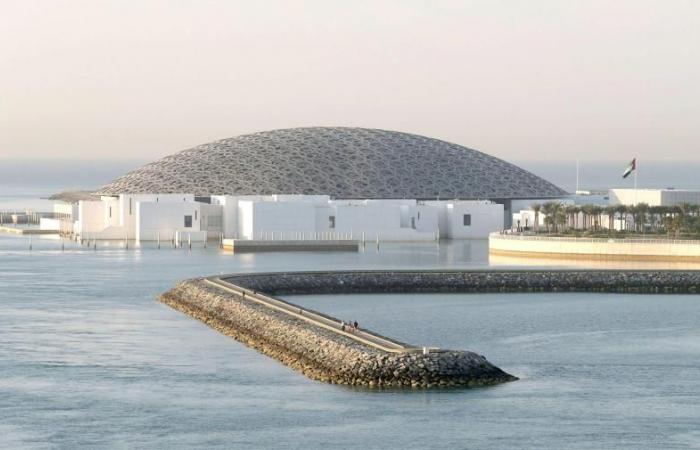 Abu Dhabi has the Louvre Museum and Dubai hosts the Etihad Museum. Sharjah boasts about its Archaeology Museum, the Museum of Aviation History, the Museum of Marine Life and another specialising in the history of the automobile. Before the coronavirus pandemic, thousands of visitors flocked to these sites of high culture.

After the implementation of quarantine measures, museums around the world started offering online tours using virtual reality technology. Dubai museums collaborated with the Dubai 360 website and the Dubai Culture and Arts Authority to offer virtual tours.

Virtual tours include the Etihad Museum, the Coin Museum, the Naif Museum, the Museum of the Poet al Oqaili, the Majlis Ghorfat Umm Al Sheif Museum and Dubai Museum, in addition to a virtual visit to the historic Al Fahidi neighbourhood in Dubai.

Dubai offers many museums, including the Dubai Museum, whose construction dates to 1787 and was the seat of the ruler of the emirate. The old palace has been used as a warehouse for weapons and as a prison and, in 1971, it was transformed into a museum to showcase the history and heritage of Dubai.

The museum displays pottery, weapons and common items from 1950s Dubai and offers lessons on living conditions and lifestyles in the coastal, desert, mountainous and farming regions of old Dubai.

There are displays focusing on shipbuilding techniques, fishing gear and pearl diving in the Arabian Sea. The museum has exhibits illustrating folkloric arts, weapons and models of historic local boats.

The Etihad Museum is dedicated to the modern history of the Emirates. Exhibits are arranged chronologically, leading to the creation of the United Arab Emirates in 1971.

The museum is designed to explain the country’s constitution, especially rights and privileges granted to UAE citizens, and the responsibilities they entail. The museum’s exhibits include materials and documents related to the country’s founding events.

The Coin Museum displays nearly 500 objects from all over the Middle East and contains seven exhibition halls that exhibit the history of Dubai’s commercial industry.

The Heritage and Diving Village Museum is next to a creek. Tour guides, potters, weavers and other artisans work at the village, focusing on Dubai’s maritime past and depicting living conditions of sailors who combed Gulf waters in search of pearls and fish.

The House of Camels Museum consists of one floor surrounding a spacious central square that was used primarily as a stable for camels. The space has been divided into sections, each displaying a part of the history of camels and camel racing in the United Arab Emirates.

The Coffee Museum, in Al-Fahidi Historical District, displays the history of coffee and the various ways it is grown and processed around the world.

It is expected that virtual tours will be generalised by most museums in the Emirates. Some video clips about the Louvre Abu Dhabi Museum are available online.

The Louvre Abu Dhabi Museum displays examples of humanity’s cultural achievements from prehistoric times to today. It covers 6,000 sq.metres of galleries and exhibitions, in addition to a research centre.

Designed by French architect Jean Nouvel, the museum has a variety of famous artworks on loan from local and regional museums, in addition to its permanent collection of 300 works loaned by 12 French museums and institutions.

The Guggenheim Abu Dhabi is planned to be “a preeminent platform for contemporary art and culture that presents the most important artistic achievements of our time.” Sited in a prime location in the Culture District of Saadiyat Island, its permanent collection “will encompass art in all mediums produced around the world from the 1960s to the present day,” the museum said.

Sharjah is often described as the Emirate of Museums and includes the Sharjah Archaeology Museum, which displays artefacts ranging from coins, jewellery, pottery and ancient weapons, the oldest of which is 125 years old.

The Sharjah Islamic Museum, which opened in 1996, displays thousands of pieces that reflect the splendour and universality of Islamic civilisation and provides details of Islamic history, sciences, discoveries and culture.

Nearby, the Al-Mahatta Fort Museum used to be the fort protecting Sharjah Airport, the first airport in the Gulf, established in 1932. It documents the history of aviation in the region.

The Sharjah Maritime Museum was opened in 2003 and is dedicated to the maritime heritage of the Emirates. It contains documents and audio testimonies of Emirati sailors, fishermen and pearl divers.

At the museum, visitors can find models of the traditional wooden dhows that used to roam the seas for trade or in search of pearls. There are models of the various types of vessels differentiated by their shapes, sizes and uses, as well as samples of pearls collected by divers.

Russian tourist Andrea John said one can “learn a lot about the history of the Gulf countries by just visiting the museums in the Emirates.”

These were the details of the news UAE museums offer virtual voyages in history and civilisation of Arabian Peninsula for this day. We hope that we have succeeded by giving you the full details and information. To follow all our news, you can subscribe to the alerts system or to one of our different systems to provide you with all that is new.