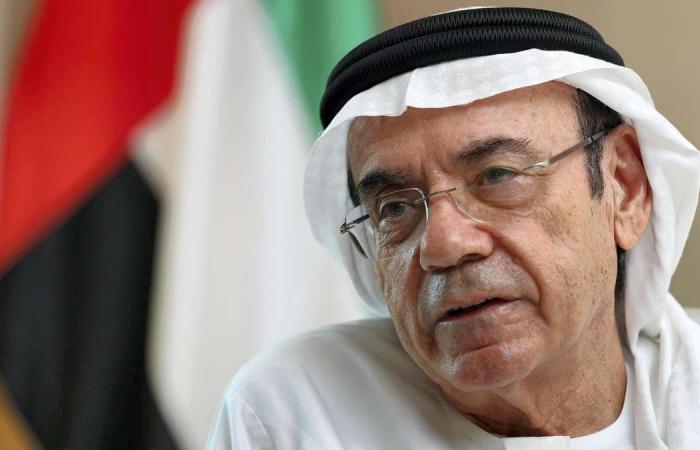 Hind Al Soulia - Riyadh - The UAE will set up a series of cultural offices abroad to advance its message of tolerance and shared humanity.

The first will be established in Paris next year and will serve as a cultural centre for the UAE in Europe and will bring Emirati works to the European public and cultural institutions. It will open in advance of events planned to mark the 50th anniversary of diplomatic relations between the UAE and France the following year.

The UAE’s story of tolerance and diversity needs to be shared, said Minister of State Zaki Nusseibeh, who heads the Office of Public and Cultural Diplomacy established in 2017 to develop closer ties between the UAE and other countries through art and culture.

“If you look at the region today and notice what is happening around us, the division that tears societies asunder, the violence that we see on a daily basis, the hatred, the division, the exclusion of others, we need to break down these barriers and the Emirates is very active in doing this,” said Mr Nusseibeh.

The department has planned activities for 2020 with embassies and missions due to host events tied to Emirates Airline Festival of Literature, Dubai Art and Abu Dhabi Art.

Additionally, the UAE will be a feature country at the Smithsonian Folk Life Festival at the National Mall in Washington, from June 24 to 28 and July 1 to 5.

Looking ahead, the UAE will strengthen diplomatic ties by cultural partnerships with South Korea, as it has with Saudi Arabia, India and China.

This year’s cultural events were centred on the Year of Tolerance, beginning with the visit of Pope Francis in early February and plans for an Abrahamic Family House that will hold a church, mosque and synagogue.

“We need not only to have a dialogue with each but we need to have respect and empathy with each other,” the minister said.

It has been two years since Mr Nusseibeh was appointed Minister of State with a mandate to grow the UAE’s influence through cultural diplomacy. The mandate came shortly after Louvre-Abu Dhabi opened on Saadiyat Island, a project considered a model of soft diplomacy.

The office connects local cultural stakeholders with the UAE’s 184 embassies and missions overseas.

“We need to contribute to the international community not only through our financial and commercial interests or oil resources but also through what we can bring to the table in terms of artificial intelligence research, renewable energy and developing a society of knowledge,” the minister said.

The office immediately set itself apart due to its broad definition of UAE culture and a platform that highlighted naturalised citizens, Emiratis abroad and cultural contributions by residents without citizenship.

In this way, it appeared set to not only shape the understanding of what it means to be from the UAE overseas, but also within the country.

Last year’s events included an exhibition on the early ties of the Norwegian merchant ships to Dubai that led to the establishment the Norwegian Seamen’s Centre, and a dinner in Cambridge on the food of the Emirates, which, significantly, was not limited to Emirati food but the variety of foods of an immigrant state.

“Initially, when people thought about the Emirates, what do they hear about? Either about oil or about beaches, or high-rises and malls,” said Mr Nusseibeh. “But there is a much deeper message and this is why we believe cultural is an integral part of the UAE story. What is culture in the UAE, what does it represent?

“Culture is what unites us, what brings us together, what represents us. It’s not the easy commercialism, the consumerism we see. For people who either come here, who live here, we want them to be part of our culture.”

Mr Nusseibeh involvement in cultural diplomacy dates to the 1960s, when he travelled with the Founding President Sheikh Zayed as his translator.

“The basic understanding from those early days was that we are a small country that is being set up in a fractured region, troubled by many disputes and uprisings and wars and conflicts. We have natural resource wealth but at the same time we need to establish a network of friendships, regionally as well as internationally,” he said.

“You have to build those ties not only on commercial, financial and economic interest but on shared cultural values. This is why Sheikh Zayed was keen from the beginning to take the UAE culture with us wherever we went, to open bridges to the cultures of the world and to allow cultures of the world to come to us.”

These were the details of the news UAE to open global cultural offices to spread message of tolerance for this day. We hope that we have succeeded by giving you the full details and information. To follow all our news, you can subscribe to the alerts system or to one of our different systems to provide you with all that is new.