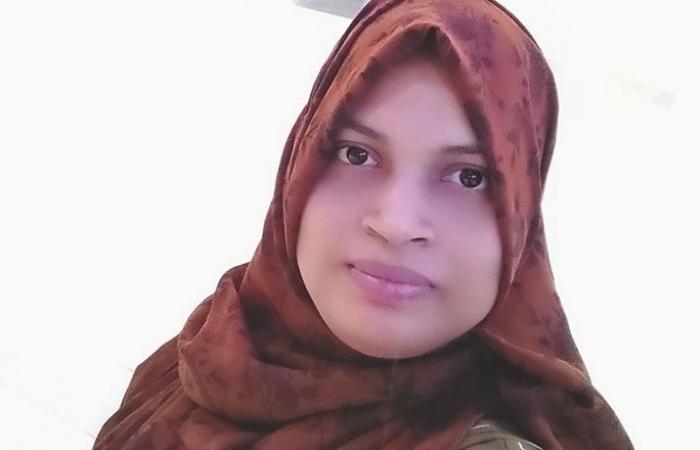 Aden - Yasmine El Tohamy - She has been working on the series for the past six months.

It took an average of 20 hours for Indian expat Febna Dilshad to complete one of her eggshell paintings. She had a target in mind - to create portraits of all UAE Rulers as the country celebrates its 48th National Day.

On Thursday, Febna exhibited her paintings at Al Mamourah Primary Health Centre in Ras Al Khaimah as part of the N-Day celebrations. "I believe in sustainability and to prove my point, I wanted to create art using environment-friendly materials. That's how I began using eggshells," she said.

"Although it takes only 20 hours to complete an artwork, I took an average of 10 days with my youngest son who is just six months old," said Febna, mother of three kids.

She has been working on the series for the past six months.

"I first sketch outlines on canvas and then used toothpicks to place the shells on canvas and paint using acrylic. My first portrait was that of the Founding Father of the UAE, Sheikh Zayed bin Sultan Al Nahyan, done during the Year of Zayed. I wanted to give my best to the leaders of the country and decided to complete these artworks by December 2," said Febna, who has been living in the country for the past 12 years.

"Other works I do include coffee painting and foil paper calligraphy. I try to be as environment-friendly as possible. I am a pharmacist by profession and know how harmful chemicals can be to the planet. Through this series, I show my gratitude to this country which promotes sustainable living," she said.

Febna is also a master in mirror-writing - writing in in four languages using both hands simultaneously. "Writing like that started when I was in school. I was intrigued by the word 'ambulance' which is written in large mirrored text for drivers to see. I still try to write in other languages," she added.

These were the details of the news Ras Al Khaimah - Eco-artist creates UAE Rulers' portraits using eggshells for this day. We hope that we have succeeded by giving you the full details and information. To follow all our news, you can subscribe to the alerts system or to one of our different systems to provide you with all that is new.