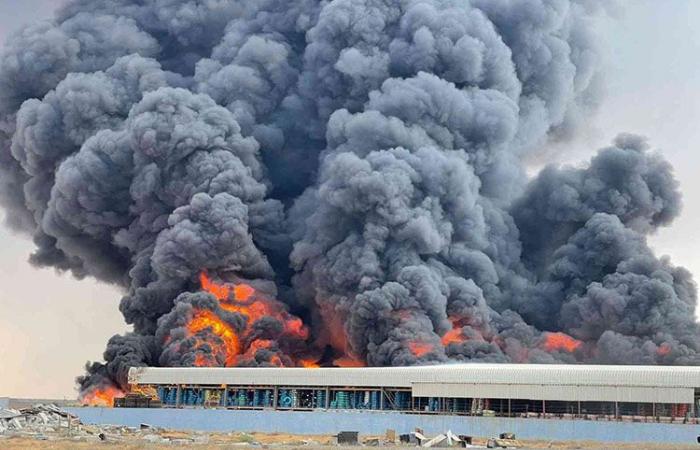 The Umm Al Quwain Civil Defence teams supported by teams from civil defense stations in Dubai, Sharjah, Ras Al Khaimah, Ajman and Abu Dhabi were able to contain and put out a fire that erupted in a tyre factory locating in Umm Al Thoob Industrial Area on Tuesday afternoon.

The operations room of the civil defence received report at 1pm stating that a tire factory had caught massive fire.

Instantly, the civil defence teams and rescue personnel were dispatched to the scene, where they evacuated the factory and next facilities from people to preserve their safety.

The extinguishing operation continued for hours until they completely put the fire out, the media office of Umm Al Quwain Executive Council said, confirming that the fire caused no human causalities.

These were the details of the news Massive fire erupts in tyre factory in Umm Al Quwain for this day. We hope that we have succeeded by giving you the full details and information. To follow all our news, you can subscribe to the alerts system or to one of our different systems to provide you with all that is new.