One killed, 10 others injured in separate traffic accidents in Dubai 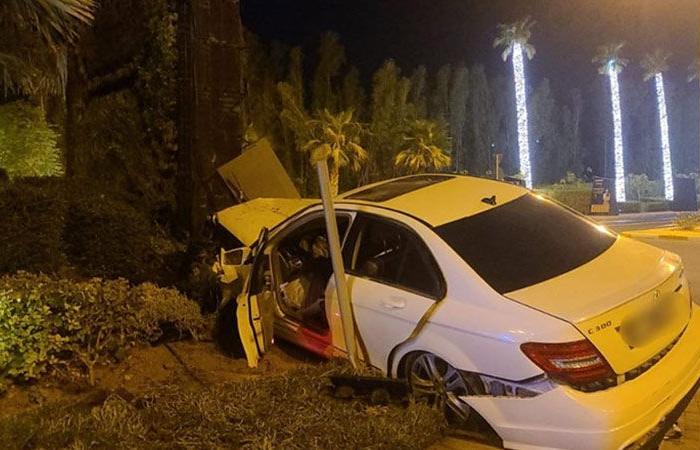 Hello and welcome to the details of One killed, 10 others injured in separate traffic accidents in Dubai and now with the details

A man was killed and 10 others sustained multiple injuries in 10 separate accidents that took placed over the past hours, according to Colonel Juma Salem Bin Suwaidan, Acting Director of the General Department of Traffic at Dubai Police, who said the accidents took place as a result of tire explosion, tailgating and lack of attention.

The first accident took place between a minibus and heavy-duty pickup at 1:45pm on Tuesday on Emirates Road in the direction heading to Sharjah, he said.

Preliminary information indicates that the accident occurred when the truck stopping in the middle of the road after its tire exploded to be hit by the minibus from behind, he added.

As a result, one person succumbed to his serious injuries, while seven others sustained moderate to minor injuries, he said, noting that the minibus and the pickup were seriously and moderately damaged respectively.

The second accident took place at 7:30pm on Ras Al Khor in the direction heading to University City roundabout when a minibus swerved to the left side and hit the cement barrier, he said.

As a result, the driver sustained serious injuries, he added, noting that preliminary information indicated that the accident occurred as a result of a tire explosion.

In another accident, a person was injured in a collision that occurred at 7:45pm between a car and a motorcycle in the Al Barsha area because of tailgating. As a result, the cyclist was moderately injured.

The fourth accident took place at 10pm on an internal road in the Damac Hills 2 area when a light car hit the sidewalk and settled in the roundabout due to driver’s lack of attention, Bin Suwaidan said. The driver sustained serious injuries, while the car was moderately damaged, he added.

These were the details of the news One killed, 10 others injured in separate traffic accidents in Dubai for this day. We hope that we have succeeded by giving you the full details and information. To follow all our news, you can subscribe to the alerts system or to one of our different systems to provide you with all that is new.