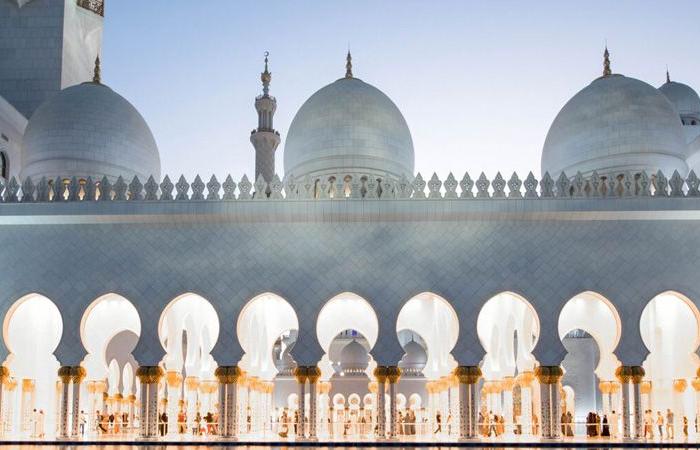 The mosque offers a unique Tolerance Path experience that takes visitors on an unforgettable journey of exploration, in addition to its role as a place of worship.

Over the first six months of 2021, the Sheikh Zayed Grand Mosque Centre (SZGMC) conveyed the mosque’s message of tolerance, stemming from the true teachings of Islam, through 1,700 cultural tours. In addition, the centre organised 75 virtual tours in Arabic and English via Instagram and Microsoft Teams, recording 7,382 views.  Three tours were conducted in sign language as part of the RE’HAAB ALHEMAM programme that caters for people of determination to include them in various initiatives organised by the centre as part of its commitment to social responsibility and in recognition of their influential role within the community.

Rebecca Costel, a visitor from the United States (US), said, “I was pleased to visit the mosque, which I had previously seen through websites and read about its message calling for openness to the cultures of the world, which is embodied in its construction and the artworks that bring together various civilisations in one place.”

Another visitor from the US, Brett Hopkins, agreed that the mosque was one of the most significant cultural and tourist destinations in the UAE, which is full of world-leading landmarks. “There is no doubt that our visit to the mosque left us with an impression of its importance due to the architectural design, inspired by its rich history,” he added.

A group of Brazilian tourists shared their admiration for the magnificent architecture of the mosque with its domes, columns and creative artistic elements. Bruna Gomez, a member of the group, said, “The mosque is one of the most attractive tourist destinations in the UAE. We visited many other sites in the country, but our visit to the mosque was the highlight of our trip here.”

A French visitor indicated that he was happy to visit the mosque and see the Islamic architecture and traditional art in harmony with modern designs. He expressed a wish to return to explore the external architectural details in greater depth.

Visitor Sarah Mahmoud praised the excellent organisation that meets the needs of visitors of all ages, starting from entering the visitors’ centre and touring the mosque’s courtyards and corridors, and continuing to Souq Al Jami.

These were the details of the news Sheikh Zayed mosque offers unique Tolerance Path for this day. We hope that we have succeeded by giving you the full details and information. To follow all our news, you can subscribe to the alerts system or to one of our different systems to provide you with all that is new.