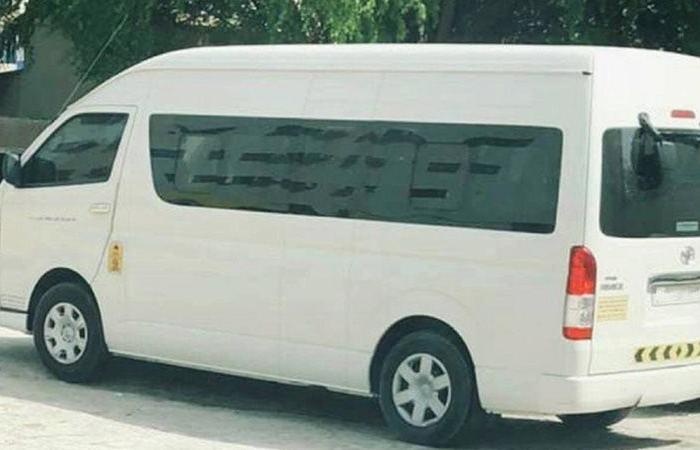 Nevin Al Sukari - Abu Dhabi - A view of the bus.

A 4-year-old Arab child died of suffocation inside a bus belonging to a talent development centre in the Emirate of Ajman. The child was left sleeping on the bus for 4 hours, according to investigation by the Ajman Police.

The Operations Room of the police received a report from Amina Hospital in Ajman on Monday evening stating that a child was brought to the hospital from an Arab education centre in a critical condition, but he passed away minutes after arriving at the hospital.

Brigadier Abdullah Saif Al Matroushi, Director General of Police Operations, explained that after interrogating the workers at the centre and examining the bus, it was found that the supervisor of the bus had neglected to drop the child off at the centre because she did not notice him sleeping on the bus.

The child’s absence was discovered after 4 hours, when the centre’s supervisor noticed his bag without him being there during lunchtime at noon. After an extensive search, they found him in a critical condition on the bus, so they rushed him to the hospital after they failed to revive him at the centre, Al Matroushi said.

Upon arriving at the hospital, the child died reportedly because of lack of oxygen and overheating in the bus. Accordingly, the case has been transferred to the Public Prosecution.

Investigations also showed that the centre was breaching rules as it was conducting an activity contrary to what was registered in its commercial licence, which was found to have expired more than a year ago. The Ajman Public Prosecution ordered the detention of the centre’s director, the supervisor and the bus driver on charges of causing the child's death.

Al Matroushi called on the parents to keep tabs on the movements of their children wherever they are, whether at home or outside, warning of the dire consequences of neglect and causing harm to children.

These were the details of the news 4-year-old Arab child dies of suffocation after being left sleeping for 4 hours inside bus in Ajman for this day. We hope that we have succeeded by giving you the full details and information. To follow all our news, you can subscribe to the alerts system or to one of our different systems to provide you with all that is new.