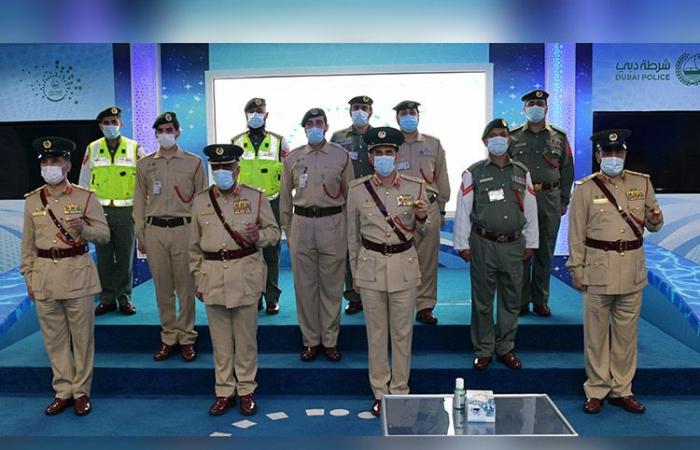 Hello and welcome to the details of 1 minute and 17 seconds: Dubai Police chief honours patrol '512' for lightning response to emergencies and now with the details

It is common knowledge, specially to those who live in the UAE, that the police in the nation are the illuminating signposts of efficiency and security. In particular, Dubai Police stand out in this regard. They have a record that is the envy of other police forces in the world. They crack down on lowlifes or criminals, which includes drug smugglers, with a fierce intensity and toughness unparalleled anywhere not just in the region but also in the world.

However, they are also very gentle in their behaviour towards residents, totally devoid of the rude culture that marks some police outfits elsewhere on the globe. Little wonder then that have not only succeeded in tamping down crime but have also been shining beacons of help and humaneness to visitors and residents alike, be it in their response to queries or rescuing tourists stranded in the mountains.

They are also reputed for their lightning reflexes in responding to any crisis or emergency. In fact they have dealt with such situations in less than two minutes. The Commander-in-Chief of Dubai Police, Lieutenant General Abdullah Khalifa Al Marri, recently honoured police officers of patrol ‘512’ who achieved an emergency response time of one minute and 17 seconds in Al Muraqqabat Police Station jurisdiction area, while the targeted response time was two minutes and 48 seconds, thus achieving the highest response rate among Dubai Police's stations in 2020.

These were the details of the news 1 minute and 17 seconds: Dubai Police chief honours patrol '512' for lightning response to emergencies for this day. We hope that we have succeeded by giving you the full details and information. To follow all our news, you can subscribe to the alerts system or to one of our different systems to provide you with all that is new.