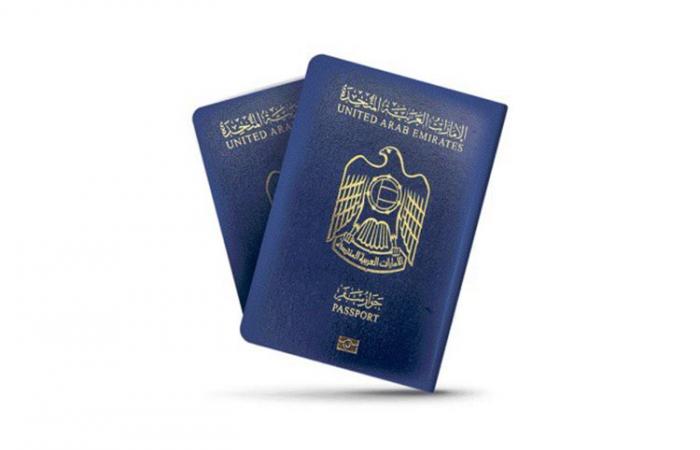 Hello and welcome to the details of UAE passport is the world’s third powerful: Arton Capital-Passport Index and now with the details

The UAE passport has risen to third place globally in the passport index issued by the Arton Capital-Canada, in its latest updates of the countries classification.


The UAE passport has also maintained its place as the most powerful passport in the Arab world.


It allows its holder to enter 134 countries around the world, including 86 countries without a prior visa, and 48 countries with visas to be obtained online or upon arrival.


The top ranks of the UAE passport is attributed to the positive diplomacy adopted by the UAE, Arton said.


Despite the challenges of travel amid the COVID-19 pandemic, the UAE has successfully opened its doors to tourism and commercial activities, and resumed operations at international airports.

And on June 24, Dubai Airports reopened Terminal 1 and Concourse D at the Dubai International Airport.

Moreover, it was reported that Emirates Airlines plans to reactivate 90 per cent of its destinations network by the end of July.

The Passport Index also included seven other countries in third place with the UAE, including Finland, Austria, Italy, Ireland, Japan, South Korea and the United States, all of which achieved a score of 134.

The New Zealand passport ranked the first with a score of 136.


Holders of the New Zealand passports are able to enter 92 countries without a prior visa and entre other 44 countries with a visa on arrival or online.


Four countries ranked second on the list, including Germany, Spain, Switzerland and Australia, with a score of 135.


The British passport ranked the fifth on the list, while China, India and Pakistan ranked 54, 64 and 79, respectively.


The weakest passports in the world are Afghanistan, Iraq, Syria and Somalia, which ranked 83, 82, 81 and 80, respectively.

These were the details of the news UAE passport is the world’s third powerful: Arton Capital-Passport Index for this day. We hope that we have succeeded by giving you the full details and information. To follow all our news, you can subscribe to the alerts system or to one of our different systems to provide you with all that is new.