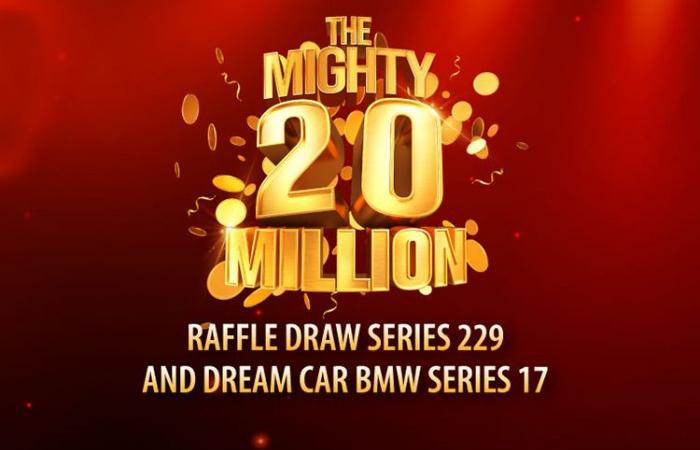 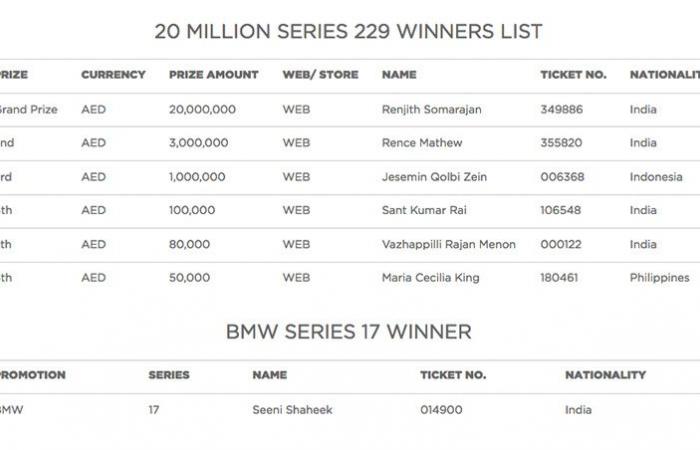 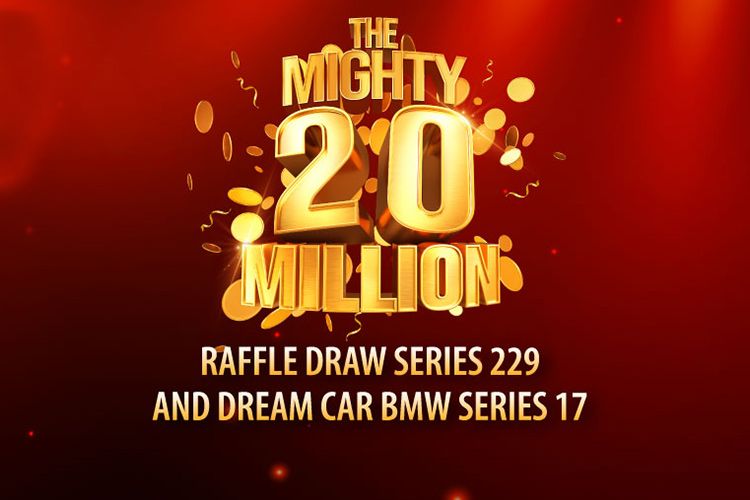 Indian expat based in Dubai, Renjith Somarajan has hit the Dhs20 million Big Ticket jackpot in Abu Dhabi on Saturday.

Renjith bought the ticket on June 29.

Big Ticket Abu Dhabi wrote on Facebook, “Congratulations to Renjith Somarajan, from India, with winning ticket no. 349886. He won AED 20 Million in The Mighty 20 Million series 229.”

Rence Mathew with the Ticket No. 355820 from India, won Dhs3 million in the lucky draw. Rence also bought the ticket online. 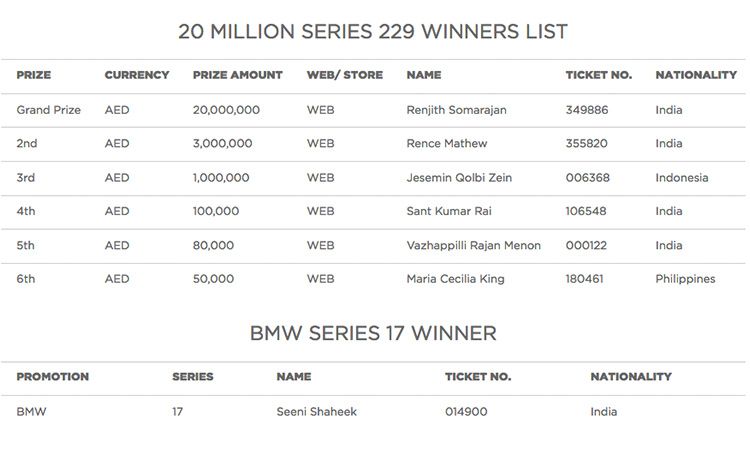 Big Ticket also wrote, “Congratulations to Seeni Shaheek with Ticket No. 014900 from India for winning the Dream Car BMW series 17!”

Apart from  Ranjith, 5 other won prize money between Dhs3 million to Dhs50,000  in the raffle draw.

The Big Ticket, the longest-running and biggest raffle draw in the UAE is hosted at Abu Dhabi International Airport, Al Ain Airport and online at www.bigticket.ae

These were the details of the news Dubai-based Indian expat Renjith Somarajan wins Dhs20 million in Abu Dhabi’s Big Ticket jackpot for this day. We hope that we have succeeded by giving you the full details and information. To follow all our news, you can subscribe to the alerts system or to one of our different systems to provide you with all that is new.