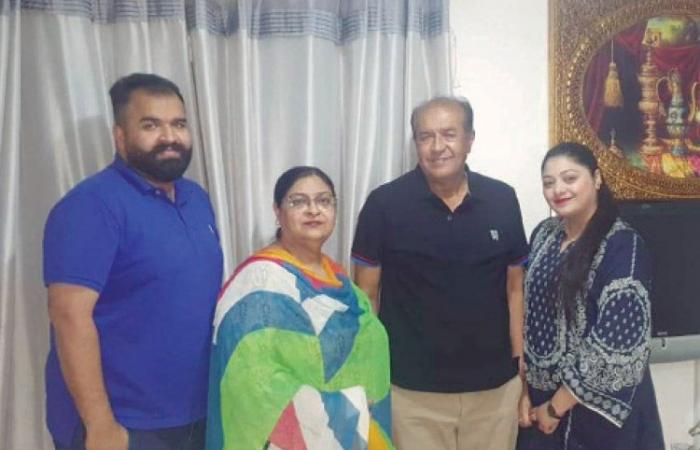 The quality of life in the UAE is highly decent. This has been expressed by Muhammad Jahangir, a 62-year-old Pakistani expatriate.

“After spending 59 years in this part of the world, I have no wish to move back,” said Jahangir.

Talking to Gulf Today, Jahangir said that his life journey started when he along with his mother landed at Dubai port through a ship in 1961.

His father, a blue-collar worker from Lahore, had already reached Dubai in 1961.

“In 1961, I was around two years old and travelled on my mother’s passport as first we reached Karachi where Indian ship Darma was anchored to take passengers for Dubai via the stops at Gwadar Port and Muscat Port. At that time the Indian ships were the only means of transportation for cargo and passengers coming to Dubai,” he said.

His father was fed up with small jobs and tried to set up some business as his mind was focusing around business. “With the help of my mother’s hard work, my father managed small savings and started a restaurant in Murshad Bazaar area near Dubai Gold Souk. My mother used to cook all the food for the restaurant and we (brothers) also helped my father. First we introduced ‘Lassi’ and ‘Aloo Paratha’,” he said.

His father acquired post box facility and he received letters in his unique P.O, Box 100 in Dubai. “Our PO Box number surprised many as this number was considered rare by some of the expatriates,” he said.

Sometimes, Jahangir along with his two brothers helped his father in his restaurant. They passed 10th grade from the Pak Middle High School, Murshad Bazaar Dubai.

In his childhood, the only entertainment was watching movies in the Dubai’s only cinema located in Nasir Square near the Municipality office. “The life was tough and we did hard work to stay afloat while running the restaurant but everyone has some difficulties in their lives and now we are reaping the fruit of the hard work of my parents,” he said.

At that time, the children of most of the expatriate families went to their home countries for further education. “We as young kids were supporting our family and could not study further but managed to run our restaurant,” he said.

Jahangir had other things in mind and started looking after a job and soon he found one in Dubai Municipality’s Pest Control department where he spent 9 years. In 1991, he joined Sharjah Driving Institute.

“During these years I have trained scores of people in the driving school. I had students of three generations (father, son, and grandson) from the same family in Sharjah institute besides many others,” he said.

Residing in Sharjah since 1994, he has also witnessed the whole transformation journey of the UAE while working in the driving institute besides setting up his own business. “All these years, we lived in peace and enjoyed the transformation of the country which is like our own home. I wish to spend my remaining life in the UAE,” he said.

Jahangir has travelled all over the Europe, Asia and has the visas of Canada and USA. “But I don’t want to move to either Pakistan or Europe after retirement as I took some arrangements like setting up my own business to keep staying and enjoy the peaceful life in the UAE,” he said. He has a son and a daughter and is residing in Sharjah.

Recalling his old days, he said that his only passion was to be a cricketer. “I was the captain in my school team and later in Dubai Municipality’s cricket team. We started ‘night cricket’ in Sonapur during Ramadan in 1986 and since then it became a regular event as major entertainment for the blue-collar residents in the area.”

These were the details of the news Pakistani expatriate’s love for UAE boundless for this day. We hope that we have succeeded by giving you the full details and information. To follow all our news, you can subscribe to the alerts system or to one of our different systems to provide you with all that is new.