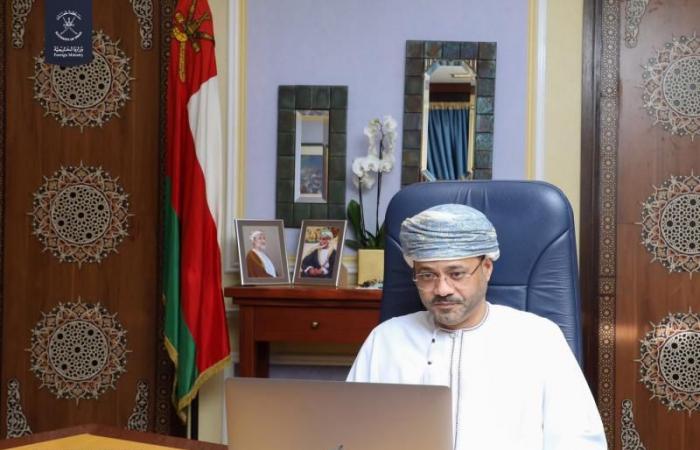 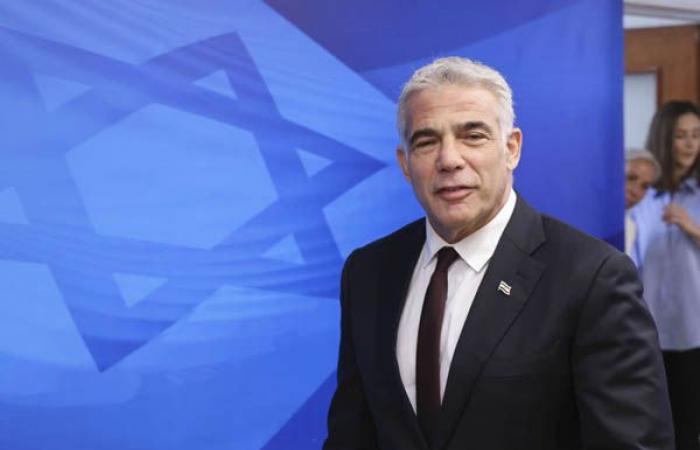 Hind Al Soulia - Riyadh - An Israeli diplomatic source said that neither Oman nor Israel is facing obstacles when it comes to normalisation. He added that Oman prefers to wait before taking such a step and that the Israeli side has shown a great deal of understanding.

MUSCAT - A phone call between Omani Foreign Minister Badr al-Busaidi and his Israeli counterpart Yair Lapid showed Muscat and Tel Aviv were maintaining contact and good relations, despite a reluctance to officially declare a normalisation of ties.

Busaidi expressed hope on Thursday that the new Israeli government will take concrete steps towards creating an independent Palestinian state with occupied East Jerusalem as its capital. He also stressed the constants of the Omani peace policy in this regard.

The Omani minister spoke by phone to Israel’s top diplomat, according to ONA, the state news agency of Oman, which has a long-standing policy of neutrality in the turbulent region and often acts as a mediator.

Thursday’s phone call marks first contact of its kind after the departure of Binyamin Netanyahu from the premiership of the Israeli government and the formation of a new government headed by Naftali Bennett.

Experts noted that Thursday’s call reflects the strength of Omani-Israeli relations, which have not been affected by regional developments and the change of officials on both sides.

Busaidi replaced his predecessor Yusuf bin Alawi as Oman’s top diplomat, when the latter was dismissed in August 2020. Over the years he spent in office, bin Alawi had contributed to the development of relations between Muscat and Tel Aviv. The government of Netanyahu also played a key role in boosting these relations, culminating in the former Israeli premier’s historic visit to the Sultanate in 2018.

The good relations between Muscat and Tel Aviv have long raised questions about the two countries’ plans when it comes to a full normalisation of ties.  These questions became more frequent during the past months after the UAE, Bahrain and Morocco normalised ties with the Jewish state and Sudan took a number of steps in the same direction.

An Israeli diplomatic source said that neither Oman nor Israel is facing obstacles when it comes to normalisation. He added that Oman prefers to wait before taking such a step and that the Israeli side has shown a great deal of understanding , especially since the two sides are satisfied with the current level of bilateral  relations.

The same source however noted, “This does not necessarily mean that the coming period will not witness an official normalisation of Israeli-Omani relations, especially that such a process enjoys the support of the United States, an ally of both countries.”

Earlier in June, the Associated Press reported that the administration of US President Joe Biden is laying the groundwork for a renewed push to encourage more Arab countries to sign accords with Israel. The US administration is also working to strengthen existing deals after last month’s devastating war in the Gaza Strip interrupted those diplomatic efforts.

The embrace of the so-called Abraham Accords is a rare carryover of a signature Trump administration policy by Biden and other Democrats.

The Trump administration put US clout and incentives into landing the country-by-country pacts by four Arab states last year, easing enmity and isolation for the Jewish state in the Middle East that had dated back to Israel’s 1948 founding.

The Biden administration saw significant prospects of several other Arab governments signing accords soothing and normalising relations with Israel. US officials have declined to publicly identify the countries they regard as promising prospects.

Sudan, which signed a general declaration of peaceful intent but has not yet signed on to diplomatic relations with Israel, had been a prospect. Oman, which has a policy of non-interference that allows it to be a broker across the Middle East’s fault lines, long has been seen by Westerners as a likely contender.

The fighting “has strengthened the conviction of opponents of normalisation” with Israel, activist Doura Gambo said in Sudan.

Sudanese were already divided over their government’s agreement last year to become one of the four Arab states signing accords. In Sudan’s case, the Trump administration offered financial relief from US sanctions.

Last month’s bloodshed, which killed 254 Palestinians, including 66 children and at least 22 members of one family, resonated deeply with the Arab public, including in the other countries that had signed accords with Israel: the United Arab Emirates, Bahrain and Morocco. Thirteen people died in Israel, including two children and one soldier.

The Biden administration is considering appointing a former US ambassador to Israel, Dan Shapiro, to a Mideast role that would marshal and potentially expand the country-by-country accords between Israel and Mideast governments.

Two people familiar with the matter confirmed Shapiro was being considered for the job, as first reported by The Washington Post. They spoke on condition of anonymity because they were not authorized to comment publicly.

US officials also are working to encourage more business, education and other ties among the four Arab states and Israel. They hope visible success there will also promote the bilateral accords in the region, at the same time the US works to advance resolution of the Israel-Palestinian conflict.

Last year, the United Arab Emirates became the first Arab country in over two decades to establish ties with Israel, after Egypt and Jordan in 1979 and 1994, respectively. It was a move that bypassed the Palestinians, who saw it as betrayal.

The Abraham Accords include a general declaration of support for peaceful relations in the Middle East among Jews, Muslims and Christians, all followers of religions linked to the patriarch Abraham. The Trump administration saw the accords partly as paving a path toward full ties with Israel, including in security and intelligence cooperation to counter common rivals, such as Iran.

The deals former President Donald Trump struck were “an important achievement, one that not only we support, but one we’d like to build on,” US Secretary of State Antony Blinken told the House Foreign Affairs Committee earlier this month.

In addition, “we’re looking at countries that may want to join in, and take part and begin to normalise their own relations with Israel. That, too, has been very much part of conversations I’ve had with, with several of my counterparts,” Blinken added.

Before any new efforts on the accords move forward, big political and pragmatic developments need to fall into place in the region. Eyes are on Israel at the moment to see how a possible new coalition government led by a new prime minister may affect Israeli-Palestinian relations, especially in the aftermath of the Gaza war.

These were the details of the news Oman contacts with Israel highlight normalisation prospects for this day. We hope that we have succeeded by giving you the full details and information. To follow all our news, you can subscribe to the alerts system or to one of our different systems to provide you with all that is new.