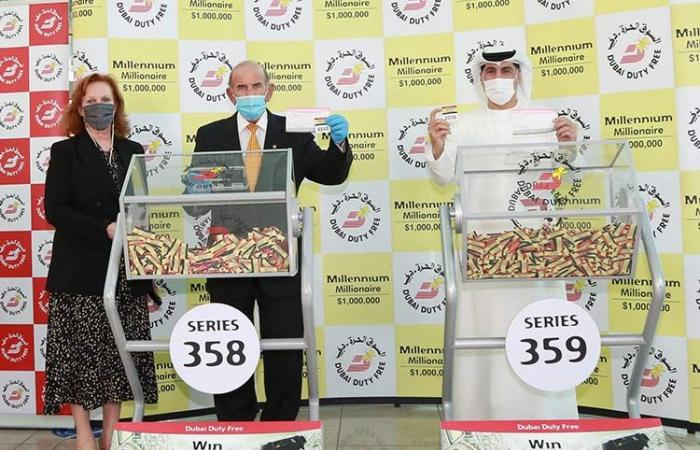 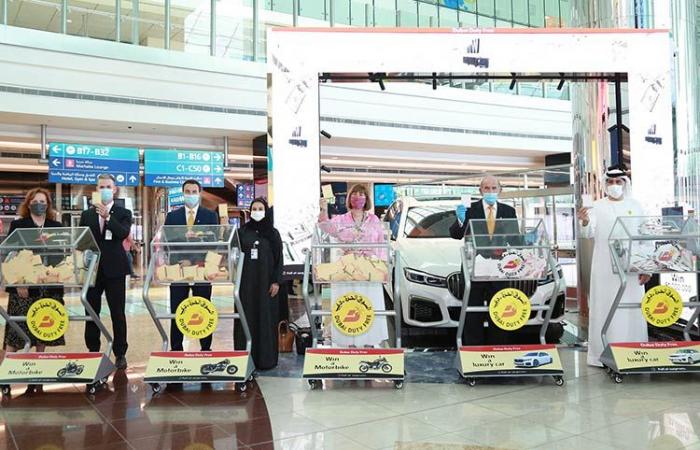 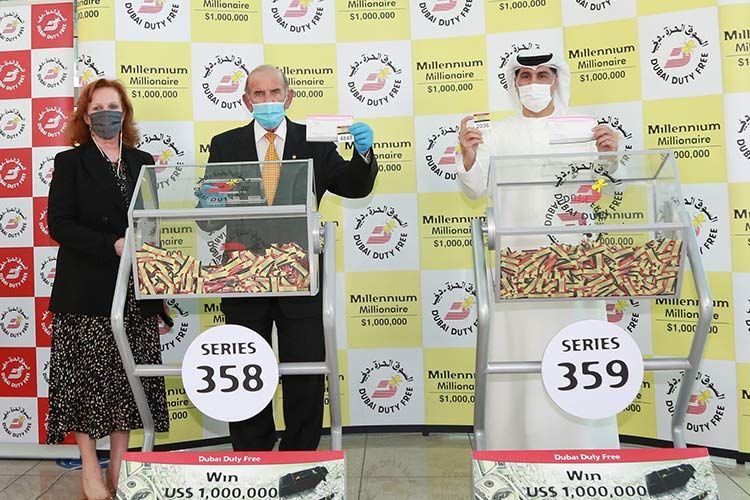 
A Pakistani and a Belgian national have been added to the long list of dollar millionaire while five others won luxury vehicles as Dubai Duty Free conducted the latest draw for Dubai Duty Free Millennium Millionaire and Finest Surprise promotion on Wednesday in Concourse B at Terminal 3 of Dubai International Airport.

Waseem Ramzan, a Pakistani national based in Saudi Arabia became a $1 million winner in Millennium Millionaire Series 358 with ticket number 4848 which he purchased online on April 14.

Ramzan was unavailable for immediate comment, but will no doubt be surprised when he learns of his newfound fortune.

Kloeck is a regular participant in Dubai Duty Free’s promotion since 2017 and the father of two works as a senior project manager for Abu Dhabi Ports.

A resident of Dubai for six years now, Kloeck who will be turning a year older by the end of this month exclaimed, “What an early birthday gift! Thank you so much Dubai Duty Free for this unexpected surprise!”

Kloeck is the first Belgian national to win $1 million since the start of the Millennium Millionaire promotion in 1999. 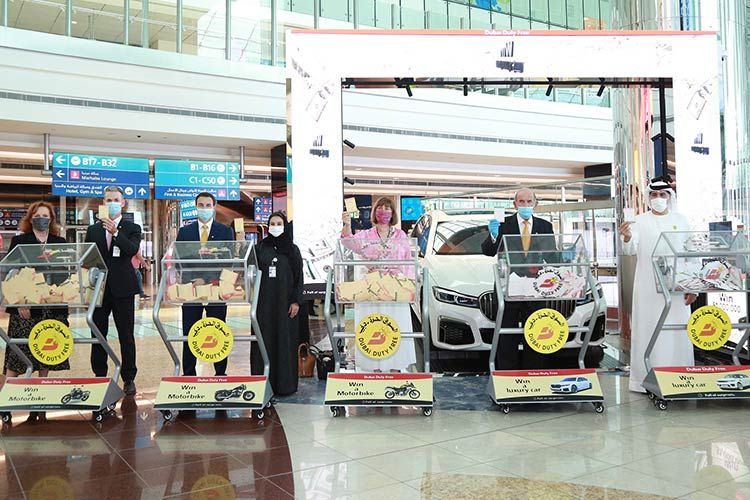 Yutaro Adachi, a Japanese national based in Tokyo, won a Range Rover Sport HSE Dynamic 3.0 P360 (Fuji White) car, with ticket number 0280 in Finest Surprise Series 1773, which he purchased on his return to Tokyo from Dubai on April 28, 2021.

Adachi is currently uncontactable and will surely be surprised to hear of his win.

Dany Abi Khalil, a 46-year-old Lebanese national based in Dubai won a BMW 760Li xDrive (Mineral White Metallic) car, with ticket number 0376 in Finest Surprise Series 1774, which he purchased online on May 10.

A regular participant in Dubai Duty Free’s promotion for three years, Abi Khalil works as a general manager for a French company Lactalis.

“Thank you Dubai Duty Free. I’m going to keep participating in your amazing promotion and hopefully I could win the $1 million the next time I receive your call,” he said.

Arun Kundumkara, a 35-year-old Indian national based in Sharjah won a BMW F 850 GS Adventure (Black/Yellow) motorbike, with ticket number 0471 in Finest Surprise Series 453, which he purchased on April 27.

A resident of Sharjah for almost 10 years now, Kundumkara is a father of one and works as a system administrator for Sony Middle East.

“This is really surprising, thank you Dubai Duty Free! I really commend your promotion,” he said.

An owner of an air conditioning repair shop, Aranjo who only started buying tickets in Dubai Duty Free’s promotion last month was ecstatic to find out that he won a Harley motorbike.

“Thank you very much Dubai Duty Free. I cannot believe I have won this early,” he exclaimed.

Lastly, Evelyn Laus, a 49-year-old Filipino national based in Dubai won a BMW R nineT Scrambler (Kalamta Metallic Matt) motorbike, with ticket number 0825 in Finest Surprise Series 455, which she purchased online on May 6.

A regular participant in Dubai Duty Free’s promotion since 2016, Laus is a resident of Dubai for nine years now and works as a sales assistant for Just Accessories.

“Thank you so much Dubai Duty Free. The money that I will get from selling this motorbike will definitely go along away,” she said.

These were the details of the news Pakistani and Belgian nationals win $1m each in Dubai Duty Free raffle draw for this day. We hope that we have succeeded by giving you the full details and information. To follow all our news, you can subscribe to the alerts system or to one of our different systems to provide you with all that is new.