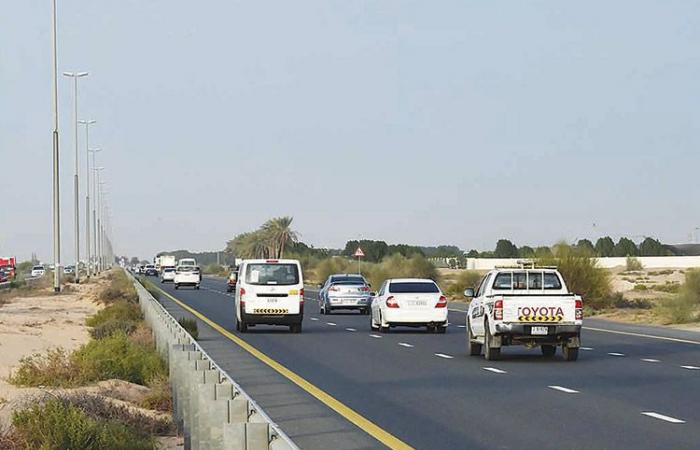 
Dubai’s Roads and Transport Authority (RTA) called on motorists to avoid driving while feeling exhausted or sleepy, especially during the holy month of Ramadan, where the attentiveness of some motorists drops due to the change of eating and sleeping habits.

"The noble values of the holy month need to reflect on the attitudes of individuals, such as the compliance with the traffic rules and avoiding offensive driving at the expense of other road users.”

She stated that the Traffic and Roads Agency would wish to praise the efforts of partners who were keen to deliver a host of educative messages to a large number of motorists to ensure the success of the campaign named (Enjoy Your Fasting, Remain Focused on the Road).

“RTA will send awareness messages via social media channels, sites, and messaging signs to raise the public awareness about safe driving during Ramadan. The variation of sleeping and duty timings during Ramadan tends to impact the attention of fasting motorists; which is visible at the time of driving from the workplace to home where the driver’s concentration drops to the minimum.  It impacts the ability of the driver to take the proper decision at the right time. Therefore, extra caution & attention is required when driving from the workplace back to home to avoid accidents,” warned Maitha.

“Most traffic accidents that take place in Ramadan are attributed to the lack of leaving a safe distance between vehicles. Drivers are therefore encouraged to leave enough distance between vehicles. They are advised to switch on air-conditioners while driving as the hot conditions give rise to the feeling of exhaustion. The driver has to maintain an upright position while seated and keep the head raised while driving,” she noted.

"Drivers are recommended to take enough rest before sitting behind the wheel and cease driving once feeling very tired, drowsy, or yawning. Relaxing and resting for a short period may help the driver to complete the journey safely. Once drivers hear the call for Maghreb prayer while driving, they must stop to take a light Iftar, even if a glass of water and few dates, before resuming the journey,” she added.

-Avoid driving after taking a heavy meal, especially after fasting

-Be patient when driving during Ramadan, and leave a safe distance from the vehicle to the front

-Expect congestion and make more time to reach your destination to avoid tension while driving.

-Do you know that sleeping inside a vehicle while keeping all windows closed and the A/C switched on in closed areas can cause suffocation and death within less than an hour?

-If you are the kind of person who is remarkably tense while fasting, better leave your vehicle and use public transport to reach safely to your destination.

These were the details of the news RTA shares some tips and urges motorists to avoid driving while feeling exhausted in Ramadan for this day. We hope that we have succeeded by giving you the full details and information. To follow all our news, you can subscribe to the alerts system or to one of our different systems to provide you with all that is new.