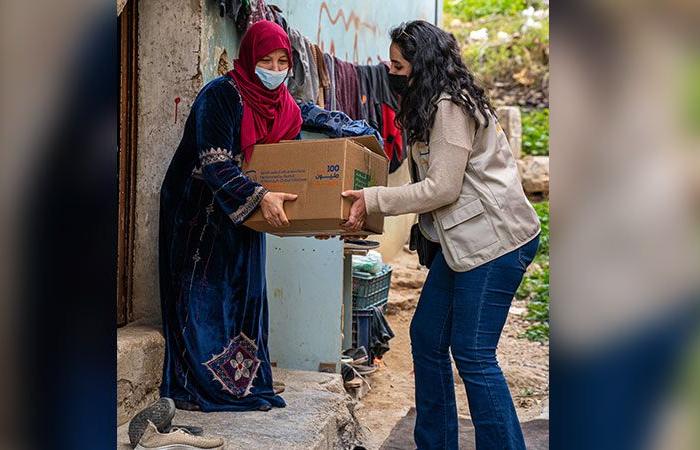 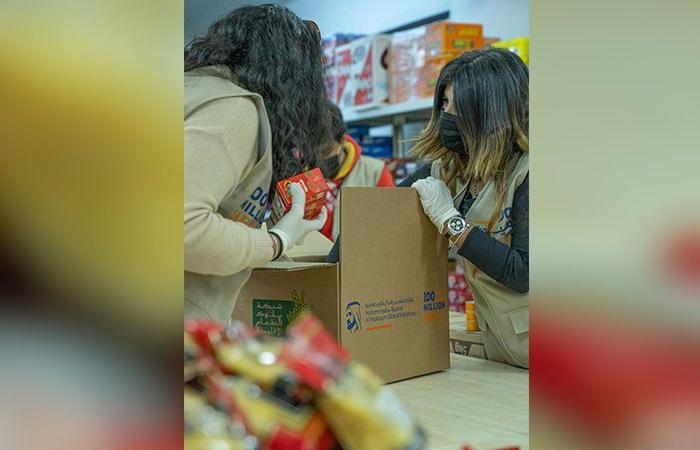 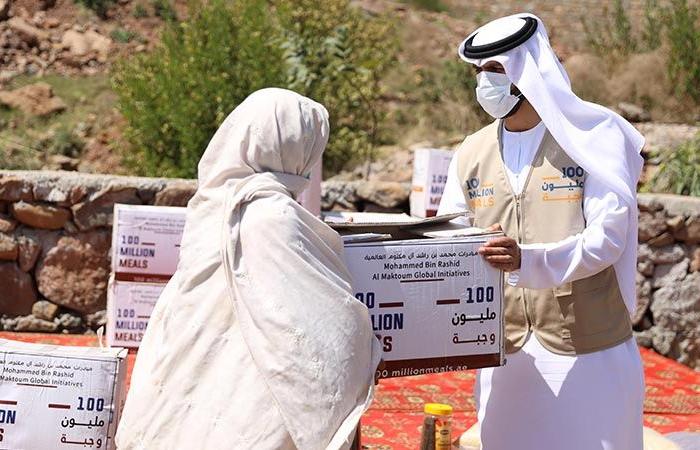 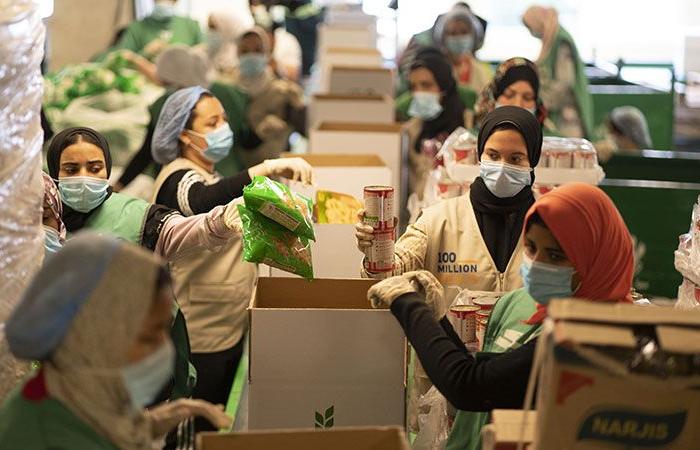 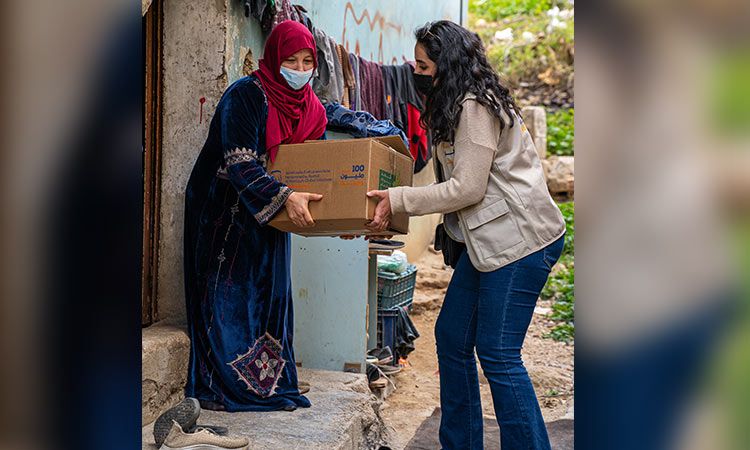 The “100 Million Meals” campaign, which aims to provide food parcels to disadvantaged communities across 20 countries in the Middle East, Asia, and Africa, achieved 78 per cent of its target within the first week its launch.

The campaign raised over Dhs78 million, equivalent to providing more than 78 million meals, as massive donations continue to pour in from individuals, companies and entities inside and outside the UAE.

Food distribution has already begun in several countries including Jordan, Egypt and Pakistan, with aims to provide food parcels enough to prepare 100 million meals across 20 countries. 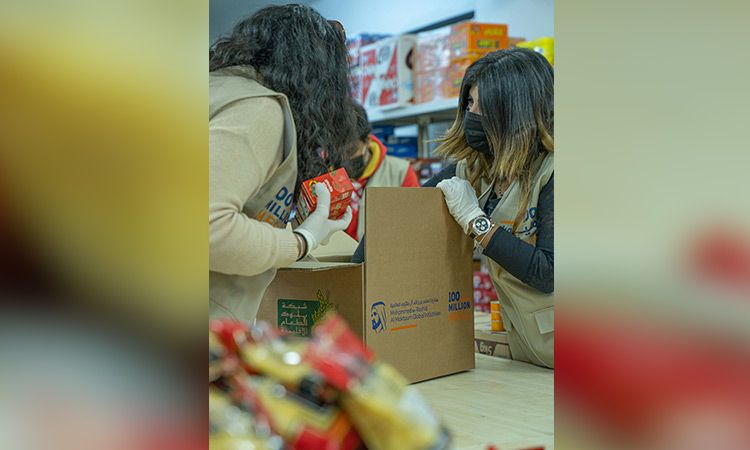 Organised by the Mohammed Bin Rashid Al Maktoum Global Initiatives (MBRGI), the campaign aims to secure food parcels that empower disadvantaged families and individuals to prepare their own meals during the Holy Month of Ramadan.

Mohammad Bin Abdullah Al Gergawi, Minister of Cabinet Affairs and Secretary-General of MBRGI, said, "raising more than half of the targeted donations in less than a week since the launch of the campaign reflects the keenness of the UAE community — with all its segments and companies — to support the country’s humanitarian efforts to provide relief to people in need across the world." 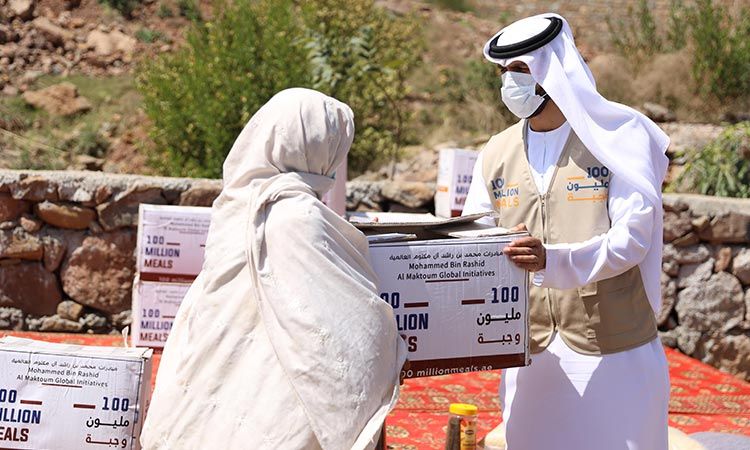 A woman receives a donation box of the '100 Million Meals' in Pakistan. WAM


Al Gergawi affirmed that the “100 Million Meals” campaign comes at a time of great need for human solidarity globally, and reflects the UAE’s vision to maximise the scope of humanitarian work to reach people across all corners of the world. The campaign, he said, is the outcome of everyone’s participation in the mission of improving lives.

He added, "as part of our role at MBRGI, we responded to the overwhelming donations by immediately starting the food distribution process in several countries, in collaboration with the United Nations World Food Programme and the Food Banking Regional Network."

The World Food Programme will help provide 20 per cent of the campaign’s food parcels to refugee camps in Palestine, Jordan, and Bangladesh, while the Food Banking Regional Network is securing food parcels to target groups in 13 of the targeted 20 countries.

In collaboration with international and local partners, MBRGI is working to ensure food parcels reach to the people most in need of support. Beneficiaries are identified based on accurate, updated and integrated databases. 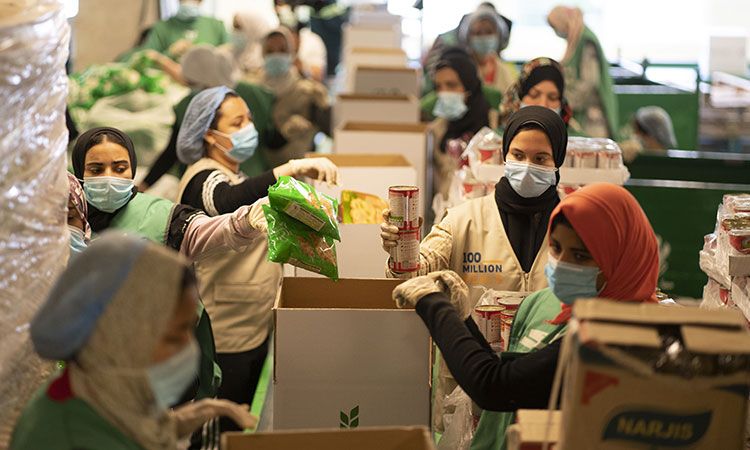 The “100 Million Meals” campaign operates within an integrated framework that ensures swift and simultaneous food distribution across 20 countries to provide food security to beneficiaries throughout the Holy Month of Ramadan.

Donations began pouring in within the first hours of the launch announcement by His Highness Sheikh Mohammed Bin Rashid Al Maktoum, Vice President and Prime Minister of the UAE and Ruler of Dubai.

Within less than a week from its launch, the campaign has attracted overwhelming response across digital platforms, social media, and instant messaging applications. The campaign has created a widespread enthusiasm within the UAE community to rush towards supporting people in need during the Holy Month of Ramadan.

Dr Ahmed Bin Abdulaziz Al Haddad, Grand Mufti and Director of the Ifta Department of the Islamic Affairs and Charitable Activities Department in Dubai (IACAD), issued a fatwa permitting the payment of cash forms of zakat to purchase food parcels for the ‘100 Million Meals’ campaign.

Individuals and companies can donate in four easy ways. First, on the campaign’s website www.100millionmeals.ae; second, via making a transfer to the designated bank account through Dubai Islamic Bank (AE08 0240 0015 2097 7815 201); third, by sending "Meal" by SMS on the specified UAE numbers (Du or Etisalat) listed on the website; fourth, by contacting the campaign call center on the toll-free number 8004999.

The campaign is organised by the Mohammed Bin Rashid Al Maktoum Global Initiatives, which was launched in 2015, combining under its an umbrella more than 30 humanitarian, community and development institutions that are devoted to aiding the vulnerable and empowering disadvantaged communities across the world.

These were the details of the news '100 Million Meals’ campaign achieves 78% target in first week for this day. We hope that we have succeeded by giving you the full details and information. To follow all our news, you can subscribe to the alerts system or to one of our different systems to provide you with all that is new.