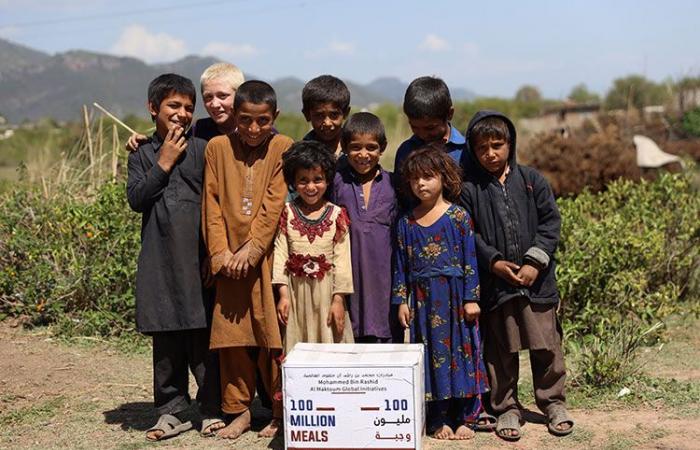 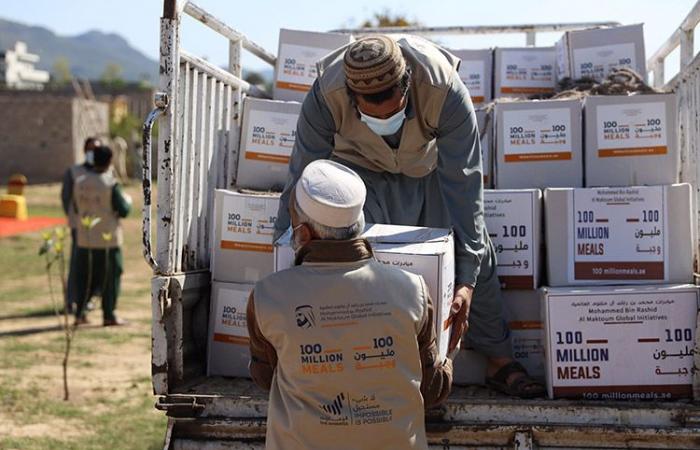 Hello and welcome to the details of VIDEO: ‘100 Million Meals’ campaign begins in Jordan, Pakistan, and Egypt and now with the details 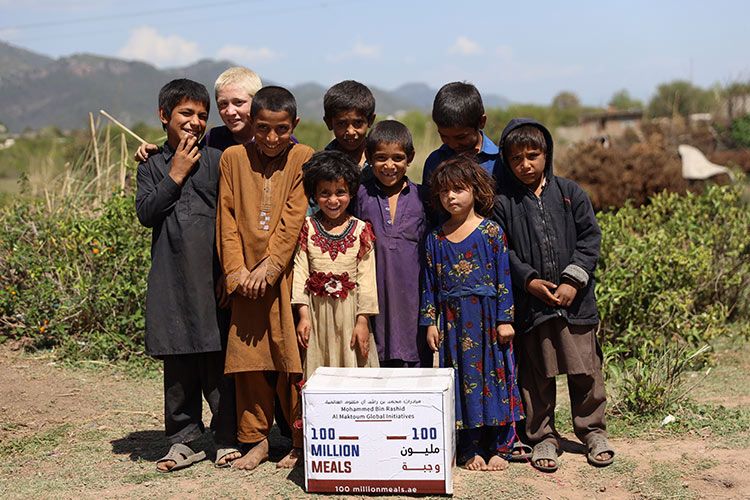 
Food distribution has already begun in Jordan, Pakistan, and Egypt as part of the ‘100 Million Meals’ campaign that aims to support disadvantaged communities across 20 countries during the holy month of Ramadan.

Low-income families, refugees, orphans, and widows in Jordan, Egypt, and Pakistan have started receiving food parcels that enable them to prepare their meals throughout the holy month of Ramadan.

The Mohammed Bin Rashid Al Maktoum Global Initiatives (MBRGI), organiser of the ‘100 Million Meals’ campaign, is collaborating with international and local partners in each of the beneficiary countries to ensure swift and efficient delivery of food parcels.

Massive donations continue to pour in from individuals, companies, and businessmen inside and outside the UAE since the campaign launched on April 11. Every AED1 donated helps provide one meal for beneficiaries in targeted countries across the Middle East, Africa, and Asia.

MBRGI is collaborating with the United Nations World Food Programme, the Food Banking Regional Network, and humanitarian organisations in beneficiary countries to ensure food parcels are delivered to people most in need.

The UN World Food Programme will distribute cash vouchers raised from the ‘100 Million Meals’ campaign, sufficient to provide 20.8 million meals in refugee camps in Jordan over the next six weeks. As a strategic partner in the ‘100 Million Meals’ campaign, the World Food Programme is helping provide food support through money transfers and cash vouchers for low-income communities in Palestine and refugee camps in Jordan and Bangladesh.

As an umbrella for local food banks in 13 of the 20 countries covered by the campaign, the Food Banking Regional Network is collaborating with the Jordanian Food Bank to secure food parcels to the target groups in Jordan.

The use of cash and vouchers, equipped with biometric identification, proves to maximise food security outcomes amongst the target population.

They help beneficiaries secure access to a diverse and nutritious diet, affording them the choice to select priority needs, and presenting benefits to both buyer and seller by injecting capital into local markets and economies.

To ensure food parcels reach people most in need, the Food Banking Regional Network is collaborating with the Egyptian Food Bank and several charity organisations across Egypt, under the supervision and follow-up of the Ministry of Social Solidarity and its affiliated directorates in all governorates. 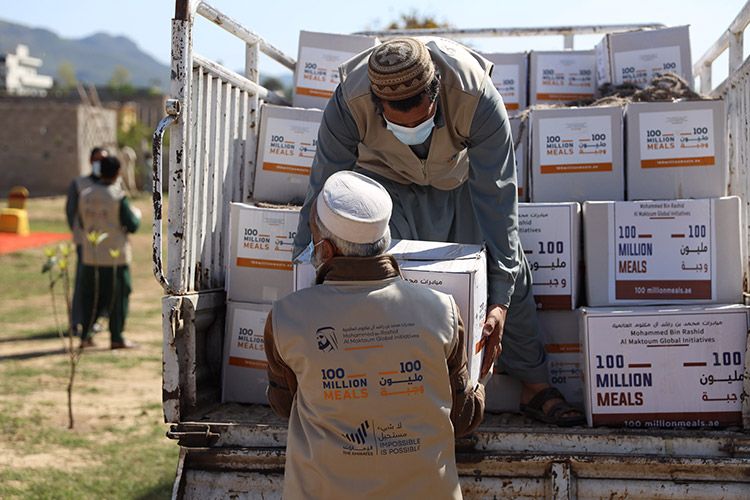 Essential food items like flour, rice, lentils, red beans, sugar, oil, dates, and tea have been distributed in three villages and neighborhoods of the city of Islamabad.


Low-income families and disadvantaged individuals across Egypt received basic foodstuffs like rice, oil, beans, beans, and flour. Food parcels distributed to families are sufficient to prepare between 240 and 300 meals throughout the Holy Month of Ramadan.

A partnership for the good of humanity

The integrated distribution network, developed in MBRGI’s collaboration the UN World Food Programme, the Food Banking Regional Network and local charities in beneficiary countries, ensures swift food support to the largest possible segment of beneficiaries and maximise the impact of the campaign that aims to improve lives.

Individuals and companies can donate to the ‘100 Million Meals’ campaign in four simple ways. First, on the campaign’s website www.100millionmeals.ae,  second, by making a transfer to the designated bank account through Dubai Islamic Bank (AE08 0240 0015 2097 7815 201); third, by sending "Meal" on SMS to the specified UAE numbers (Etisalat and Du) listed on the website; and fourth, by contacting the campaign call center on the toll-free number 8004999.

These were the details of the news VIDEO: ‘100 Million Meals’ campaign begins in Jordan, Pakistan, and Egypt for this day. We hope that we have succeeded by giving you the full details and information. To follow all our news, you can subscribe to the alerts system or to one of our different systems to provide you with all that is new.