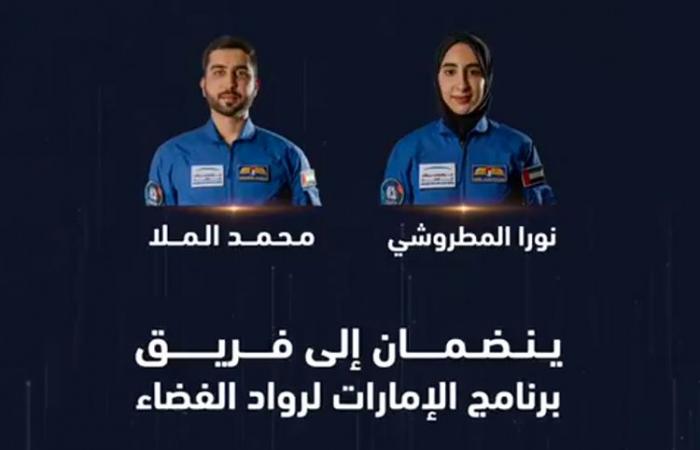 Nora Al Matrooshi, the first Emirati woman to be scaling the frontiers of outer space, and Mohammed Al Mulla have been selected as the two new astronauts, bringing the total number to four now.

"We announce today, thank God, two new Emirati astronauts ... among them the first Arab woman astronaut ... Nora Al Matrooshi along with Mohammed Al Mulla ... they have been chosen from among more than 4,000 applicants ... and their training will begin soon within the NASA astronaut programme ... We congratulate the country on them. We count on them to raise the name of the UAE in the sky," he tweeted.


These were the details of the news Sheikh Mohammed announces first Arab female astronaut for this day. We hope that we have succeeded by giving you the full details and information. To follow all our news, you can subscribe to the alerts system or to one of our different systems to provide you with all that is new.