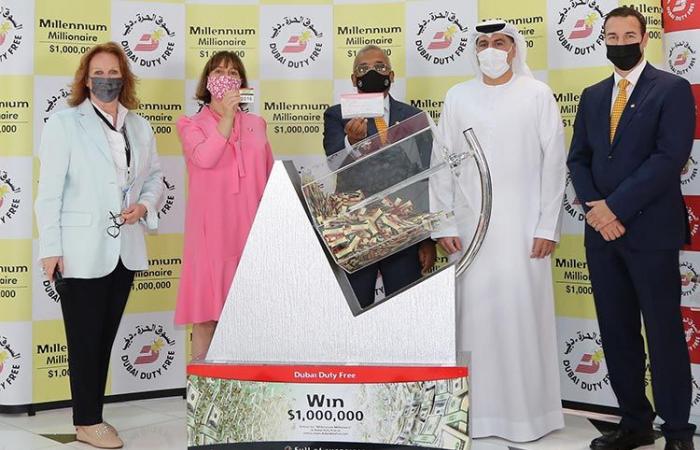 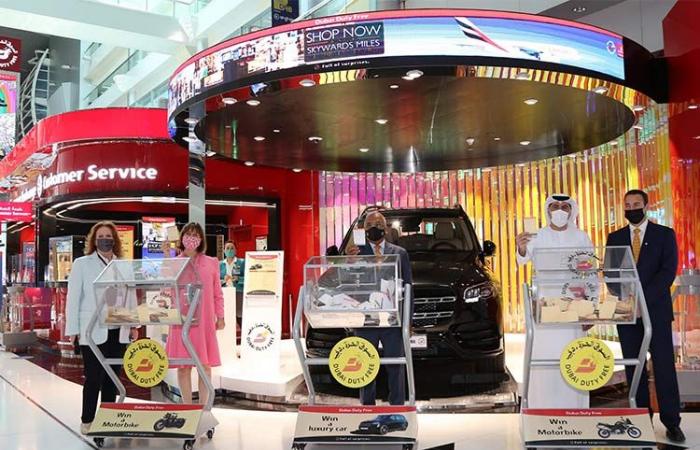 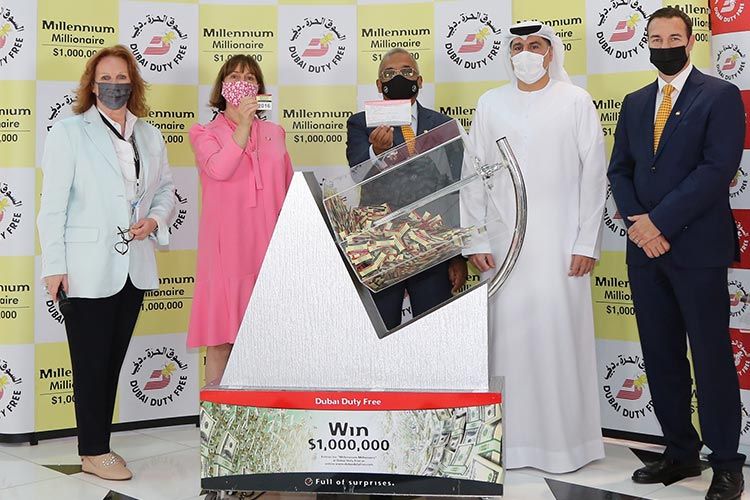 A Dubai Airport staff member from India became a US dollar millionaire while three other winners will drive away in a luxury vehicle as their winning tickets were drawn on Wednesday in the Dubai Duty Free Millennium Millionaire and Finest Surprise draw held in Concourse C at Dubai International Airport.

George Thomas, a 43 year-old Indian national based in Sharjah became the latest $1 million winner in Millennium Millionaire Series 355 with ticket number 2016, which he purchased on March 14.

A regular participant in Dubai Duty Free’s promotion for 6 years now, the expectant father of three, Thomas is a resident of Sharjah for 7 years and works as a supply chain and logistics supervisor for Dubai Airports.

“This is a blessing from God. Now the future of my children is well secured, thank you so much Dubai Duty Free,” he said upon hearing the news.

Thomas who hails from Kerala in India is the 179th Indian national to have won $1 million since the start of the Millennium Millionaire promotion in 1999.

Following the Millennium Millionaire draw the Finest Surprise draw was conducted for a luxury car and two motorbikes. 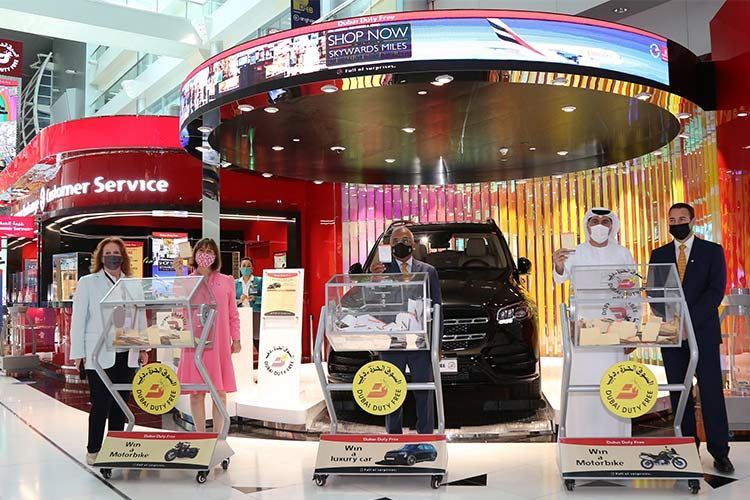 Hatem Yehia, a 53 year-old Lebanese national based in Sharjah, won a Mercedes Benz GLS 580 4M (Obsidian Black) car, with ticket number 1128 in Finest Surprise Series 1770, which he purchased at The Irish Village on March 5.

A regular participant in Dubai Duty Free’s promotion for 20 years now the father of two is a resident of Sharjah for 30 years and works as a Sales Manager for Al Shams Technical Works in Dubai.

“I can’t believe it! After a very long time, I finally won in Dubai Duty Free!” he said.

Meanwhile, Aryan Ravindra Shenoy, a 17 year old Indian national based in Dubai, won a BMW F 850 GS (Black/Yellow) motorbike, with ticket number 0653 in Finest Surprise Series 449, which his mother purchased under his name on their return to Dubai from India on 13th March.

A resident of Dubai for 20 years now, Shenoy is in twelfth grade in GEMS New Millennium School.

Speaking to his mother, Vidya Shenoy said, “We have been participating in Dubai Duty Free promotions for around 3 years now and we always put the ticket under our only son’s name because we consider him our lucky charm.”

A resident of Sharjah for 10 years and works as a property sales agent, Sharma has been participating in Dubai Duty Free promotion for more than four years now.

“Thank you Dubai Duty Free for this amazing prize. I hope to win the $1 million in the next time!” he said.

These were the details of the news Indian based in Sharjah wins $1m in Dubai Duty Free raffle draw for this day. We hope that we have succeeded by giving you the full details and information. To follow all our news, you can subscribe to the alerts system or to one of our different systems to provide you with all that is new.