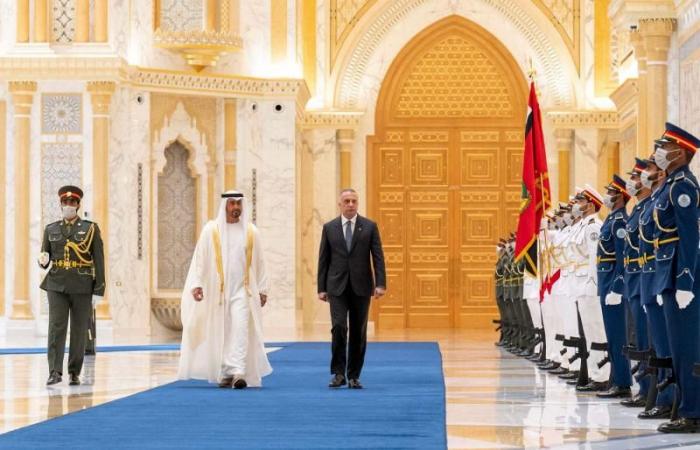 We show you our most important and recent visitors news details UAE to invest $3 billion in Iraq, direct flights to Abu Dhabi scheduled in the following article

“UAE announced its investment of three billion dollars in Iraq. The initiative aims to strengthen economic and investment relations, create new opportunities for cooperation and partnership, and advance economic, social, and developmental growth in support of the brotherly Iraqi people,” the statement said, according to WAM.

Both countries agreed to grow economic cooperation and accelerate trade and investment exchanges.

The two sides also announced the formation of the Iraqi-UAE Business Council to boost cooperation. Additionally, they agreed to propel energy cooperation, particularly in the field of clean energy.

According to WAM, the two countries also doubled down on the importance of strengthening security and defense cooperation and intelligence-sharing in their fight against terrorism.

Ahead of Kadhimi’s visit to Abu Dhabi on Sunday, Iraqi Airways announced plans to start direct flights to the United Arab Emirates’ capital Abu Dhabi from May 1, according to state-run Iraqi News Agency.

Khadimi’s UAE trip  follows one to Saudi Arabia last week, during which Riyadh said it would increase investments in Iraq by five-fold to $2.67 billion.

These were the details of the news UAE to invest $3 billion in Iraq, direct flights to Abu Dhabi scheduled for this day. We hope that we have succeeded by giving you the full details and information. To follow all our news, you can subscribe to the alerts system or to one of our different systems to provide you with all that is new.