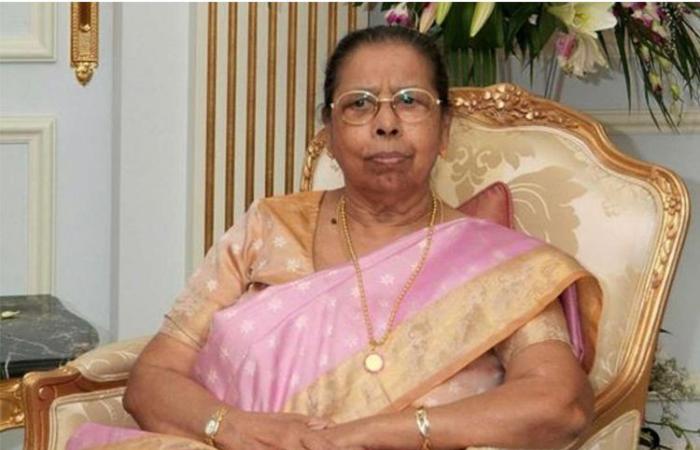 Sheikh Mohammed said on his Twitter account, “Mariamma Varkey moved to Dubai with her husband in 1959. Driven by an enduring passion for education, she started tens of schools with thousands of students inside and outside UAE. Mariamma recently passed away, leaving behind a legacy of education in UAE and beyond. ”

The Varkey family received a series of telegrams, calls, and letters of condolence over the death of Mariamma, the mother of the founder and chairman of GEMS Education Group, Sunny Varkey.

Institutions and government bodies praised the pioneering role of Mariamma in the development of the education sector in the UAE since she moved with her husband from the Indian state of Kerala to Dubai in 1959.

The couple founded the "Our English High School," before their son Sunny Varkey took over the helm in 1980 and contributed to the development by raising the level of education locally, regionally and internationally, through a wide range of schools he founded around the world.

Mariamma, in her distinguished role, contributed to changing the lives of many generations, and refining their educational level and skills.

Her humanitarian contributions have also been undertaken to develop girls ’education, educate teachers and shed light on their excellence.

The GEMS Education Group launched the “Mariamma Varkey Award for Inspiring and Distinguished Education” in 2016 in honour of the group's first school institution, which honours distinguished teachers and highlights their achievements and successful careers at an annual awards ceremony, in conjunction with World Teachers' Day that falls on October 5.

The Varkey family confirmed that her memory will remain engraved in the minds of her children first and foremost as a tender and generous mother and grandmother, as well as her leadership in the field of education.

These were the details of the news Sheikh Mohammed mourns the death of Mariamma Varkey for this day. We hope that we have succeeded by giving you the full details and information. To follow all our news, you can subscribe to the alerts system or to one of our different systems to provide you with all that is new.