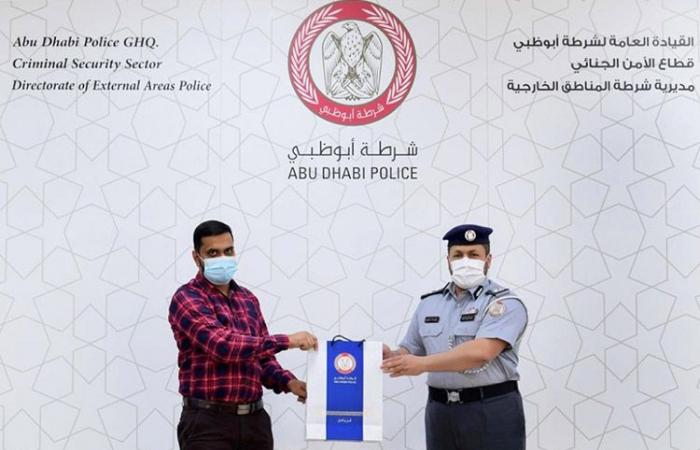 The Abu Dhabi Police have honoured an Asian man for his honesty, integrity and co-operation with the police.

The man had found a sum of money and rushed to hand it over to the police station.

Brigadier General Mubarak Saif Al Sabousi, Director of the Police Directorate of External Areas in the Criminal Security Sector, presented a gift to the Asian man, thanking him for his responsible initiative in co-operating with the police and his honesty.The honoured man thanked Abu Dhabi Police for the honour, valuing their role and continuous efforts in motivating the public to positively and effectively co-operate with the police to promote security, safety and reassurance in the society.

These were the details of the news Abu Dhabi Police honour Asian for his honesty for this day. We hope that we have succeeded by giving you the full details and information. To follow all our news, you can subscribe to the alerts system or to one of our different systems to provide you with all that is new.