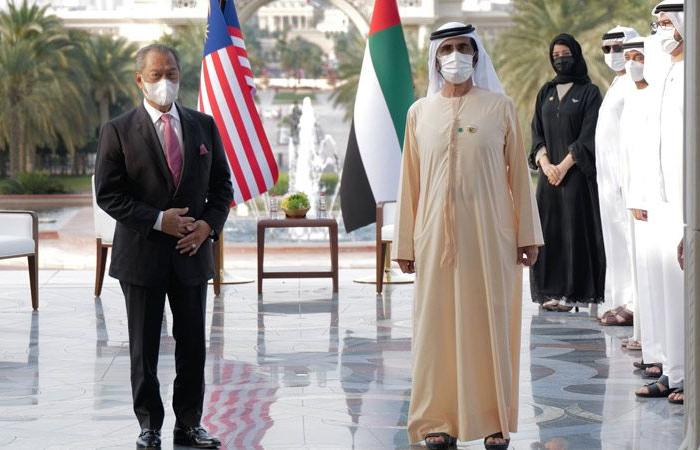 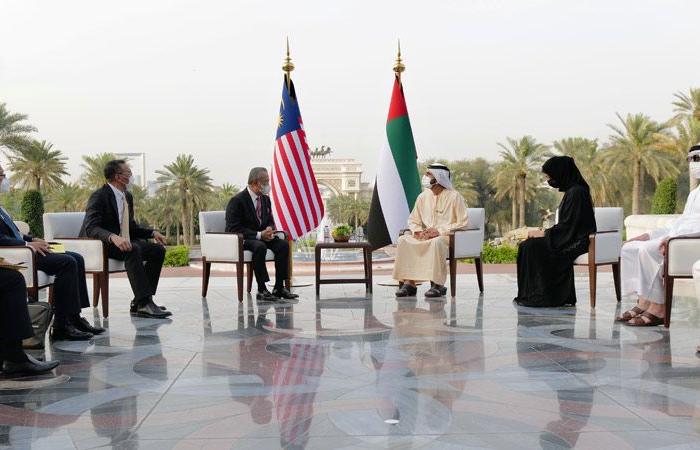 Hello and welcome to the details of Sheikh Mohammed, Malaysian PM discuss advancing partnerships and now with the details 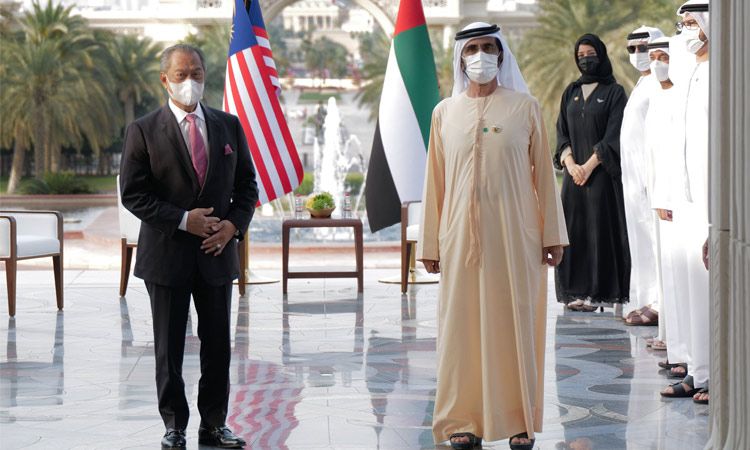 His Highness Sheikh Mohammed Bin Rashid Al Maktoum, Vice President, Prime Minister and Ruler of Dubai, on Wednesday reviewed the prospects of building up economic partnerships and accelerating trade exchange with Muhyiddin Yassin, Prime Minister of Malaysia, who is on a working visit to the UAE.

This came as Sheikh Mohammed received the State guest in the presence of Sheikh Maktoum Bin Mohammed Bin Rashid Al Maktoum, Deputy Ruler of Dubai, at a meeting which focused on the importance of establishing investment partnerships between the two nations across various sectors, primarily ports, clean energy, manufacturing, food security, among others, to the best interests of the two countries' peoples.

Sheikh Mohammed underlined the necessity of spurring global economic growth and stemming the negative fallout of the COVID-19 pandemic on the global sustainable development drive. 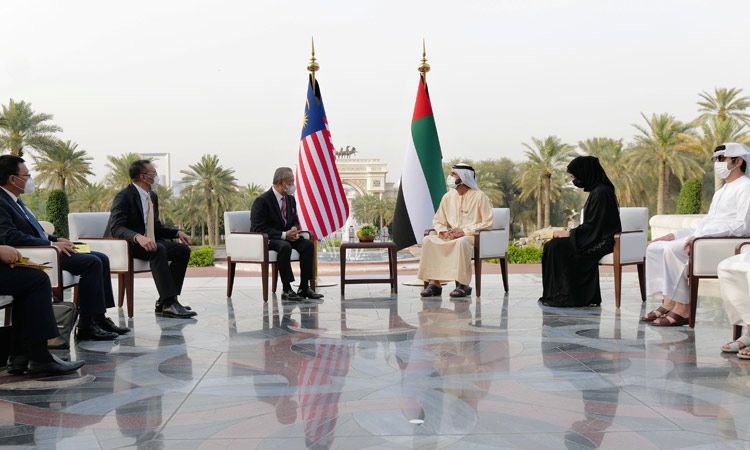 Also in attendance were Khaled Ghanem Al Ghaith, the UAE ambassador to Malaysia, Ambassador of Malaysia to UAE, Mohamed Tarid Sufian, and the delegation accompanying the Malaysian premier.

These were the details of the news Sheikh Mohammed, Malaysian PM discuss advancing partnerships for this day. We hope that we have succeeded by giving you the full details and information. To follow all our news, you can subscribe to the alerts system or to one of our different systems to provide you with all that is new.