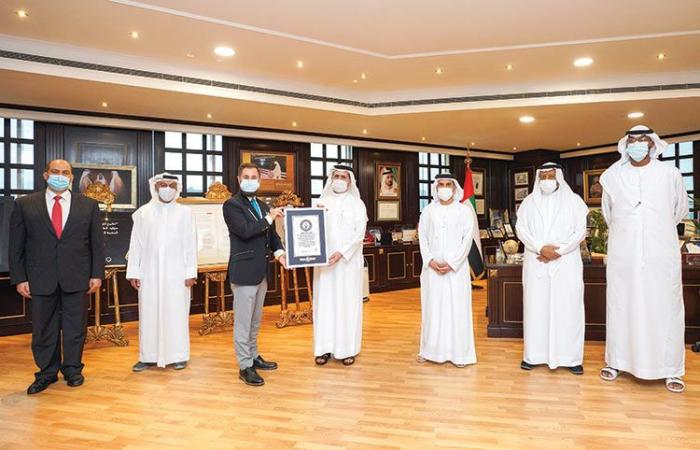 “At DEWA, we work in line with the vision of His Highness Sheikh Khalifa Bin Zayed Al Nahyan, President of the UAE; His Highness Sheikh Mohammed Bin Rashid Al Maktoum, Vice President and Prime Minister of the UAE and Ruler of Dubai; and His Highness Sheikh Mohamed Bin Zayed Al Nahyan, Crown Prince of Abu Dhabi and Deputy Supreme Commander of the UAE Armed Forces, to provide a state-of-the-art infrastructure that keeps pace with the requirements of sustainable development and customer demand. This vision is implemented through well thought-out plans developed using the latest forecasting tools. DEWA has created comprehensive electricity infrastructure development plans based on demand forecast until 2030, which seek to expand production capacity and transmission and distribution networks. Designed to cater to Dubai’s demographic and economic growth, these plans ensure we are able to provide our services to over one million customers while maintaining the highest standards of quality, safety, availability, reliability, and efficiency,” said Al Tayer.

“This global certificate crowns DEWA’s efforts to provide a state-of-the-art infrastructure for electricity and water to drive comprehensive sustainable development. It also consolidates Dubai’s position as a global economic hub, a leading destination for foreign direct investment, and a preferred place to live, work, and visit,” said Al Tayer.

Al Tayer said that the total assets of the power production and water desalination plants in the Jebel Ali complex are valued at over Dhs45 billion.

He noted that DEWA has a track record of global achievements. Dubai recorded the world’s lowest Customer Minutes Lost (CML) of 1.66 minutes per year; the lowest electricity transmission- and distribution-network-line losses of 3.3%, and one of the lowest water-network losses of 5.1%. Fuel Heat Utilisation in DEWA’s power plants reached 90%. The UAE, represented by DEWA, has maintained its first global ranking for the third consecutive year, with scores of 100% in all Getting Electricity indicators in the World Bank’s Doing Business 2020 report. The report measures the ease of doing business in 190 economies around the world.

“We are proud of this global recognition, which officially makes the Jebel Ali Power Plant and Water Desalination Complex the largest single-site power generation facility in the world powered by natural gas. The complex’s power generation and water desalination plants use world-class operational technologies, state-of-the-art smart solutions, and information technology systems. Emiratis with the best skills and qualifications are managing this complex. Our people are the most important success factors for DEWA’s Generation division. All of the division’s top management are Emiratis. DEWA is implementing the latest Fourth Industrial Revolution disruptive technologies, including Artificial Intelligence, Unmanned Aerial Vehicles, and other innovations. This has resulted in DEWA improving its generation efficiency by 33.41%, which also helped achieve considerable financial savings. This improvement has also reduced over 64 million tonnes of carbon emissions, which are equivalent to planting 327 million trees. It has also reduced over 46,000 tonnes of nitrogen oxide gases, and over 3,000 tonnes of sulphur dioxide,” said Nasser Lootah, Executive Vice President of Generation at DEWA.

These were the details of the news Dewa’s gas power facility gets Guinness World Records title for this day. We hope that we have succeeded by giving you the full details and information. To follow all our news, you can subscribe to the alerts system or to one of our different systems to provide you with all that is new.