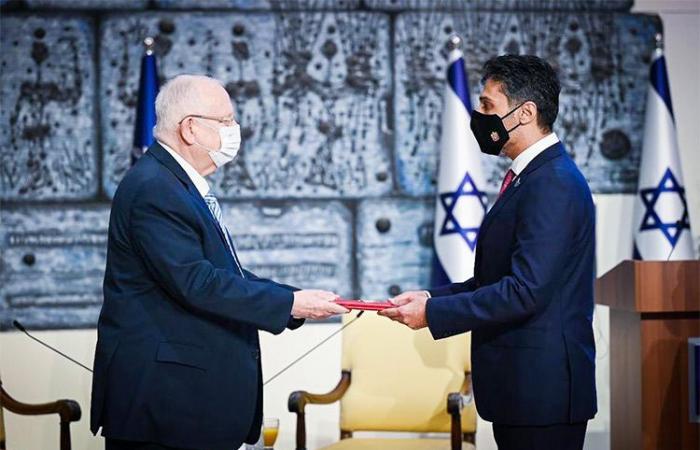 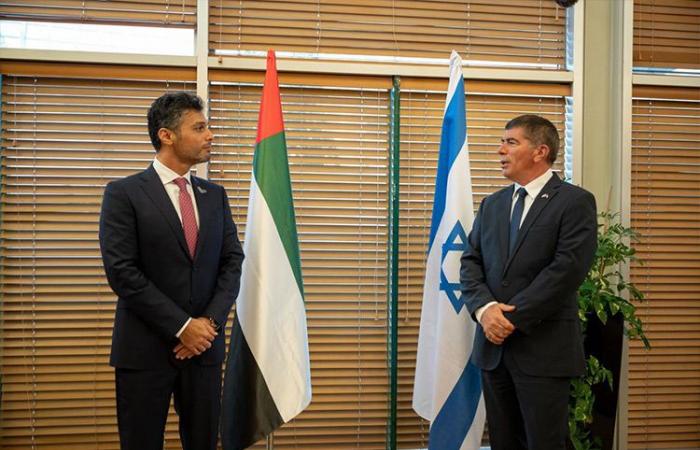 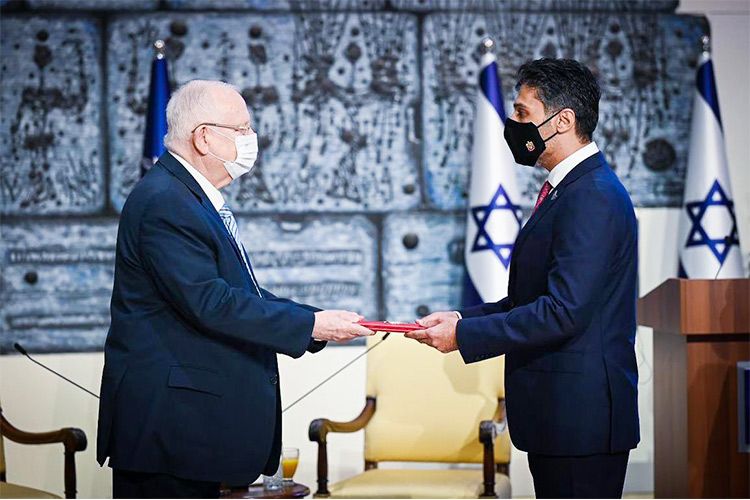 Ambassador of the UAE to Israel Mohamed Al Khaja arrived in Tel Aviv and presented his credentials to the President of the State on Monday.

Khaja wrote on his Twitter account, “I arrived today in Tel Aviv as the first UAE Ambassador to the State of Israel and met Gabi Ashkenazi, Israeli Minister of Foreign Affairs, to discuss growing bilateral relations since the signing of the Abraham Accords, as well as enhancing cooperation in various fields.” 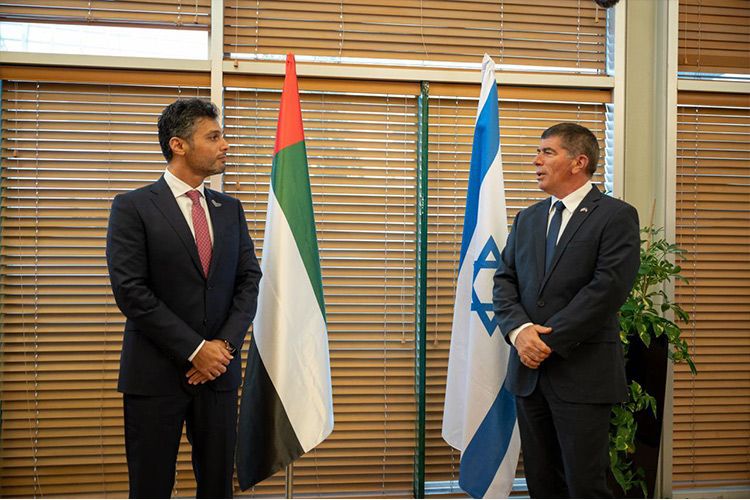 Mohamed Al Khaja poses for a photograph with Gabi Ashkenazi in Tel Aviv.

Khaja also said, “Today, I had the honour of presenting my credentials to HE Reuven Rivlin, President of Israel, as the first UAE Ambassador to the State of Israel. I look forward to representing my beloved country and working to strengthen cooperation and relations between our two countries.”

This is a significant milestone in relations between our countries.

“I welcome your arrival to promote the opening of an Emirati embassy, as well as the fast opening of the Israeli missions in the UAE.

“The establishment of relations with the UAE, who has a significant role in the Middle East, represents a regional paradigm shift and opens the window to an historic opportunity in which we may demonstrate a model of warm and inclusive peace between our countries and our peoples.”

During the call, views were exchanged on a number of issues of common interest, as well the importance of supporting all efforts aimed at achieving peace and stability in the region.

“We agreed to maintain our direct channel of communication and to further enhance cooperation.”

The UAE was the first country to agree to establish full diplomatic relations with the Jewish state under the Abraham Accords, a pact brokered by former US president Donald Trump.

The agreement made the UAE only the third majority Arab country to form official ties with Israel, following Egypt in 1979 and Jordan in 1994.

Bahrain, Morocco and Sudan have subsequently joined the Abraham Accords.

These were the details of the news UAE Ambassador Mohamed Al Khaja presents credentials to Israeli President Rivlin for this day. We hope that we have succeeded by giving you the full details and information. To follow all our news, you can subscribe to the alerts system or to one of our different systems to provide you with all that is new.