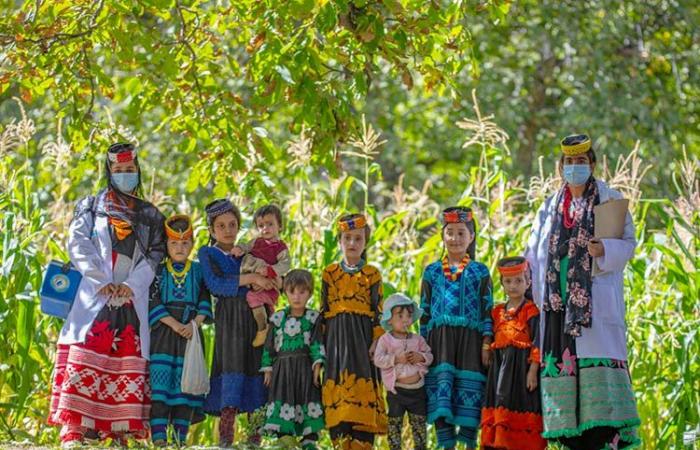 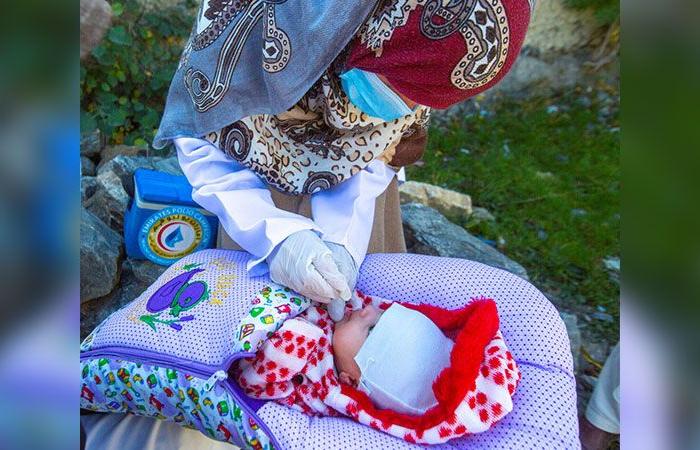 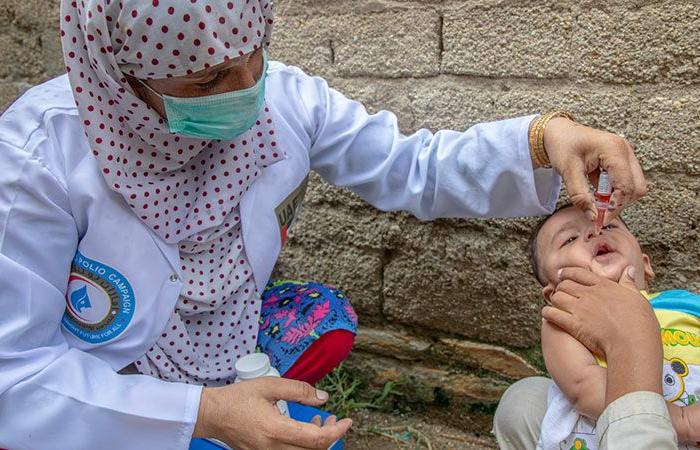 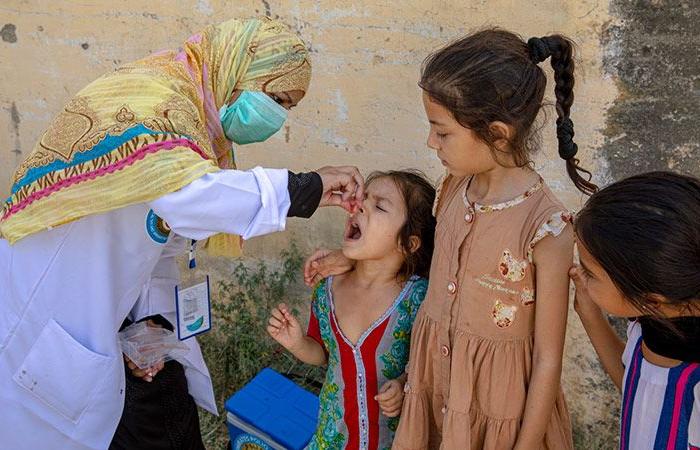 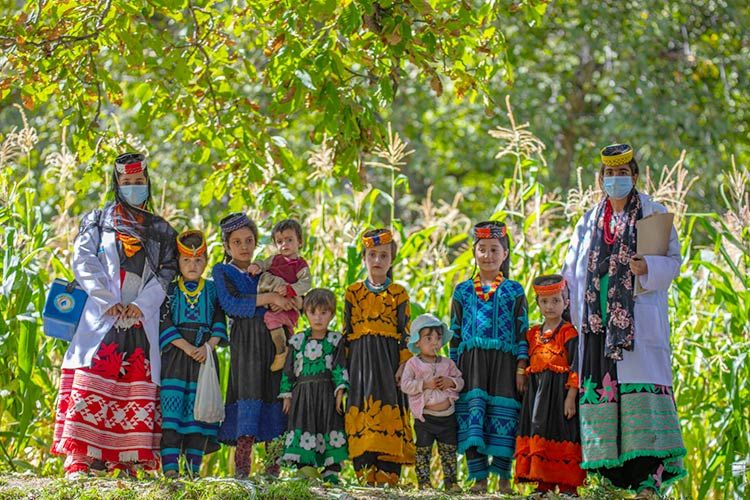 
Upon the directives of President His Highness Sheikh Khalifa Bin Zayed Al Nahyan, with the support of His Highness Sheikh Mohamed Bin Zayed Al Nahyan, Crown Prince of Abu Dhabi and Deputy Supreme Commander of the UAE Armed Forces, and the monitoring of Sheikh Mansour Bin Zayed Al Nahyan, Deputy Prime Minister and Minister of Presidential Affairs, to offer humanitarian and development aid to Pakistan, support its health sector and launch-related prevention programmes, the UAE Pakistan Assistance Programme (UAE PAP) announced the annual results of the UAE Polio Vaccination Campaign carried out in Pakistan from 2014 to the end of 2020.

The campaign succeeded in providing 508,092,472 doses of the polio vaccine to over 86 million children in Pakistan over seven years.

The programme highlighted the fact that the campaign was implemented due to an initiative of His Highness Sheikh Mohamed Bin Zayed to eradicate polio around the world, in line with the UAE’s humanitarian approach and cooperation with international organisations, through drafting social development programmes, curbing the spread of pandemics and diseases, providing humanitarian and health aid to poor and needy communities and people, and supporting global polio eradication initiatives. 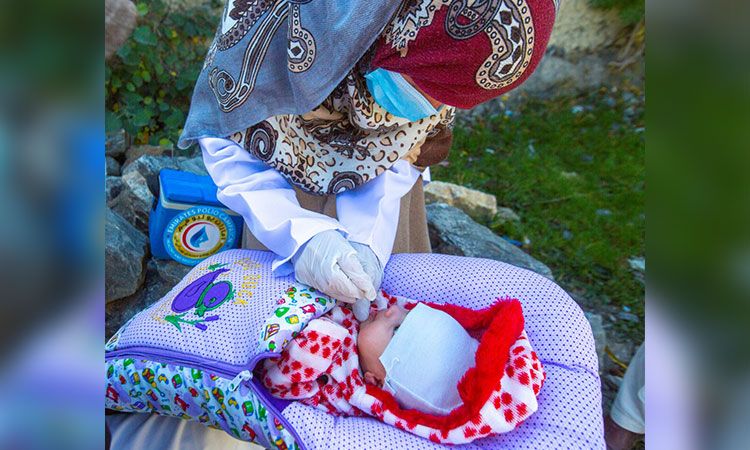 The campaign has helped 16 million children since July 2020.


Since 2011, His Highness Sheikh Mohamed donated $247.8 million to humanitarian and charity efforts aimed at providing vaccines and financing polio eradication campaigns, most notably in countries targeted by his initiative, which are Pakistan and Afghanistan.

The programme then pointed out that over seven years from 2014 to the end of 2020, the campaign in Pakistan has succeeded in reaching out to over 86 million children and provided 508,092,472 doses of the polio vaccine. During the challenges posed by the coronavirus (COVID-19) pandemic, the campaign managed to reach out to some 16 million children and provided over 52,515,000 doses since July 2020. 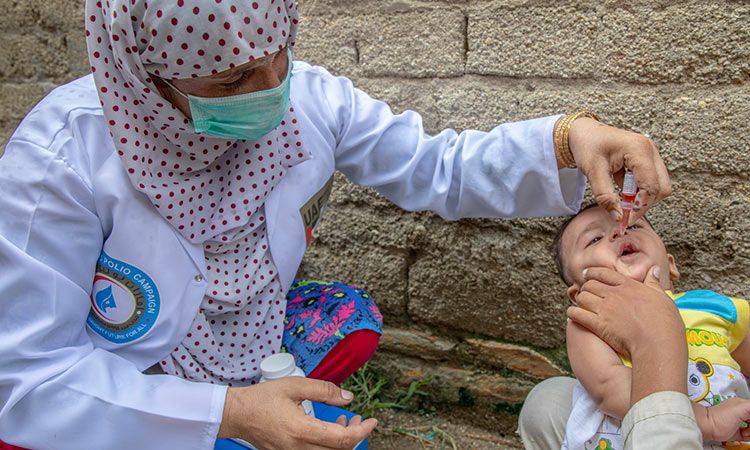 Over 103,000 doctors, observers and 82,000 security personnel were involved in the vaccination drive.


The programme noted that the efforts to launch vaccination campaigns in various Pakistani provinces witnessed the participation of over 103,000 doctors, observers and members of vaccination teams, and over 82,000 security personnel and coordination teams.

Mobile teams also have managed to reach out to 22 camps of Afghan refugees on the international border checkpoints where over 597,000 Afghan children were vaccinated.

In his statement on this occasion, Abdullah Khalifa Al Ghafli, Director of UAE PAP, said that the campaign’s success in providing over 500 million vaccine doses over seven years reflects the excellence and efficiency of the UAE’s humanitarian efforts and initiatives, upon the directives of President His Highness Sheikh Khalifa, with the support of His Highness Sheikh Mohamed Bin Zayed, and the monitoring of Sheikh Mansour Bin Zayed, adding that it succeeded in achieving their noble objectives to improve human health and protect people from diseases and pandemics. 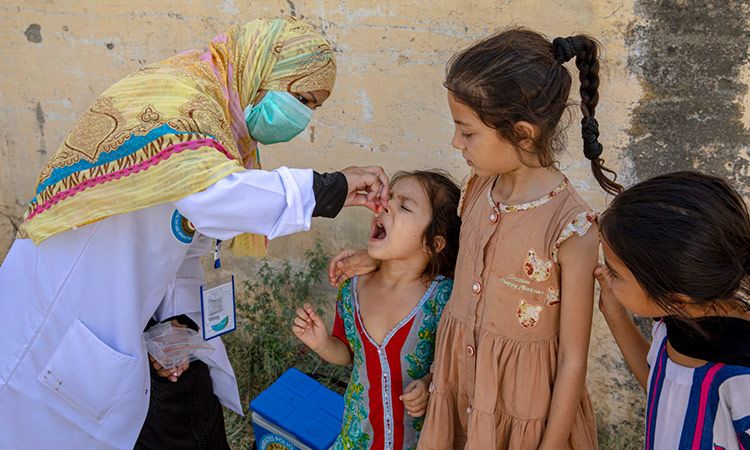 A health worker administers a polio vaccine to a child.


He added that the campaign’s success underscores the UAE’s leading role in reinforcing the efforts of the international community and the programmes of the United Nations (UN) agencies that aim to protect communities from diseases, pandemics, crises and disasters, stressing that the directives of the leadership to improve children’s preventive healthcare are a pioneering model of protecting children’s health.

Al Ghafli then pointed out that the humanitarian vision of Sheikh Mohamed and his generous donations have supported the international efforts and are key factors in eradicating polio around the world, adding that his initiative to eradicate the disease is a leading international health and humanitarian project that has proven effective in difficult to reach areas of Pakistan and Afghanistan.

He then commended the efforts and sacrifices of vaccination teams comprising doctors, nurses and security personnel who faced dire field conditions and challenges, which contributed to the programme’s success, affirming that the campaign covers 94 areas every month, which account for 59 per cent of Pakistan’s total landmass, serving over 16 million Pakistani children.

Children in these areas are in constant need of vaccines throughout the year, due to malnutrition and weak immunity, as well as an environment that acts as an incubator of the disease, which makes the job of the programme’s teams even harder, especially during the COVID-19 pandemic, he further added.

WHO says that the world had significant progress in reducing polio infection by 99.9 per cent over the past 30 years.

These were the details of the news UAE administers over 500m doses of polio vaccine to over 86m children in Pakistan for this day. We hope that we have succeeded by giving you the full details and information. To follow all our news, you can subscribe to the alerts system or to one of our different systems to provide you with all that is new. 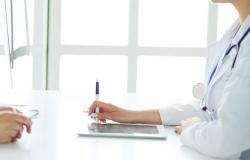 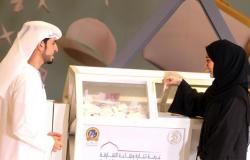 Sharjah Ramadan Festival concludes with over Dhs700m in sales