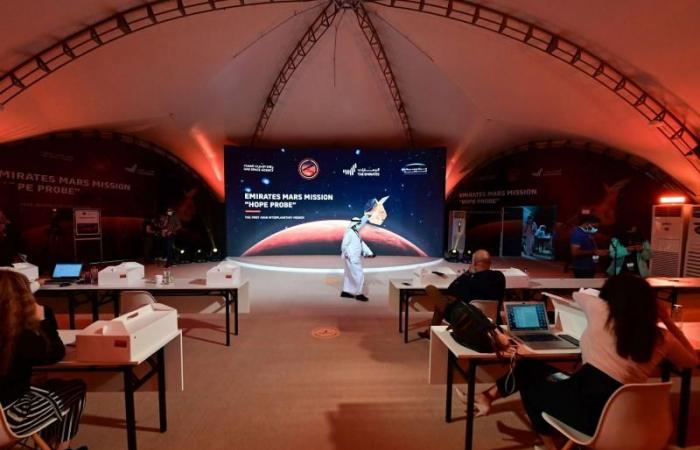 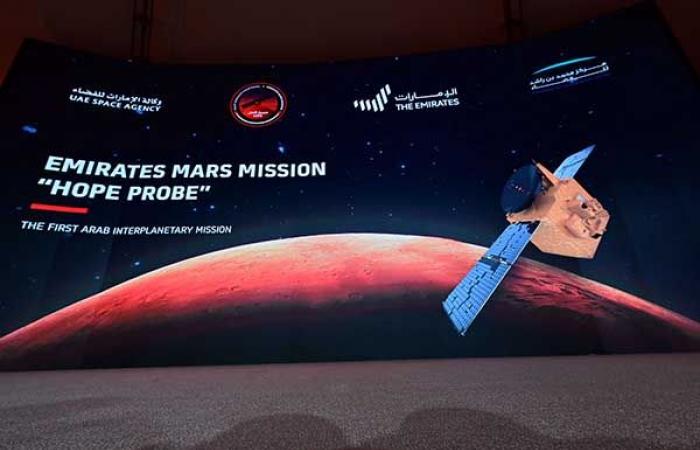 DUBAI – The first Arab interplanetary mission is expected to reach Mars’ orbit Tuesday on the most critical stage of its journey to unravel the secrets of weather on the Red Planet.

The unmanned probe — named “Al-Amal,” Arabic for “Hope” — blasted off from Japan last year, the latest step in the UAE’s ambitious space programme.

Here are some facts and figures about the oil-rich nation’s project, which draws inspiration from the Middle East’s golden age of cultural and scientific achievements.

The United Arab Emirates, made up of seven members including Dubai and Abu Dhabi, has 12 satellites in orbit, with plans to launch several more in coming years.

In September 2019, it sent the first Emirati into space, Hazza al-Mansouri, who was part of a three-member crew. They blasted off from Kazakhstan, returning home after an eight-day mission in which he became the first Arab to visit the International Space Station.

But the UAE’s ambitions go much further, with a goal of building a human settlement on Mars by 2117.

In the meantime, it plans to create a white-domed “Science City” in the deserts outside Dubai to simulate Martian conditions and develop the technology needed to colonise the planet.

The UAE has plans to launch an unmanned rover to the moon by 2024 and is also eyeing future mining projects beyond Earth, as well as space tourism.

It has signed a memorandum of understanding with Richard Branson’s space tourism company Virgin Galactic and announced the creation of a “space court” to settle commercial disputes relating to space industries.

Officials say the “most critical and complex” manoeuvre will begin on Tuesday at 1530 GMT, to slow the spacecraft enough to be captured by the gravity of the Red Planet.

The process will consume half of the spacecraft’s fuel, and it will take 11 minutes for a signal on its progress to reach Earth.

If successful, one loop around the planet will take 40 hours.

The “Hope” probe will remain in this phase for approximately two months, during which further testing will take place, until it is ready to enter the “science” orbit — when its data collection work begins.

Unlike the other two Mars ventures also this month, the Tianwen-1 from China and Mars 2020 from the United States, the UAE’s probe will not land on the Red Planet.

Three instruments mounted on the Hope probe will provide a picture of the planet’s atmosphere throughout the Martian year — 687 days.

The first is an infrared spectrometer to measure the lower atmosphere and analyse the temperature structure.

The second is a high-resolution imager that will also provide information about ozone levels. And the third, an ultraviolet spectrometer, is to measure oxygen and hydrogen levels from a distance of up to 43,000 kilometres from the surface.

Studying the atmospheres of other planets will allow for a better understanding of the Earth’s climate, officials say, and pave the way for scientific breakthroughs.

But the project is also designed to inspire a region too often beset by turmoil, and recall its heyday of scientific advances during the Middle Ages.

“The UAE wanted to send a strong message to the Arab youth and to remind them of the past, that we used to be generators of knowledge,” Omran Sharaf, the mission’s project manager, said.

The mission, if successful, would make the UAE the fifth nation to ever reach Mars, and is timed to mark the 50th anniversary of the country’s unification.

These were the details of the news Emirati ‘Hope’ mission nears orbit of red planet for this day. We hope that we have succeeded by giving you the full details and information. To follow all our news, you can subscribe to the alerts system or to one of our different systems to provide you with all that is new.