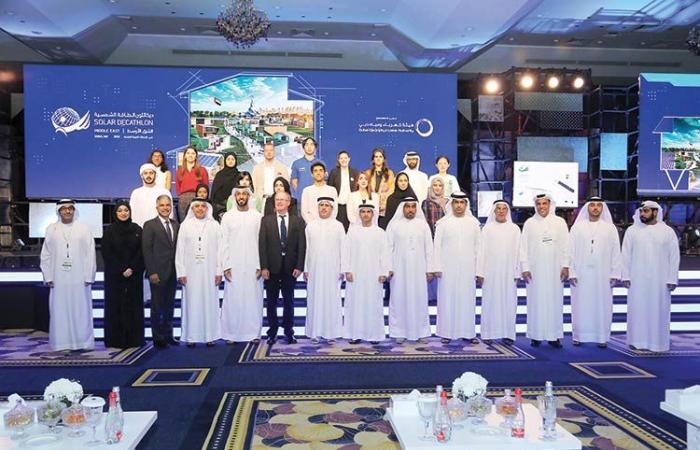 Dubai Electricity and Water Authority, DEWA, has organised a workshop for university teams who have qualified for the final stage of the 2nd Solar Decathlon Middle East, SDME 2020.

The three-day workshop discussed the competition’s rules and next steps, which is organised under the patronage of Sheikh Hamdan Bin Mohammed Bin Rashid Al Maktoum, Crown Prince of Dubai and Chairman of Dubai Executive Council.

In his keynote speech at the workshop, Saeed Mohammed Al Tayer, MD & CEO of DEWA, noted that hosting the first and second regional competitions of this global initiative with prizes totalling over Dhs20 million, emphasises Dubai’s position as a futuristic city that adopts sustainable solutions and provides opportunities for youth from around the world to be creative and innovative.

“One of the Eight Principles of Dubai, announced by His Highness Sheikh Mohammed Bin Rashid Al Maktoum, Vice President and Prime Minister of the UAE and Ruler of Dubai, state that, ‘The Emirate’s prominence, sustainability and competitiveness depend on its capacity to continue attracting skilled and talented people, and nurturing the brightest minds to generate innovative ideas.’ The Solar Decathlon Middle East, the largest and most competitive and challenging competition among international universities, aims to involve young people in the sustainable development process, and encourage them to innovate. It gives them the opportunity to unleash their creativity by developing innovative solutions that support global efforts to address the impact of climate change. This is achieved by designing, building, and operating smart and sustainable solar-powered homes that are efficient in terms of cost and energy consumption, while focusing on environmental conservation and the region’s climate,” said Al Tayer.

Al Tayer noted that the first Solar Decathlon Middle East, which DEWA organised for the first time in the Middle East and Africa, achieved remarkable success. It attracted over 600 students and academics from 54 nationalities. 15 teams from 28 universities in 11 countries around the world took part in the competition. Over 60,000 square metres were allocated at the Mohammed Bin Rashid Al Maktoum Solar Park to host this event.

These were the details of the news DEWA organises workshop for university teams for this day. We hope that we have succeeded by giving you the full details and information. To follow all our news, you can subscribe to the alerts system or to one of our different systems to provide you with all that is new.