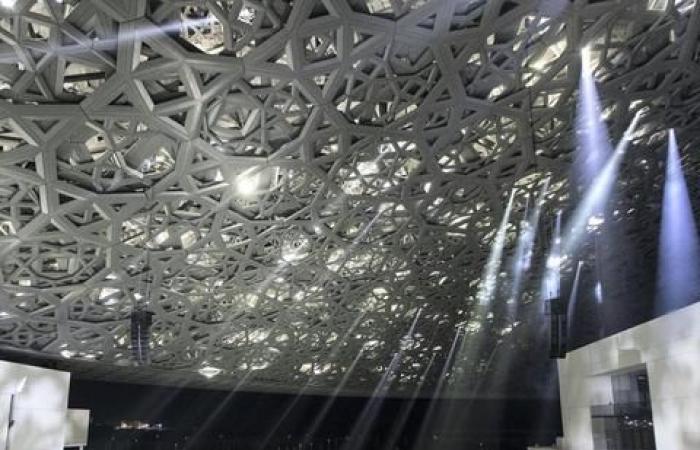 Thank you for your reading and interest in the news Coronavirus: Abu Dhabi among 'safest destinations in the world', says tourism chief as visitors return and now with details

Mohamed Khalifa Al Mubarak, chairman of the Department of Culture and Tourism, said the safety of the public remained paramount as authorities laid the groundwork to maintain the capital's position as a key attraction.

Mr Al Mubarak delivered his hopeful message on the heels of Abu Dhabi announcing on Thursday that tourists can once again secure visas to travel to the emirate.

As we prepare to welcome visitors once again, we are doubling our efforts in ensuring the safety of our destinations

The Federal Authority for Identity and Citizenship (ICA) said the move would "support recovery plans of the country's tourism sector and economy".

"Tourism is one of the cornerstones of economic development. This is why, over the past few years, we have developed the tourism infrastructure in the emirate of Abu Dhabi, in line with the knowledge economy strategies implemented by the government. This includes enhancing the tourism workforce and encouraging more talent to contribute to the growth of the sector," said Mr Al Mubarak.

He admitted the rise of coronavirus had affected the tourism industry across the globe.

"The Covid-19 pandemic has undoubtedly had its impact on the industry, presenting us with a number of unprecedented challenges," he said.

"We have had to approach these challenges with innovative solutions and strategies to revive the sector while maintaining the safety and well-being of our local community, which has always been our utmost priority.

"We also took this time to develop a number of cultural and heritage programmes, which incorporate a wealth of talent from various backgrounds and age groups.

"Additionally, we have worked on creating a number of ground-breaking virtual experiences to enable travellers to appreciate the best of Abu Dhabi, amidst a number of closures and travel restrictions imposed by the pandemic."

Mr Al Mubarak said bolstering the key tourism sector was key to plans to revive the economy amid Covid-19.

"Through this innovation and commitment, the UAE has succeeded in setting a shining example in crisis management with its globally acclaimed Covid-19 response," he said.

"We have worked relentlessly alongside other government entities to launch a number of initiatives to support the tourism sector during this period and elevate the level of trust amongst our consumers to position Abu Dhabi as one of the safest destinations in the world.

"And today, as we prepare to welcome visitors once again, we are doubling our efforts in ensuring the safety of our destinations to guarantee our guests a safe and unforgettable experience."

Saood Al Hosani, undersecretary of the Department of Culture and Tourism, said officials were now focused on enticing tourists back to Abu Dhabi.

"Abu Dhabi has been recognised and highly praised for its efficient, persistent and rapid response to managing and containing the spread of Covid-19 through a series of initiatives developed by local government and the relevant authorities, including DCT Abu Dhabi," he said.

"The implementation of stringent measures and safety guidelines helped boost consumers’ confidence towards our destination, while simultaneously revitalising the tourism sector.

"With the reopening of tourism in the UAE, we hope to promote Abu Dhabi as the safe destination it truly is by enhancing our efforts to ensure the safety and well-being of visitors and residents.

"We are especially focused on enhancing the safety measures to protect all employees within the culture and tourism sectors, who play a key role in making our destination experience an exceptional one by creating a sustainable creative environment.

"Abu Dhabi is a diverse destination with a variety of landscapes and environments, from which a multitude of unique cultural communities have grown to create a vibrant scene.

"We are currently working to develop the destinations within these communities to reflect our rich heritage, enabling creativity to thrive and spurring significant economic growth."

These were the details of the news Coronavirus: Abu Dhabi among 'safest destinations in the world', says tourism chief as visitors return for this day. We hope that we have succeeded by giving you the full details and information. To follow all our news, you can subscribe to the alerts system or to one of our different systems to provide you with all that is new.