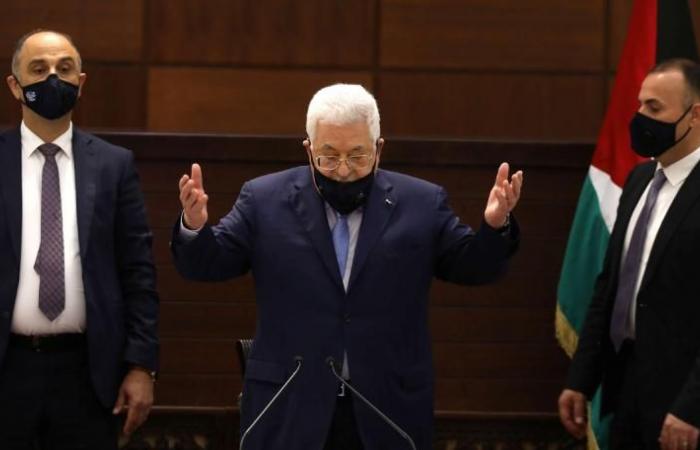 LONDON – Palestinian political sources ruled out that an upcoming meeting this week in Turkey between leaders of Fatah and Hamas would result in reconciliation between the two warring factions.

Sources close to top Palestinian officials told The Arab Weekly that the reconciliation drive encouraged by Turkey and Qatar, after the signing of the Emirati and Bahraini normalisation agreements with Israel, would come with a price tag that neither Fatah nor Palestinian President Mahmoud Abbas can afford right now.

They indicated that at the top of the cost for Hamas are the demands that it relinquishes one-third of the membership in the Palestinian National Council—which is, for all intents and purposes, Fatah’s parliament—and retiring all the leading bodies represented by the PLO’s Executive Committee and Central Council. Other demands concern the Palestinian Authority and its ministries and diplomatic missions.

A Fatah delegation is expected to arrive in Turkey some time this week, headed by Jibril Rajoub, secretary of the Fatah Central Committee.

Rajoub will meet with Saleh al-Arouri, deputy head of Hamas’s political bureau of Hamas, who jas been living in Istanbul for years.

Arouri fled to Turkey after being forced by Israel and Egypt to leave the West Bank because of his activities, and he is accused by the United States of funding terrorist cells in Israel and the West Bank.

Turkey's move to sponsor negotiations between the two rival factions comes with its own calculations. The previous negotiations were sponsored mainly by Egypt, but this time Turkey wants to score political points by playing the role of mediator and at the same time incite public opinion against the UAE after its move to normalise relations with Israel.

All previous agreements sponsored by Egypt, Qatar and Saudi Arabia have failed to end the thirteen-year-old conflict between Fatah and Hamas.

Turkish President Recep Tayyip Erdogan has provided sanctuary and support to Hamas, including granting Turkish citizenship to some of its leaders, as part of his attempts to expand Turkey's influence in the region.

A well-informed Palestinian source ruled out that Abbas could switch allegiances and align himself in the same axis as Hamas, the Iranian-Turkish-Qatari-Muslim Brotherhood one.

However, the source did not rule out that the meeting between Rajoub and Arouri in Turkey could be the last of Abbas’s manoeuvres and messages to his former allies in the moderate Arab camp.

According to the source, the Palestinian elite controlling power and influence in Ramallah is well aware that it is in a weak position that will be secondary in the alliance with Hamas after the Gulf states, Egypt and Jordan expressed their support for the UAE's decision to normalise relations with Israel.

The same source told The Arab Weekly, “Fatah's reconciliation with Hamas means opening the door to a blockade on the Palestinian Authority and the PLO, because Hamas and Islamic Jihad are on terrorist lists, not only in the Gulf countries but in many European capitals as well.”

A Palestinian political analyst expected the failure of Turkish efforts to bring Fatah and Hamas together, stressing that there is no Palestinian reconciliation as long as Mahmoud Abbas remains president of the Palestinian Authority.

Both of the rival Palestinian organisations have gone through serious crises, with their constituencies in the West Bank and Gaza Strip, especially a growing crisis of trust. Following the signing of the Emirati and Bahraini agreements with Israel, they couldn’t even draw enough people for demonstrations. In the Palestinian district of al-Khalil — with 800 thousand inhabitants—only about sixty people showed up for a demonstration, most of whom were members of the Palestinian security services, while a demonstration in Ramallah scheduled for last Friday was scrapped because less than twenty people showed up.

President Mahmoud Abbas was hoping for some financial support from Qatar after accusing the UAE and its leaders of high treason and burning Emirati flags and pictures. On September 3, he sent a member of the Fatah Central Committee, Hussein al-Sheikh, to Doha to request an urgent $300 million loan. Al-Sheikh, however, returned empty-handed but for Doha’s advice to go back to coordinating with the Israeli side to have it release the PA’s share of taxes, pointing out that an Israeli loan valued at 900 million shekels was already in the finances of the Palestinian Authority.

Palestinian political analyst Adly Sadiq said the formula sought by Hamas from the upcoming meeting in Turkey does not entail ​​ending the division on the ground.

“There is a difference between ending the division and reconciling the leaders of the two movements. The latter are practically reconciled, but the two movements are far from the idea of ​​ending the division, as none of them is ready to relinquish its powers in the areas they control either under Israeli occupation or in besieged Gaza, in favour of a politically strong national entity, and thus end the farce of the absence of single Palestinian institutions and address,” Sadiq told The Arab Weekly.

He added that the Muslim Brotherhood, with which Hamas is linked, has been optimistic reconciliation, but in reality it wants to maintain the division given that Gaza borders Egypt and the Brotherhood will not allow an end to the division to come out of Egyptian efforts, as the Brotherhood and the Turkish regime really want to use the Gaza Strip and Hamas inside it to increase Egypt's political and security concerns.

Sadiq, who is a former Palestinian diplomat, expressed his belief that the meeting in Turkey will not go beyond the square of re-achieving the personal reconciliation that already exists between the leaders of the two movements, while neglecting to achieve the desired Palestinian national goal of ending the division. Politically, it won’t be harmful to have Hamas leader Ismail Haniyeh and Abbas publicly exchange courtesies.

It must be noted that Haniyeh's speech during the videoconference meeting in Beirut a few days ago was bitterly criticised for the speaker’s excessive praise of Abbas, since the Hamas bases, as well as Fatah's bases in Gaza, could not overlook the fact that they have been the victims of Abbas’s policies over the past decade.

These were the details of the news Reconciliation with Hamas too costly for Abbas to afford for this day. We hope that we have succeeded by giving you the full details and information. To follow all our news, you can subscribe to the alerts system or to one of our different systems to provide you with all that is new.