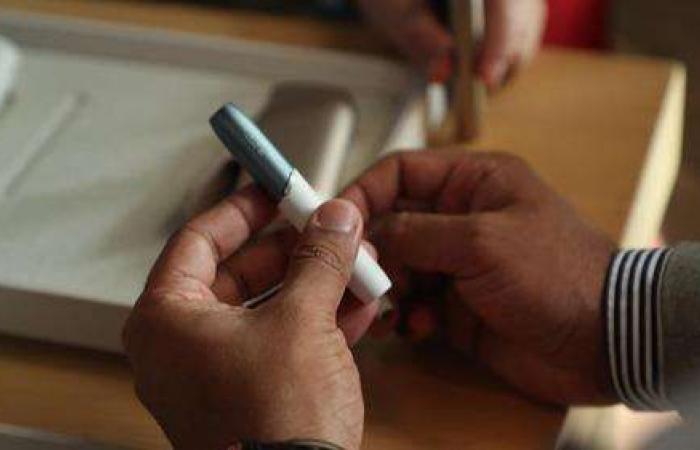 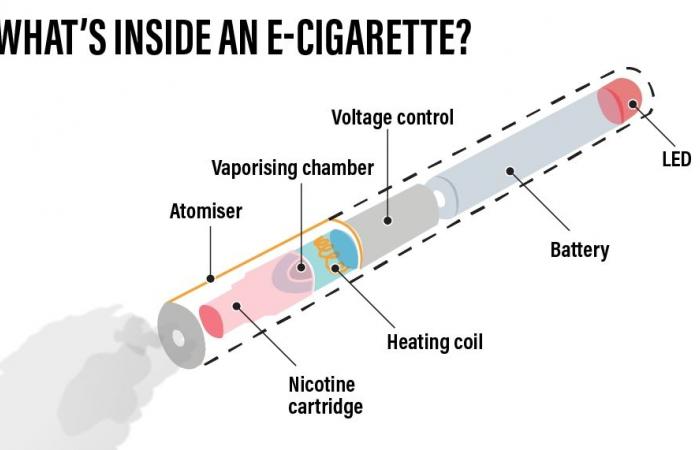 Hind Al Soulia - Riyadh - UAE doctors warned against the use of all inhalation devices after the US Food and Drug Administration gave its support to the marketing of a new cigarette alternative.

In a landmark ruling, the FDA approved the promotion of the iQOS, a heated tobacco stick.

The nicotine product was developed by Philip Morris International (PMI).

As there was no burning, the levels of harmful chemicals were significantly reduced compared to cigarette smoke, according to the company.

This could be a lesser evil, but it is still an evil and is certainly not safe.

But doctors in the Emirates said that vulnerable teenagers could now be exposed to a nicotine habit by aggressive advertising of new technology.

“It must be emphasised it is preferable not to take up any kind of smoking or inhaling of fumes no matter what the device is,” said Dr Sreekumar Sreedharan, an internal medicine specialist at Aster Clinic in Karama, Dubai.

“The kind of marketing to promote these devices could appeal to young people who will see these products as safe.

“The FDA has not approved these drugs, just the marketing associated with it. Any kind of nicotine product cannot be considered safe.”

A conventional cigarette slowly burns tobacco at about 800°Celsius.

Vaping nicotine has soared to epidemic levels among US teenagers.

The trend prompted the US surgeon general, the operational head of the US Public Health, to declare any form of nicotine use among young people as unsafe.

“Studies have shown the toxicity may be less, but it does not mean they are zero,” he said.

“It may be preferable for a smoker to use iQOS, but there is still concern about the use of these devices by young people.

“Maybe there were good intentions [to approve marketing] for people using cigarettes, but what about experimenting teenagers?

“This could be a lesser evil, but it is still an evil and is certainly not safe.”

Like vaping, the long-term health impact of heat-not-burn products is largely unknown, yet advocates said smokers should be allowed access to a tobacco alternative.

Since they went on sale in the UAE last year, iQOS-type products have increased in popularity.

“This product is still tobacco, and from a medical perspective we know that is a problem,” said Dr Sukant Bagadia, a pulmonologist at NMC Royal Hospital in Dubai.

“But if it is advertised as a quitting aid, then I can see why it would be supported.

“Quitting should mean quitting, but if a heavy smoker wants to transition towards a less harmful product this could be beneficial.”

Critics of the heat-not-burn technology claim that research showed fewer chemicals were released said it was based on industry funded data, rather than independently sourced studies.

In the UK, advertising iQOS-type devices and related tobacco products is banned.

Smoking accounts for about 90 per cent of the 150 new lung cancer cases reported in the UAE each year.

Of all global cancer deaths, almost a quarter were attributed to lung cancer.

Tobacco remains the leading cause of preventable death, killing around eight million people a year.

However, the FDA said available scientific evidence demonstrated that the iQOS would benefit the health of the population as a whole, taking into account both users of tobacco products and non-smokers.

Devices went on sale in the US in April 2019 as regulators hoped providing smoke-free alternatives would speed up the decline in cigarette use.

The iQOS is available in more than 52 countries, and is a commercial success in Japan, South Korea, Russia and Italy.

PMI promised to stop selling cigarettes in the UK by 2030, while heavy promotion of smoke-free products was seen at music festivals.

“Many of the tens of millions of American men and women who smoke today will quit – but many won’t.

“iQOS is a fundamentally different product than combustible cigarettes and must be regulated differently, as the FDA has recognised.”

These were the details of the news UAE doctors warn against smoke-free cigarettes after US approves their promotion for this day. We hope that we have succeeded by giving you the full details and information. To follow all our news, you can subscribe to the alerts system or to one of our different systems to provide you with all that is new.