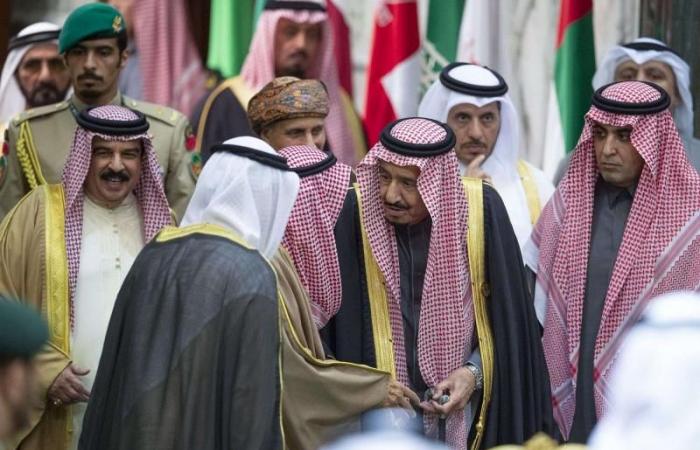 LONDON - Qatar is trying to clinch a reconciliation process on its own terms in its dispute with Gulf countries, regional experts said.

Rumours of impending reconciliation were given a boost by reports of a visit by Qatari Foreign Minister Sheikh Mohammed bin Abdulrahman al-Thani to Riyadh last May and by the Saudi leadership's warm welcome to Qatari Prime Minister Sheikh Abdullah bin Nasser al-Thani during the recent Gulf Cooperation Council (GCC) summit, even though Qatari Emir Sheikh Tamim bin Hamad al-Thani did not attend.

The Arab Quartet -- Saudi Arabia, Bahrain, the United Arab Emirates and Egypt -- has been boycotting Qatar since June 2017 over allegations of support to Islamic extremists and close ties with Iran.

Sheikh Mohammed seemed gratified by the exercise of visiting Riyadh. "We have broken the stalemate of non-communication to starting a communication with the Saudis," he told CNN December 15.

However, on the substance of the dispute, Sheikh Mohammed referred to "small progress," a likely euphemism for no progress at all on the issues, observers said.

Doha does not seem to be in a hurry to meet Arab Quartet demands at the root of the showdown. "We believe we are still at a very early stage and what happened in the last two-and-a-half years was a lot and there is, I think, a need for some time to rebuild trust again,” Sheikh Mohammed said.

Beyond the gestures and direct contact, the process can more accurately be described as being at square one. "We want to understand the grievances. We want to study them and to assess them and to look at the solutions that can safeguard us in the future from any other potential crisis," Sheikh Mohammed added.

His stance shows an unwillingness to acknowledge the 13 demands made by the Arab Quartet, including severing of ties with the Muslim Brotherhood and ending Doha's threatening proximity to Tehran and its hosting of Turkish military bases.

Sheikh Mohammed denied any support to the Muslim Brotherhood and said Doha will continue its increasingly militarised relations with Ankara.

“Any country that opened up for us and helped us during our crisis, we will remain grateful for them... and we will never turn our back to them," he declared.

Sheikh Hamad bin Jassim al-Thani, Qatar’s still influential former prime minister, was even making demands on his country's neighbours. He said reconciliation talks must address "the harm inflicted on Qatar" from the boycott so that “such policies are not repeated.”

“I am with a reconciliation that comes without conditions and which protects the dignity and sovereignty of nations,” he wrote on Twitter, adding that it will "take years" to rebuild trust among GCC members.

Most Gulf countries and Egypt did not seem convinced by Doha's approach before the GCC summit. Their doubts were not dispelled by statements made by Qatari officials.

“It's in the hands of Qatar to make sure that all our worries that led to us to boycott them are dealt with from their part,” Bahraini Foreign Minister Sheikh Khalid bin Ahmed Al Khalifa said at the Manama Dialogue in November.

"The onus lies with the one that caused the crisis, to reconsider erroneous policies that led to its isolation," UAE Minister of State for Foreign Affairs Anwar Gargash recently tweeted.

Experts said Doha is interested in securing a better negotiating posture by dealing with Saudi Arabia separately and possibly in driving a wedge between Riyadh and other Gulf capitals.

Diplomatic sources said Doha wants Saudi Arabia to reauthorise overflight access for Qatari aeroplanes and reopen Qatar's land border. The transportation boycott has been economically costly for Qatar and would be an additional handicap for Doha as it tries to iron out issues complicating its hosting of the 2022 FIFA World Cup.

These were the details of the news Doha seeking a deal on its own terms for this day. We hope that we have succeeded by giving you the full details and information. To follow all our news, you can subscribe to the alerts system or to one of our different systems to provide you with all that is new.