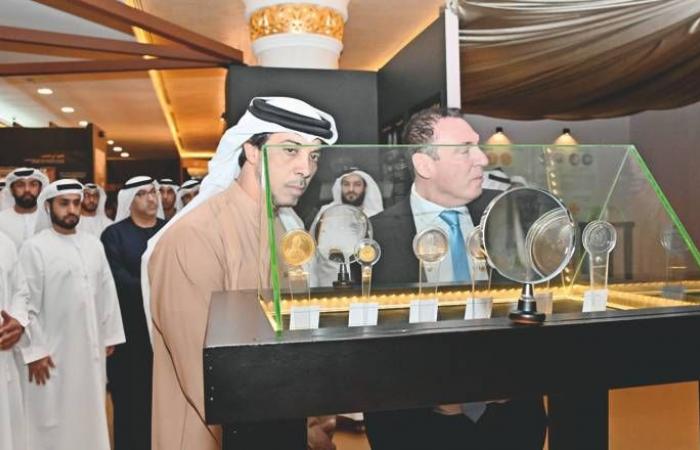 Rare coins dating from the pre-Islamic era to the rise and expansion of the Islam are being showcased at a unique exhibition in the Capital.

The Sheikh Zayed Grand Mosque in Abu Dhabi is hosting the exhibition titled the Coins of Islam: History Revealed. This is the first time that the collection of the rare and precious coins are being brought together for public viewing.

Sheikh Mansour bin Zayed Al Nahyan, Deputy Prime Minister and Minister of Presidential Affairs, inaugurated the exhibition on Tuesday. The three-month exhibition that will run until April 28 is being held under the patronage of Sheikha Fatima bint Mubarak, Chairwoman of the General Women's Union, President of the Supreme Council for Motherhood and Childhood, and Supreme Chairwoman of the Family Development Foundation. Sheikha Fatima has also lent a selection of coins from her private collection to the exhibition.

The exhibition narrates the history of coinage across different Islamic eras and highlights the cultural interaction and exchange among cultures.
Coins of Islam exhibition consists of approximately 350 rare and precious coins dating from the time of Alexander and largely tracking the emergence of the Islamic empire from just after the time of the Prophet to the emergence of the Caliphates in Syria and its subsequent spread across North Africa into Al Andalus. The collection includes a complete set of 52 Umayyad gold dinars that have never been seen in public.
Abu Dhabi expat Dr Alain Baron, founder of Numismatica Genevensis SA, is the curator and organiser of the exhibition.
Sheikh Mansour said: "Hosting this exhibition at Sheikh Zayed Grand Mosque Centre complements the full range of cultural programmes organised regularly, which reflect its status as a leading global cultural destination that plays a prominent role in supporting the cultural movement and enhancing national identity within the UAE."
[email protected]

These were the details of the news Rare coins reveal the rise and expansion of Islamic faith in UAE for this day. We hope that we have succeeded by giving you the full details and information. To follow all our news, you can subscribe to the alerts system or to one of our different systems to provide you with all that is new.