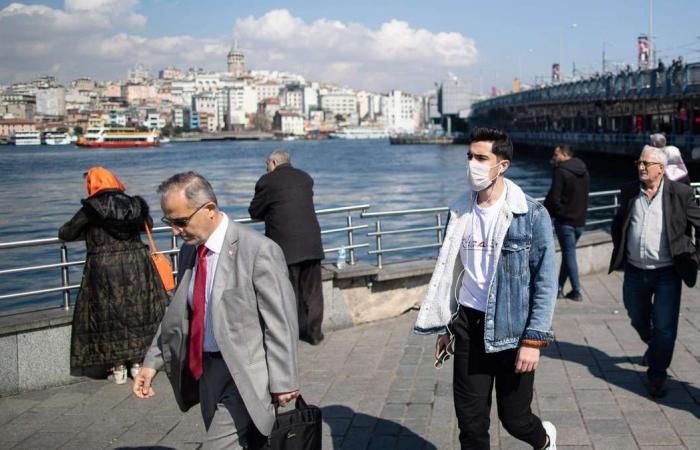 Hind Al Soulia - Riyadh - Turkey’s transport minister has been replaced amid criticism of the tender process for the controversial Istanbul canal project as the country faces a growing coronavirus crisis.

Mehmet Cahit Turhan was removed as head of the Transport and Infrastructure Ministry just days after the first tender was held for the canal, which aims to link the Black Sea to the Marmara Sea as an alternative shipping route to the Bosphorus.

The scheme, which even President Recep Tayyip Erdogan has described as “crazy”, has faced widespread opposition over its potential cost and environmental damage.

The 45 kilometres waterway would skirt the northern suburbs of Istanbul and is estimated to cost $11.6 billion, although critics claim it could reach $75 billion. Thursday’s tender process saw five companies bid up to 550,000 Turkish liras (Dh 313,000) to rebuild two historic bridges.

The project has been on hold since it was first suggested by Mr Erdogan in 2011 but was revived after Turkey’s 2018 currency crisis.

Istanbul Mayor Ekrem Imamoglu, a member of the opposition Republican People’s Party (CHP), has campaigned against the scheme and a public consultation saw tens of thousands of Istanbul residents sign a petition opposing it.

Mr Imamoglu criticised conducting the tender while Istanbul faced the consequences of the coronavirus outbreak.

“I am leaving it to the public to judge those who held an auction for Canal Istanbul today instead of supporting the millions who are worrying about their livelihoods,” the mayor tweeted.

Mr Turhan, whose surprise sacking by presidential decree was announced in the early hours of Saturday, was appointed minister in July 2018. No reason was given for replacing him with his deputy Adil Karaismailoglu. The ministry did not respond to a request for comment.

The canal project has been surrounded by claims that it will devastate the Marmara Sea’s ecosystem and threaten Istanbul’s water supply.

While the government says the new route would reduce the risk of accidents in the Bosphorus, critics say the real reason for the scheme is to benefit developers and construction companies close to Mr Erdogan’s Justice and Development Party (AKP).

Earlier “mega-projects”, such as Istanbul’s new airport and the third Bosphorus bridge, have been accused of providing little public benefit while lining the pockets of pro-AKP businessmen.

CHP MP Ozgur Ozel suggested Mr Turhan’s dismissal was linked to the bridges tender. “Friends, in this current system, a minister is not dismissed in this country at 2am at night for not having postponed Canal Istanbul tender,” he said on Twitter. “Probably, there has been a mistake regarding which firm won the bid.”

These were the details of the news Erdogan sacks Turkey's transport minister after controversial canal tenders for this day. We hope that we have succeeded by giving you the full details and information. To follow all our news, you can subscribe to the alerts system or to one of our different systems to provide you with all that is new.